The popular E! show “Fashion Police” was dealt a harsh blow when comedian and host Joan Rivers died unexpectedly this year. But the show has soldiered on and has found a worthy replacement for Rivers in comedian Kathy Griffin.

Technically, Griffin is probably one of the best choices for the role, if not the best. Both Griffin and Rivers seem cut from the same brash, explosive cloth. Both comedians are also very controversial, so like with Rivers, Griffin’s allure is that you either like her or you don’t. It’s really going to be up to the viewer’s personal preference as to whether they tune into Griffin’s style of comedy.

In any event, Griffin is highlighted in E!’s new promo for “Fashion Police,” as well as stylist Brad Goreski, the show’s other newcomer. Overall, the promo seems to show a brand new version of “Fashion Police” and it seems the show is making an effort to respect the past seasons and come out with a fresh slate.

Check out the promo below the post. What do you think about this upcoming season of “Fashion Police”? Will you watch when it airs Jan. 12, 2015? Give your opinions in the comments section below. 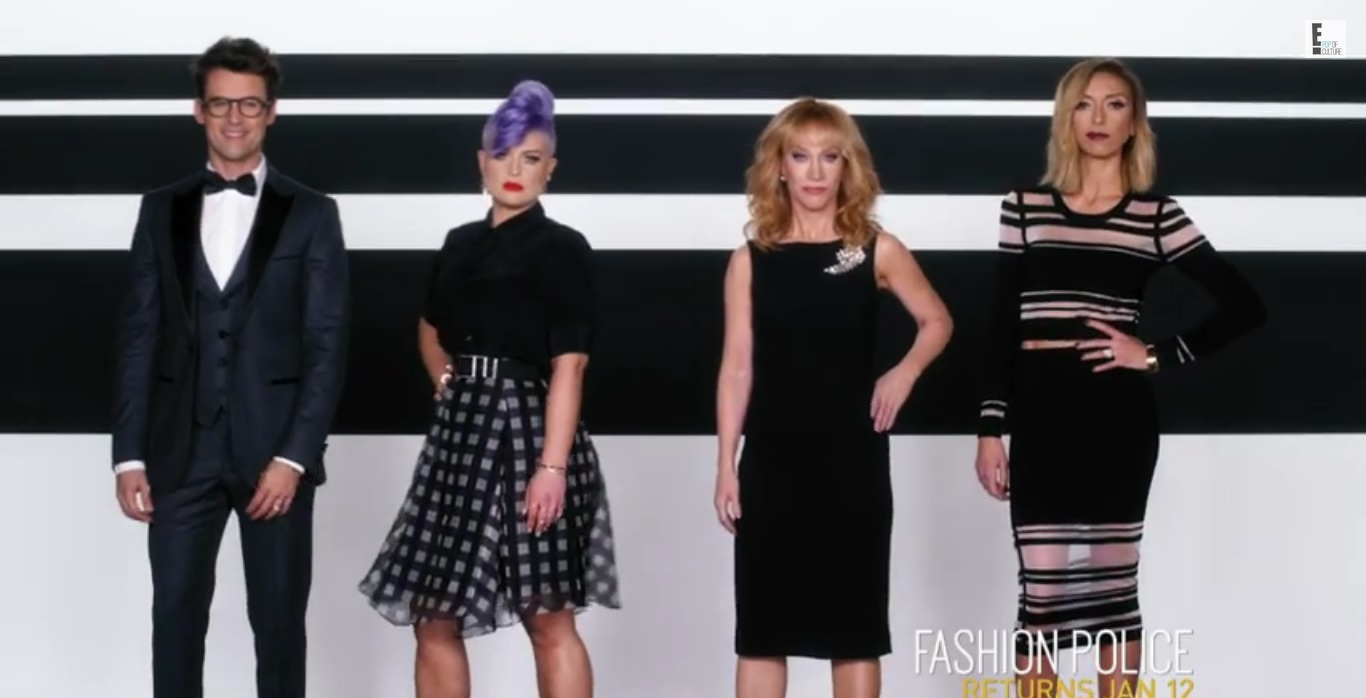