The film features a man who wants to get closer to his wife, but the weekend has different plans in mind for the couple.

“Carl (Huntington) plans a weekend getaway to reconnect with wife Sue (Rath) at the same lodge he spent countless weekends with his sexy ex (Chriqui). Worlds collide when they learn the ex now runs the B&B, and Carl is forced to face the one who got away.”

From what I’ve seen, it feels like the film will have some of the things rom-com fans love about the genre, but also some unexpected twists that could put a fresh spin on the idea of the rom-com. Overall, it looks promising.

This film looks like a great one to ease into January and the rom-com film season (because you know more rom-coms are on their way). Take a look at the trailer below and write your opinions about the film in the comments section below. “Three Night Stand” comes to theaters and Video On Demand Jan. 16. 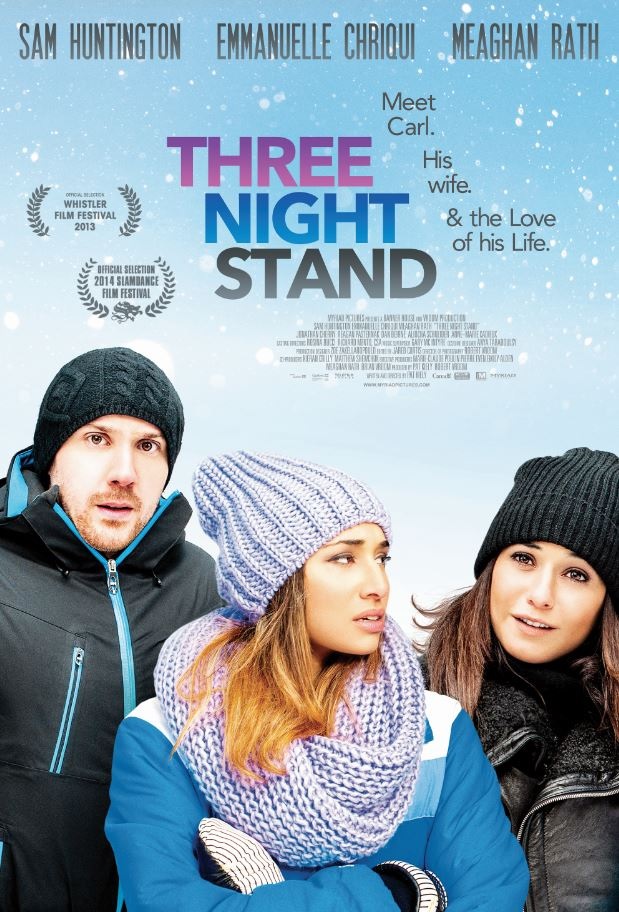