The Devil’s Violinist Coming to Theaters and VOD Jan. 30

One of the newest movie stars is a professional violinist! Violinist superstar David Garrett is starring in “The Devil’s Violinist,” coming to theaters and VOD Jan. 9. The film also stars Jared Harris (“Lincoln,” “Mad Men”), Christian McKay (“Rush”) and Joley Richardson (“Nip/Tuck”) and is directed by Bernard Rose (“Immortal Beloved”).

The film focuses on a virtuoso who is constantly surrounded by scandal amid his fame.

In 1830, violin virtuoso and notorious womanizer Niccolò Paganini (David Garrett) is at the peak of his career, acclaimed throughout Europe. His name alone suggests countless affairs and scandals – which is exactly what his manager Urbani (Jared Harris) is doing his utmost to cultivate, for it is in his interest to market his famous client the best way possible. Only the London public has yet to be conquered. In a plan to lure Paganini to London, impresario John Watson (Christian McKay) and his mistress Elisabeth Wells (Veronica Ferres) risk all they own. Business- savvy Urbani ultimately manages to bring Paganini to the British capital, albeit against his will. And thanks to the rave reviews by journalist Ethel Langham (Joely Richardson), Urbani’s strategy seems to be working better than he imagined.

You can learn more about the movie at Freestyle Digital Media.

What do you think about “The Devil’s Violinist”? Give your opinions in the comments section below! 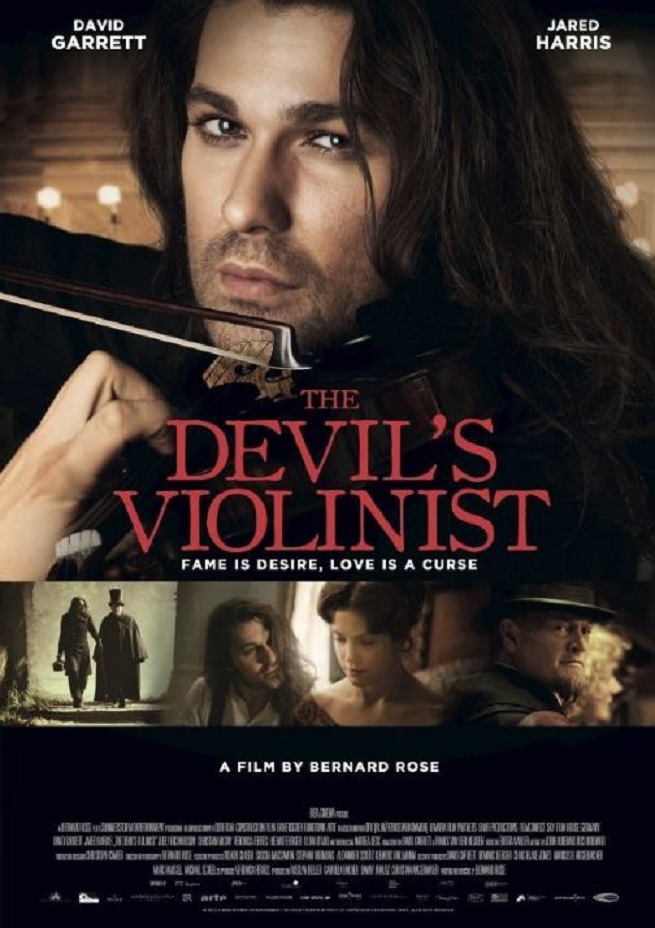