The Western is an interesting genre, one that historically did not belong entirely to the United States. Stories were usually set there in the American West but often made by non-American filmmakers such as Sergio Leone. This year’s Sundance World Cinema Dramatic Competition brings a film coproduced by the United Kingdom and New Zealand that sets itself in the West after the Civil War, following a young Scottish boy in search of his true love, who has come to America. This Western is in many ways traditional, full of slow developments and less exciting moments, gradually building action straight through its intense final act.

Kodi Smit-McPhee, who starred in a Western of sorts at last year’s Sundance Film Festival, Young Ones, portrays Jay, a kindly seventeen-year-old who has come from Scotland to track down and be reunited with Rose (Caren Pistorius), who was in a class below him back home but who has managed to win his heart. He carries with him a guide to the Northwest for foreigners, which is just one of the indicators for outlaw Silas (Michael Fassbender) that Jay needs protection from harm at every turn. Silas’ motives, however, are not as pure as helping a young kid out for a small sum. Rose and her father are wanted for murder, and Silas is sure that Jay can take him right to his bounty.

This film’s title could not be any more appropriate. This is a slow crawl of the West, executed with no particular rush to get anywhere. While that might be a boon for the genre, this film does have some trouble making its story truly engaging at its start, and it is only as Jay and Silas get further and closer to Rose that it intensifies and grabs its viewer. There are familiar Western tropes that emerge and make the film more accessible and cinematically impressive. The landscape of the West is used to tremendous effect, with each trek between human contact feeling lengthy and isolated.

Smit-McPhee, who at eighteen years old has already made a number of good films with strong performances, lends his token humanity to the role of Jay, making him the definition of a do-gooder, always intent on doing the right thing. He is, of course, hardly fit for the Wild West, and his love for Rose blinds him, particularly because he knows of what she has done and could not possibly expect that she would be able to start completely fresh in America. Fassbender delivers one of his quieter performances, but every time he speaks it is evident that he can master any situation. Silas reacts loudly when he is irritated or feels that his time is wasted, but it is mesmerizing to see the calm and control he exercises in moments of true crisis or danger. Ben Mendelsohn, also appearing at Sundance this year in Mississippi Grind, stands out in the supporting cast as a bounty hunter who has frequently crossed paths with Silas, and Pistorius, whose resume is mostly Australian television, is a breakout as Rose, who manages to be much more than her character might need to be on paper. This is a film that devotees of the Western genre should find pleasing, and those without an avid enthusiasm for that kind of film may enjoy as well. 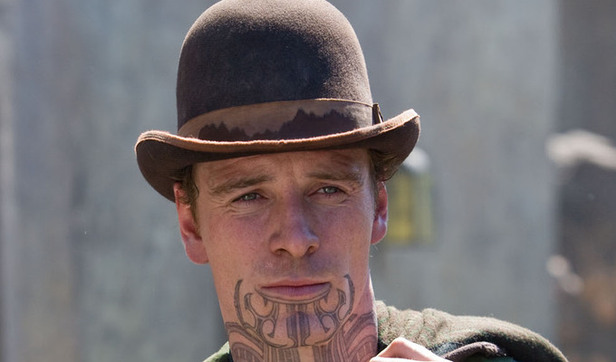