There is a kind of world that can exist in a film marketed specifically to young audiences that possesses equal parts misery and wonder. Such a universe can actually be quite grim in nature, yet the naïve, optimistic outlook of one plucky protagonist can negate the innate negativity and create instead a spirit of adventure. That is certainly the case in The Games Maker, a Sundance Kids selection that tells the tale of a young boy obsessed with making and developing games, which ultimately becomes his saving grace when a tragic accident sends him to a fearsome boarding school for orphans.

It is easiest to understand the initial setup of The Games Maker by thinking about a present-day child with a brain for programming who seeks to do nothing but write code for complicated computer games or phone apps. Set sometime in the past, the film has a feel similar to that of Hugo, where it might as well be some recent time in history but for the magical elements that present themselves in subtle but unmistakable ways. Young Ivan Drago (David Mazouz) enters a competition to create a legendary game and keeps it secret from his father (Tom Cavanagh), who detests games, which turns out to be because his own father, Nicholas (Ed Asner), is a famed game inventor. A seemingly innocent day of hot air ballooning leaves Ivan anticipating a reunion with a family member he desperately seeks after his harsh imprisonment at the dismal school he must now call home.

Losing his family and feeling alone does not stop Ivan from trying to manipulate the world around him so that he can best play life’s game. The slow and somewhat fantastical sinking of his new school, which is described as having more than enough floors and requiring nothing more than a new entryway every twenty years when one level ends up underground, is a fantastic impetus for Ivan to concoct the perfect – and enormously complex – escape plan with the help of his similarly-minded friend Anunciacion. A 111-minute runtime provides ample opportunity for the plot to morph into something wholly unrecognizable, as escaping one horror is just a step on the path to another haunting place, this one populated by the evil Morodian (Joseph Fiennes), who has gone to great lengths to recreate Ivan’s life to control his potential.

There are certain aspects of The Games Maker that truly appeal, most notably the existence of Professional Ivan (Ivan Masliah), who has to the best of his ability conjured up an eerie double for Ivan and who resists being called “Fake Ivan” by the subject of his performance. The real Ivan is actually the film’s best selling point, always energetically looking for not just how to solve but moreso how to create the next big puzzle. Mazouz is adept at playing precocious boys after time spent as a mute genius on Touch and as a young Bruce Wayne in the new franchise prequel series Gotham. Megan Charpentier plays opposite him well as kindred spirit Anunciacion. Fiennes seems to enjoy twirling his literal and metaphorical mustache, but the adult cast member who most stands out is Asner, whose initial appearance as Ivan’s grandfather, made via black-and-white television broadcast, firmly establishes him as an influential motivator for Ivan, a marvelous symbol of the fulfillment and happiness Ivan seeks. This is, first and foremost, an adventure, one that should delight and enthrall kids with a love for fantasy, and should also entertain adult audiences for its first half before a decidedly less controlled second act.

This Sundance Kids entry is screening in Park City on January 25th and January 31st. 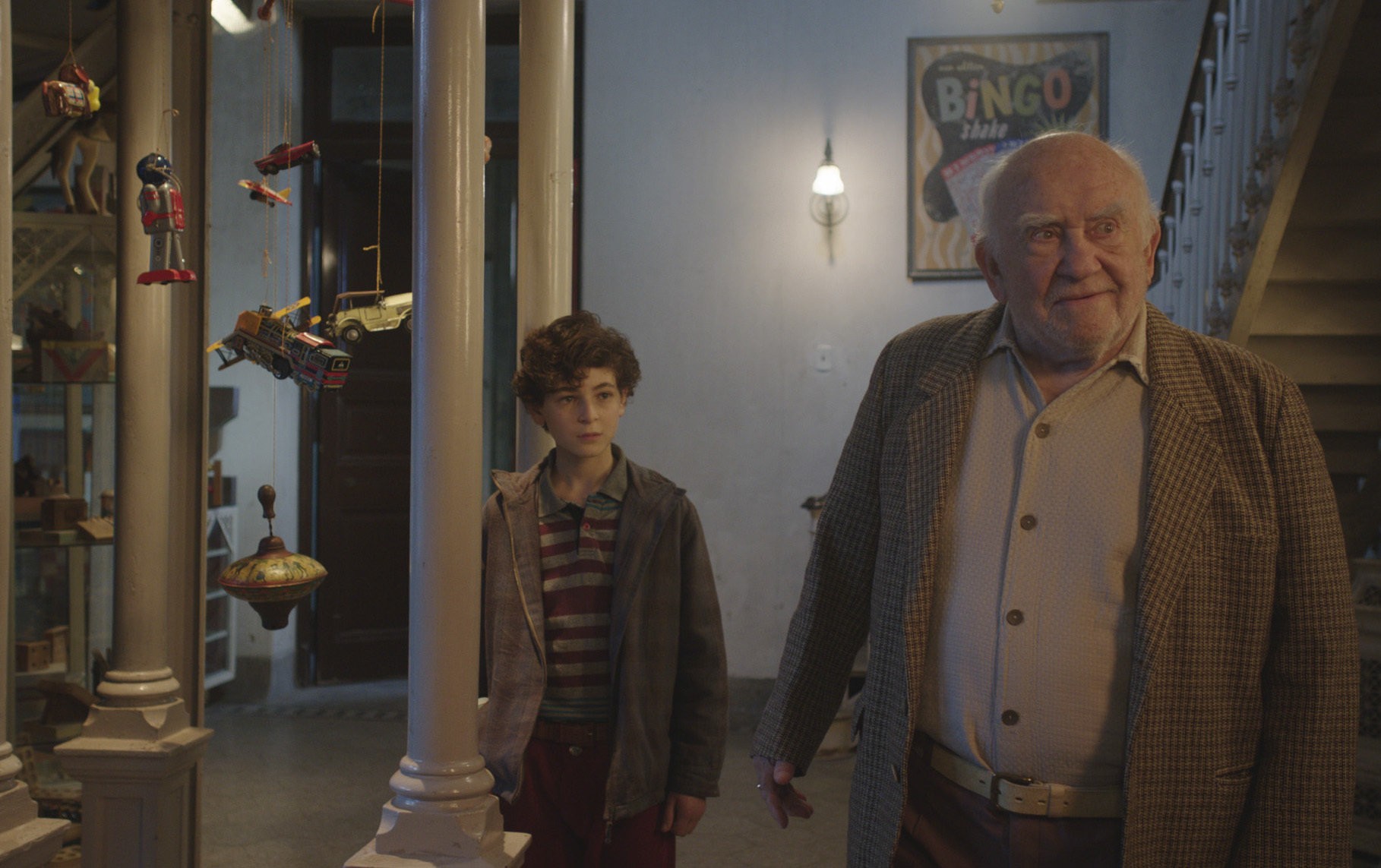