Poverty in America and financial inequality are topics that will never fail to be interesting and discouraging. The vast discrepancy of wealth that exists even among people in the same neighborhoods is astounding, and the unpredictability of circumstances can lead to places where responsible people would never expect to find themselves. The main focus of Ramin Bahrani’s new film 99 Homes is evictions due to the repossession of homes by banks after their owners failed to make payments. It is an upsetting and difficult subject, and this film manages a heartbreaking story with a tragic twist: the evicted protagonist becomes the evictor.

The first scene of the film, which makes it feel like a thriller with its pulsing music, finds real estate agent Rick Carver (Michael Shannon) arriving at a repossessed home whose former owner has committed suicide. His evaluation of the situation is impersonal and pitiless, and he moves on immediately to the next business opportunity. He soon finds himself at the home of Dennis Nash (Andrew Garfield), who lives with his mother (Laura Dern) and young son. Dennis insists that this eviction cannot happen since he has been told by a judge that he can appeal the decision. In the end, he is powerless to do anything, and he and his family are the latest victims of Rick’s heartless uprooting.

After a traumatic departure from their home, Dennis moves the family to a motel. Thinking that Rick’s cleaning crew has stolen his tools, Dennis shows up at Rick’s office, and finds himself in the most unexpected of situations, extremely employable by Rick for his construction and handyman talents, a welcome relief after months of not working. With cash coming in and the prospect of reclaiming his house now possible, Dennis finds that what he signed up is not without a moral compromise, since he must now be the face of Rick’s operation, showing up at people’s homes to tell them that they are no longer the owners.

Dennis is a spectacular main character since he always sticks to his convictions through radically changing circumstances. Dennis fights for his home before he is thrown out by sheriffs, and then responds to Rick’s call for work because he has skills and knows how to best use them. His work ethic is excellent, and he knows the value of getting a job done quickly and efficiently. Through everything that he does for Rick, he remains a humble, dedicated worker seeking only to provide the best for his family. The weight of what he is doing clearly has an effect on him, visible in Garfield’s layered performance, yet another compelling turn from a great young actor. Shannon, tremendous as ever, is superb as a businessman not unaware of the collateral damage of the work he is doing but who has convinced himself completely that he is merely doing a job that needs to be done and may as well profit off of it. Watching the two share scenes is immensely rewarding. The film’s themes and specific story should resonate deeply with any viewer. This is a powerful drama that takes a concept central to American culture and crafts a mesmerizing and intense way to explore it. 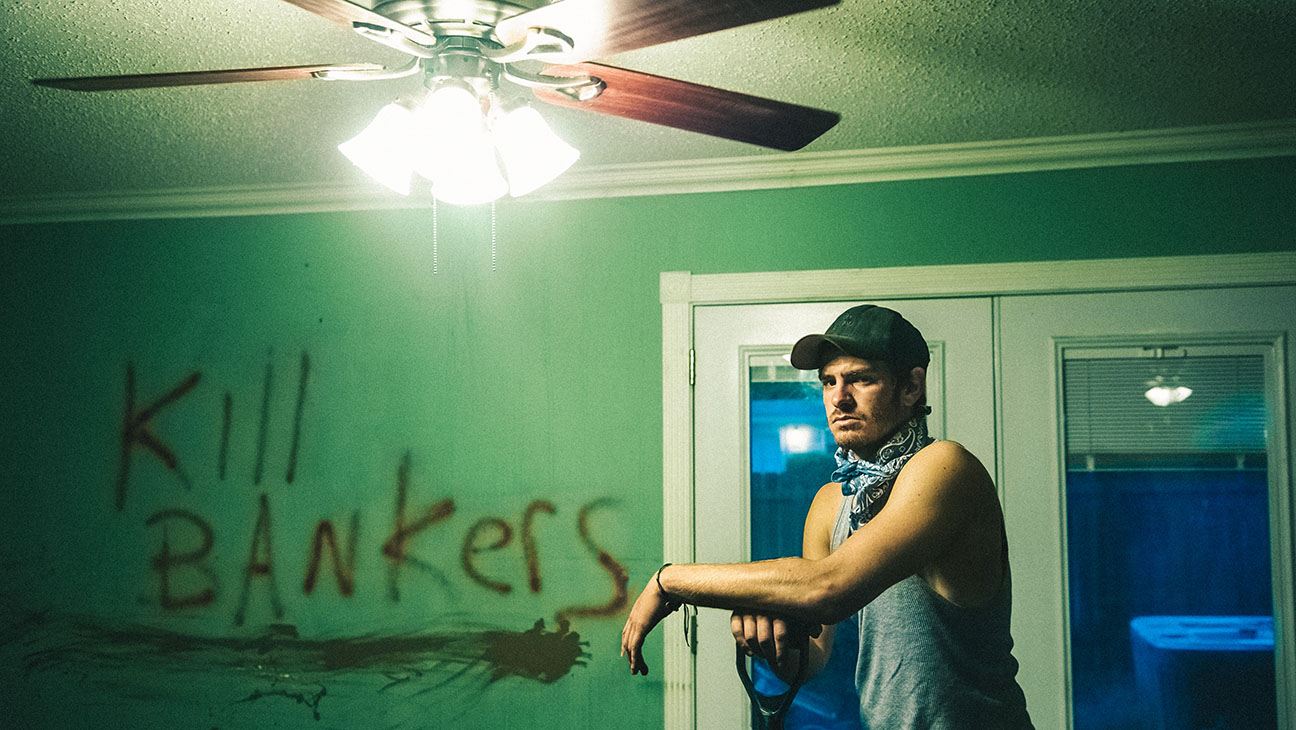