The phenomenon of the Olympics is one wholly its own – a worldwide competition event that pits countries against countries as their best athletes are judged on how they perform under pressure. It is clearly an exhausting and extensive ordeal for the host city, as seen with Sochi this past year, but there is also an element of it that gets taken home to each home country, particularly the United States. Terming a winning athlete a “national hero” is not uncommon for small towns all across America, and this biting satire of one such champion stuck in that part of her life may not be all that exaggerated.

Hope Ann Gregory (Melissa Rauch) is introduced as a teenager in 2004 who lands on her ankle during the competition and wins the bronze medal. Celebrated in her Ohio hometown, we next see Hope a decade later, and it does not look like she has accomplished much. She wears her uniform at all times and cashes in on her ability to drink and eat free at every establishment in town. Some, like her local diner, welcome her with open arms and hearts, while others, like the pharmacy where she purchases allergy medicine that she snorts like cocaine, are less warm to her lifelong liberties. Her father Stan (Gary Cole), a postman, is her worst enabler, hopeless to speak to her during any of the many temper tantrums she constantly throws.

The catalytic event that forces Hope to face the world and actually do something with her life is the suicide of her former coach Mrs. P, with whom she had a serious falling out following her injury. While the death itself has no effect on Hope, Mrs. P’s letter posthumously offering $500,000 to Hope if she trains new wunderkind Maggie Townsend (Haley Lu Richardson) piques her interest. Her own ego is a considerable obstacle, but through it all, Hope manages to form a bond with the girl who, if she does well, may completely erase Maggie from the town’s Olympic memory.

This is far from a sophisticated story, yet it is smarter than it initially appears. Hope, who is first seen using the video of her championship as a certain kind of stimulant, is fully ridiculous and over-the-top. Her choice of language is particularly crude, and there is no one immune to her insult-filled tirades. The only one who can go toe to toe with her is Lance Tucker (Sebastian Stan), the male gymnastics champion who took Hope’s virginity and is now coaching Maggie’s number one rival. Regardless, Hope still manages to skewer him pretty fiercely. Hope is not all likeable, but it is near impossible not to find her rants and utterly selfish attitude hilarious.

Rauch is well known for playing the sweet, high-pitched Bernadette on CBS’ The Big Bang Theory. Here, she is similarly high-pitched but much more shrill, the antithesis of her endearing brainy alter ego. This is a top-notch comedy performance, one that shows enormous dedication. Thomas Middleditch, recently on Silicon Valley fame, provides ample support in the supporting cast as a gym owner and Hope’s assistant coach, nicknamed “Twitchy” by the bratty gymnast because of his frequent facial tics. Describing this film makes it sound less effective and enjoyable than it is, and it is a credit to Rauch, who co-wrote the script with her husband Winston, that this film succeeds despite less than promising prospects. 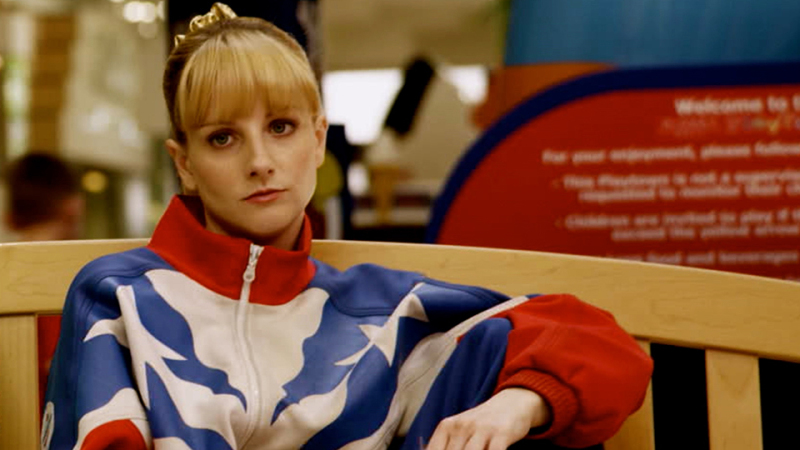