As people continuously try to contend with their persistent internal struggles and conflicts with their enemies, escaping into a place of enchantments where legends and magic collide can be a life-defining experience. ‘Seventh Son,’ which is based on author Joseph Delaney’s fantasy novel, ‘The Spook’s Apprentice,’ and was directed by Russian helmer, Sergey Bodrov, is an intriguing stunt-filled action fantasy film that highlights people’s pure humanity, particularly through the enthralling and captivating performances by its distinct lead cast.

‘Seventh Son’ follows Master John Gregory (Jeff Bridges), the last remaining Falcon Knight, who are a part of an ancient order of noble warriors who has protected humanity from creatures of the dark for centuries. Master Gregory is a grizzled demon-slayer who also hunts witches who are seduced by their Queen, Mother Malkin (Julianne Moore). He quickly learns that the biggest mistake he ever made was when he buried her underground in an effort to control her influence, instead of killing her, as her power and hunger for vengeance only grew. After she sets her sights on his latest apprentice, Billy Bradley (Kit Harington), Master Gregory sees that the transformation she underwent while she was held in her prison has only led to her drive to seek revenge.

As Mother Malkin assembles an army of witches, warlocks and supernatural assassins, who unite to punish the cruel world that has rejected them, Master Gregory must find a new companion to fight back against the evil witch. So the Falcon Knight tracks down the world’s last Seventh Son, Tom Ward (Ben Barnes), a simple farmhand who’s torn from his family to embark on a death-defying adventure across haunted forests and towering cities. While Tom struggles with his new role, the two set out to battle Mother Malkin’s army in her mountaintop lair.

While the mentor and his title apprentice are determine to stop the Queen Witch before her power becomes unstoppable, Tom’s allegiance is tested when he falls in love with a half-witch spy, Alice (Alicia Vikander), who’s sent to sabotage the duo. Their growing passion forces both to choose between love and duty. The young couple must decide if they should continue battling the perceived darkness of their enemies and fight for their families, or forsake it all in order to follow their hearts.

Bridges, Moore and Barnes generously took the time recently to participate in a press conference for ‘Seventh Son’ at New York City’s Crosby Hotel. Among other things, the actors discussed how they don’t necessarily believe in people fulfilling their destiny and fate, which is an important theme in the film, as they believe people can achieve their goals and dreams through their freedom of choice; how Bridges and Moore enjoyed reuniting on the movie after previously working on ‘The Big Lebowski’ together, and how their built-in relationship from the cult classic helped with the authenticity of their characters’ bond in ‘Seventh Son;’ and how costume designer Jacqueline West was thoughtful while crafting the characters’ outfits, as she created clothing that showed who the characters were becoming.

Question (Q): This film talks a lot about destiny and fate. How much has that played in your lives?

Julianne Moore (JM): That’s a tough one. I don’t know if I believe in destiny and fate, but I do believe in desire and luck. I always tell my children that I remember when I was 10, I would say I was going to have two children-a boy and a girl. (laughs) I’d line up my dolls to show that. I always tell them that I got what I wished for, so I had a desire for something I knew that I wanted.

Ben Barnes (BB): I think it’s discomforting to think about living life with fate, and not having a freedom of choice and will. But I also think it’s unsettling to think of a life where the way you behave and treat other people doesn’t come back around and earn you something in return. You can certainly put that in the category of something other than chaos. I think it’s certainly a question that affects every element of your life, so I think it’s an interesting theme to be exploring in the subtext of any film, whether it’s set in the Dark Ages, or the future in space.

Jeff Bridges (JB): As The Dude (laughs), this is my opinion: you have the whole universe and everything you don’t know about, and everything comes out of the universe. So it’s destiny and fate that we are here, and all of our challenges and dilemmas are fate. They can be wonderful lessons for all of us.

Q: Speaking of The Dude, Jeff and Julianne, it’s been 17 years since the two of you starred in ‘The Big Lebowski’ together. What was it like to be together on the set again? How would you compare and contrast your relationships in the two movies?

JM: It’s been 17 years and I have a little Lebowski to prove it! (laughs)

JB: That wasn’t method acting, by the way.

JB: Not many people know this, but I think we just let this out of the bag, that this film is actually a prequel to ‘The Big Lebowski.’ (laughs) There are some kinds of weird parallels. I think of Maude flying (in). The Dude liked to smoke and drink, and I’m sure Gregory has some kind of smoking mixture. There are probably some similarities. I haven’t really thought too much about it, but now I will.

JM: It’s just so great to be with Jeff again. Not only do we kind of drag our relationship along as people and as actors, but I think the audience does, too. So there’s that sense of, oh, I know those guys! They were in a movie together before. So that comes along with you, and it was something I hadn’t really anticipated, but it’s cool.

JB: It’s positive baggage. Even doing what we’re doing here now, it’s kind of the same thing. We had the pleasure of doing a lot of interviews (earlier in the day) together, and it’s like performing together in a way. You’re riffing off each other and being inspired by each other.

Q: What were some of the physical challenges of your roles in ‘Seventh Son?’ Did the costumes pose any challenges while you were filming?

BB: They were so thoughtful with the costumes. I remember having a first fitting, and trying on these toeless sandals and jumpers with holes in them. We started off with really simple costumes, but even those subconsciously did the work for you. Throughout the film, Tom’s clothes become more like Master Gregory’s, in terms of adding a dark hood and cloak. So the costumes played with who the characters were becoming, and made us feel more confident in each moment.

Q: Ben, how did you prepare for your scenes where your character was having his premonitions?

BB: Well, I didn’t know exactly what images they would edit in, and what I would be looking at. In the beginning, I knew it would have to do with Malkin and her transformation. Now, she transforms into a dragon, but in the beginning, it was supposed to be a bird. But they made some visual changes as they were cutting the movie together.

I actually watched a lot of videos of people who have epilepsy. On my first day on the set, I was having a vision in the mud of a pig farm. In the final cut, they didn’t want it to seem as medical as I made it look like. I was literally on the ground, convulsing, because I wanted it to seem like a scary affliction. But like Tom and Master Gregory talk about, it’s a weakness that can eventually be turned into something useful. But it’s not useful if you’re spasming on the ground.

It’s amazing they can put thoughts in your head afterwards. A lot of the great actors I’ve worked with told me to think less, and just do things. It’s amazing what they can do with your performance afterwards, and the types of imagery they can put alongside you on the screen.

Q: When you invite a character in, you have to suspend a lot of your own presence and reality. What would be the most difficult thing for you to give up, in order for you to fully connect with every aspect of your characters?

JB: Well, I disagree with that in some ways. In the script, it can say, “It’s a sunny day, and the characters are laying out, having a sunbath.” Then on the day you’re supposed to shoot that scene, it can be raining. So that’s the universe’s direction, and those are things you don’t fight.

Master Gregory says to Tom, “What seems like weakness and a bad thing can actually be a good thing.” What’s happening in real life is in some ways informing what’s going on in the film, and you can use that. 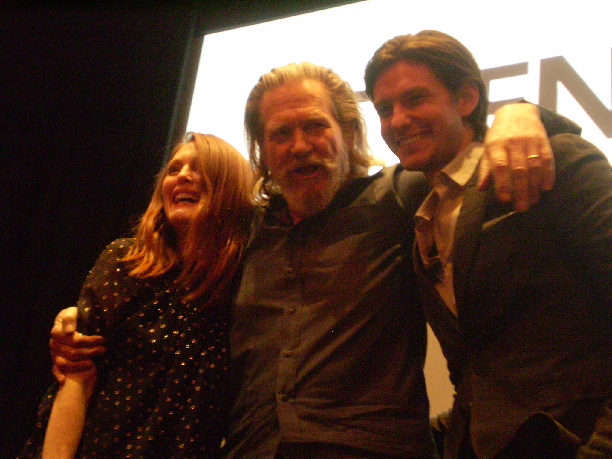 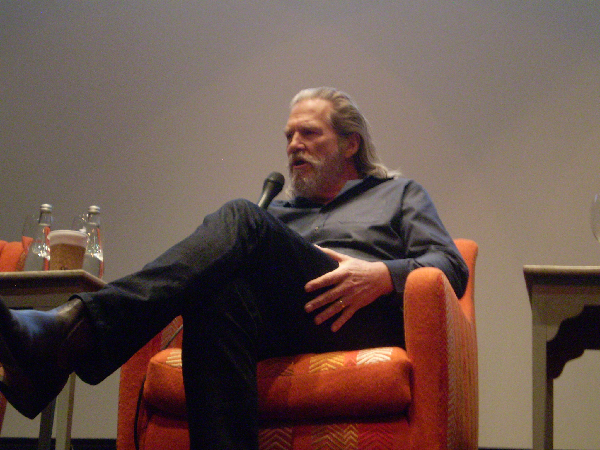 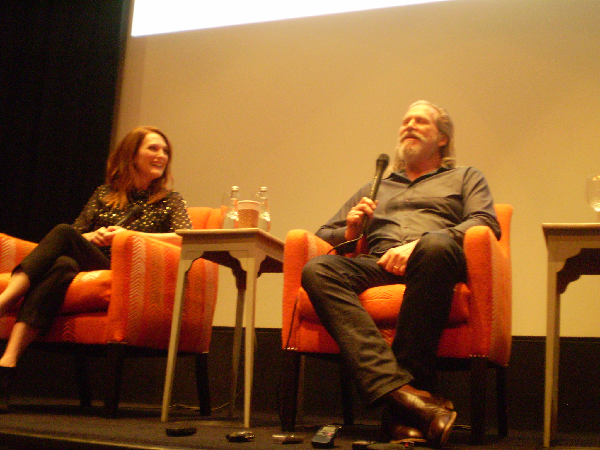 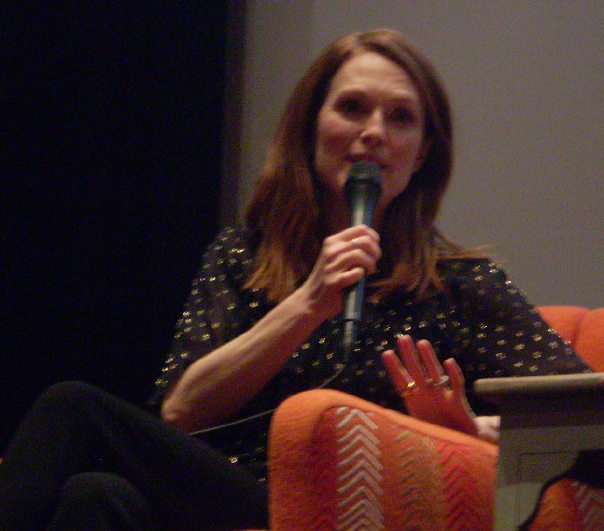 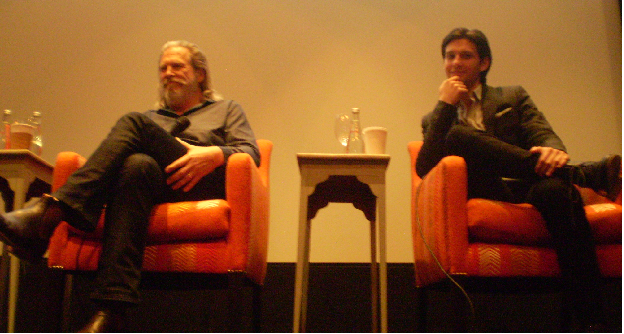 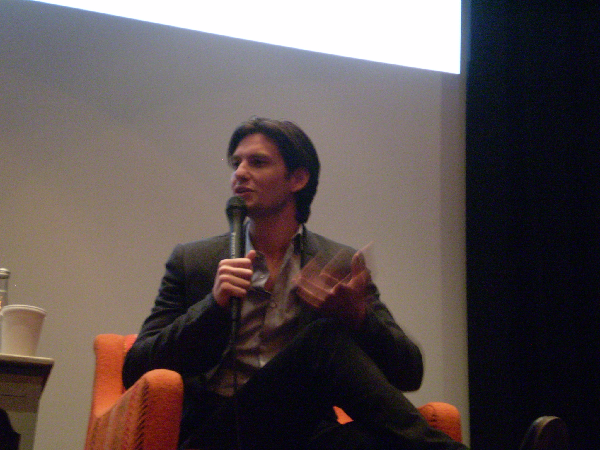