Mary Stein is spreading the gossip in “Little Boy,” a film starring Jakob Salvati as Pepper Flynt Busbee, aka Little Boy. Stein plays Martha, a churchgoing woman who should probably practice what she preaches. ShockYa was happy to speak with Stein about her role, what it was like to work on the film and her love for Maggie Smith. “Little Boy” will premiere in theaters Feb. 27.

ShockYa: Can you tell me more about “Little Boy” and your character?

Mary Stein: It takes place during World War II in Northern California in a seaside town, in this sort-of Norman Rockwellian world. It’s [very Americana. There’s a little boy [who’s called] “Little Boy” because he’s the runt of the town and he’s tiny for his age and he’s really close to his dad because of that; his dad’s his protector. What happens in the course of the film is that his dad goes away to war and in his dad’s absence, all sorts of things happen, so he has an opportunity to grow…and believe in himself and stand up to people. He becomes strong…I am a church gossip and I stir the pot, as it were, in the town in the name of the Good Lord [laughs]. I try to make things better, but I actually make things work.

ShockYa: What was your experience shooting the film?

Mary Stein: We shot in Mexico on the Fox lot, which is right on the ocean and we stayed about a mile south from there in a beautiful resort. It was very sweet. It was a huge cast and tremendous people…not only A-list actors but really talented people on every level…it’s a lot of fun. You become a team and the little boy that played “Little Boy,” Jakob, was very sweet. He would sing to us when we’re having our makeup put on. He’d have his repertoire of songs. It was really cute. Working with Emily Watson and Tom Wilkinson was extraordinary[.]

In terms of my role, we knit in the film and that was really fun, [learning] to knit. It’s interesting because I’d never really done that before in a group. But we were the church gossips and we have a knitting circle to knit sweaters for the boys away at war. It’s so awesome to sit with other people and knit and talk. It really was fun. When you’re filming, there’s a lot of…sitting around, but we were fortunate to be able to knit when all that was going on. There’s something really special about that. We all became really close. It was fun.

ShockYa: I watched the trailer for the film and hearing you describe the film, it seems like a film that audiences of all ages would love to watch…connect with viewers?

I think you’re right. When I reflect on the film, to me, I feel like it casts a really wide net. The reason why I think that is the case…there were a lot of universal themes, like prejudice…bullying…gossip and the damage gossip can do. There’s just a lot of human universals in it…In this film, all of the events and the characters are recognizable and we’ve all been there on some level. [We’ve] experienced bullying, prejudice…there’s a lot of universals that are touched on[.]

ShockYa: I’d heard that you are a fan of Maggie Smith. Have you been watching Downton Abbey?

Yes [laughs] Oh my God, I love “Downton Abbey” for so many reasons…it’s beyond me. I adore it beyond all sense and she’s extraordinary in it. My first contact with Maggie Smith was when I was about 19 years old. A mentor of mine told me…I should be a Shakespearean actress and so I, by myself, at 19, I made a reservation to go up to Stratford, Ontario, where there’s the Stratford Shakespeare Festival, and stay there for 10 days or so and watch every single play at least one or some of them twice. Maggie Smith was there and she was playing Rosalind in “As You Like It,” and she was so amazing. She was so alive and so free and so funny, beautiful and witty. I just wanted to be that…that was really inspiring, and I loved her as Brodie in “The Time of Miss Jean Brodie.” That whole story…was just iconic and amazing. Here’s a cool thing, when I was in New York at one point, studying acting, she was friends with somebody that was in the show I was doing and she came to see it…that was so much fun to have her in the audience.

(This interview has been condensed and edited.) 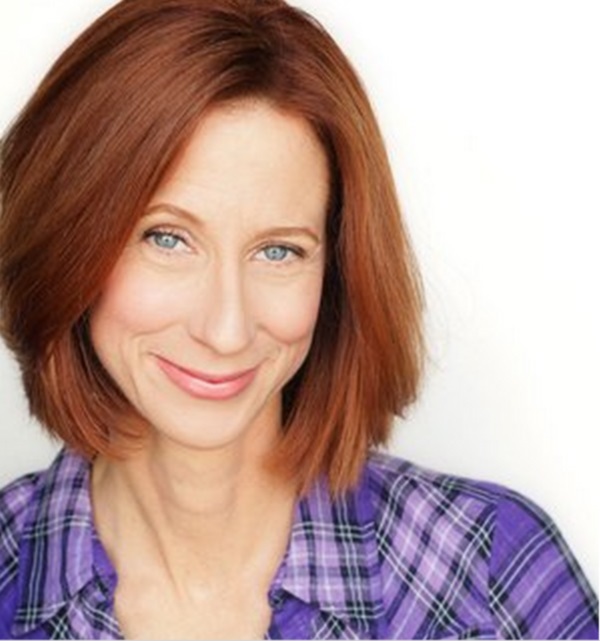