If this is the best script that William Goldman can scratch out from his novel “Heat,” either he is wrongfully reinterpreting his own work or at the age of eighty-three he is slipping.  After all, Goldman, who has churned out Academy-award winning scripts, responsible for “Butch Cassidy and the Sundance Kid,” “All The President’s Men,” “Marathon Man” (which made us fear dentists even more that we are accustomed to doing), cannot seriously think that his script for “Wild Card” has any claim to originality. Fighting scenes lack credibility despite his use of a Hong Kong choreographer, and the principal character’s sidekick who may be modeled on Facebook’s Zuckerberg is too dorkish to be credible.

Using the standard-issue security professional Nick Escalante to fashion a noirish drama that at least does not outlast its welcome, Goldman’s story is directed by Simon West, whose “Con Air” finds a plane commandeered by prisoners and who locates a woman heroine in “Lara Croft: Tomb Raider,” pursuing adventures to recover stolen artifacts.

“Wild Card” is yet another revenge fantasy thriller paired with a buddy drama, the two separate themes coalescing only marginally.  Nick Escalante aka Nick Wild (Jason Statham) is sought out by a heavily bruised woman (Dominik Garcia-Lorido) who had been raped and beaten by a gangster (Milo Ventimiglia) and tossed out of a vehicle outside an emergency room.  At the same time he is approached for assistance by Cyrus Kinnick (Michael Angarano), who like the cowardly lion in “The Wizard of Oz” needs to be taught bravery.  Kinnick had been nonplussed by an elderly man he saw in his home city with a sign on his back saying, “Please don’t hit me,” which sounds like a reversal of those taped messages that high-school kids would place on the backs of the bullied with the opposite goal.  Kinnick fears growing old and facing the same degradation. He follows his new hero around to watch him take on three, four, five hoodlums.  Nick never carries a gun and in one climactic fight scene he virtually laughs at the thugs carrying firearms as he takes them on with only his fists and a butter knife.  For nutrition he relies on grapefruit juice (when he’s not imbibing vodka).

What romance exists is simply Nick’s friendship with several women in the Vegas gambling casinos where most of the action takes place—with one Cassandra (Hope Davis) serving as blackjack croupier actually hoping that she would lose to the big lug despite the latter’s bet of $500,000.  (The big bet is Nick’s chance to live his dream, to retire in Corsica for which he would need a cool million, and cinematographer Shelly Johnson behind the Fotokem lens actually shoots brief scenes on that expensive island.)

“Wild Card” is essentially DVD fare though even those who wait for the video will find the action scenes too brief with too much rambling conversation. 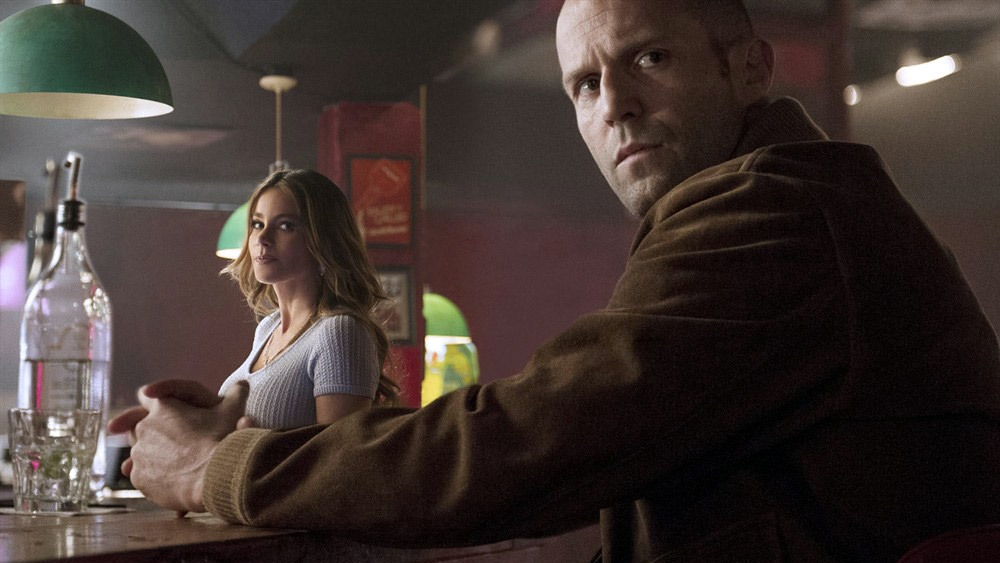