Mia Wasikowska is being warned to beware of entering Crimson Peak in the new teaser trailer, photos and one-sheet poster for the upcoming supernatural thriller. Legendary and Universal Pictures unveiled the clip and images before they’re set to release the film in theaters on October 16, 2015.

The new video for the latest movie from the directorial master of dark fairy tales, Guillermo del Toro, who also co-wrote the script with ‘Mimic’ scribe, Matthew Robbins, originally debuted on iTunes Movie Trailers. The first official teaser trailer from Crimson Peak follows Wasikowska’s character, Edith Cushing, as she’s walking with a sword through a snow covered town. She states that ghosts are real as she frighteningly tries to defend herself.

The trailer then cuts back to when Edith’s tastefully dressed in a ball gown, while attending an elegant party. She’s approached by Tom Hiddleston’s character, Sir Thomas Sharpe, who asks her to dance. Thomas then brings Edith back to his luxurious estate, where he introduces her to his skeptical and worried sister, Lady Lucille Sharpe, who’s played by Jessica Chastain. She warns her brother that there are parts of the house that are unsafe, as Edith explores the dolls, drawings and other trinkets that are on display.

Edith tells Thomas and his sister that she could imagine them playing in the house when they were children, to which Lucille responds that they were only allowed in the nursery in the attic when they were young. As Edith and Thomas grow closer, she begins to question him about whether any violent deaths were committed in the house, as she begins to have terrifying hallucinations. As she tries to escape the house, Lucille tells her there’s nowhere for her to go, as their house is now her home, as well.

The following synopsis for Crimson Peak has been released by Legendary and Universal Pictures:

In the aftermath of a family tragedy, an aspiring author is torn between love for her childhood friend and the temptation of a mysterious outsider. Trying to escape the ghosts of her past, she is swept away to a house that breathes, bleeds…and remembers.

For more information on Crimson Peak, visit the film’s official website. Fans eager to enter the supernatural world can also like and follow the thriller’s Facebook, Twitter, Instagram and Google+ pages. Watch the trailer for, and check out the one-sheet poster and images from, the supernatural thriller, courtesy of Universal Pictures, below. 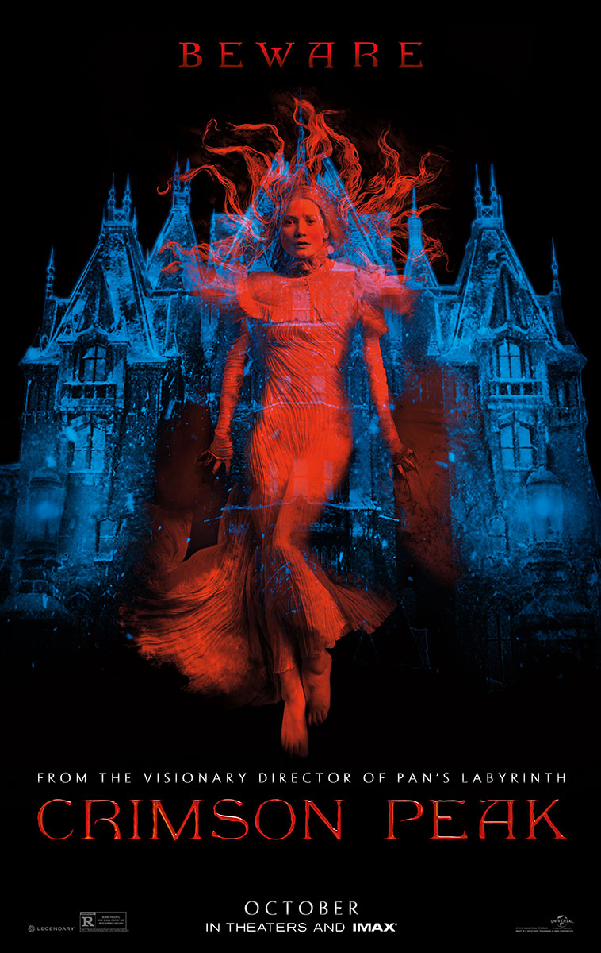 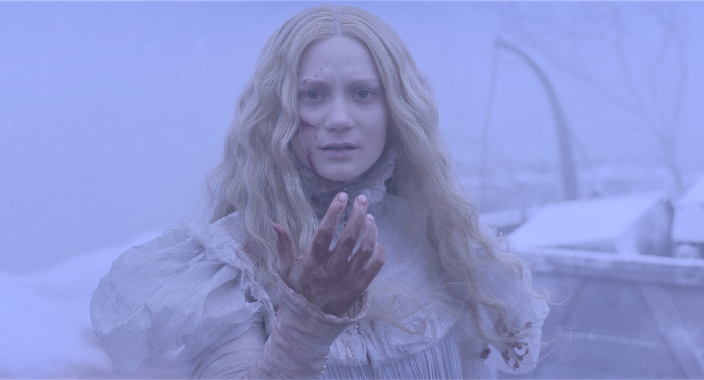 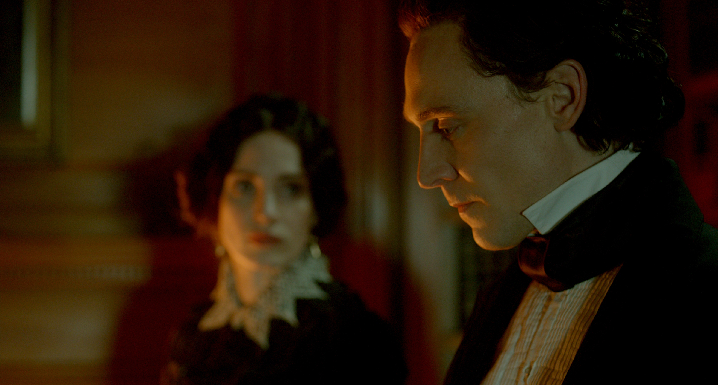 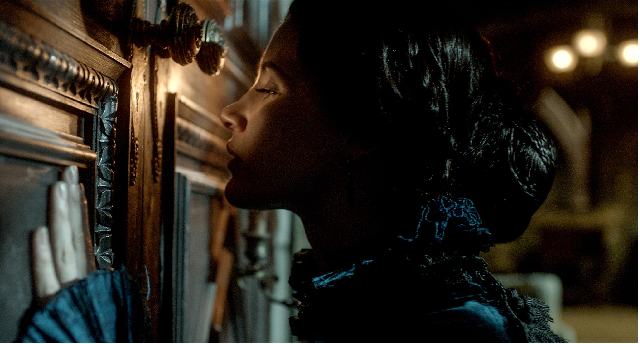