Brooklyn is and always has been a melting pot. New York’s second most popular borough is well-known for its many ethnic communities, and for being a city in its own right that stands apart from Manhattan. It serves, therefore, as a fitting title and setting for director John Crowley’s film adapted from Colm Tólbin’s novel about an Irish immigrant in the 1950s who leaves home to pursue a life in America, where she is met with cultural differences and an eye-opening introduction to being a resident of the country dreamed about by so many at the time.

Eilis (Saiorse Ronan) is a sweet, quiet young girl living with her sister and mother in Ireland, working in a shop for a miserable old woman. News of a job opportunity in Brooklyn is too hard to resist, and Eilis boards a boat for her journey to America. The voyage is tumultuous and unforgiving, and her arrival in Brooklyn finds her living in a boarding house with vain young women and working in a department store at a job that is not particularly rewarding. Gradually, Eilis begins to grow comfortable in her situation, thanks both to night school bookkeeping classes and a developing relationship with Tony (Emory Cohen), a kind young Italian gentleman.

Eilis’s story is hardly the first immigrant tale, and not the first Irish one either. Yet there is a certain combination of freshness and old-fashioned style that makes Eilis and her surroundings wondrous and mesmerizing. Eilis’ struggles are far less significant than many others in similar situations, and she has less to overcome. That does not diminish the impact or accessibility of this film, which gloriously showcases New York and the promise of America through a doubting girl’s eyes as she slowly comes to accept it for what it is.

Ronan, who also stars in another Sundance feature this year, Stockholm, Pennsylvania, is wonderful and incredible as Eilis. Ronan, who was already nominated for an Academy Award eight years ago for her work as a child in Atonement, is exceptionally talented, and this is just the role for her, one that speaks to her Irish heritage and requires her to be a starry-eyed young woman experiencing a new life with just the right blend of nervousness and muted excitement. She is tremendously capable and turns in what is unquestionably her best performance since Atonement.

The supporting cast of the film contributes to an inviting journey anchored by Ronan. Dependable veterans Jim Broadbent and Julie Walters take on crucial parts as formative influencers of Eilis, and Walters is particularly delightful as the stern matriarch of Eilis’ boarding house, who reacts in the most entertaining fashion to every crude comment uttered by Eilis’ tasteless housemates. Cohen and Domnhall Gleeson are equally wonderful as Eilis’ sweet Italian and Irish suitors, respectively, who help to define her transformative if not particularly grueling experience. With colorful costumes and set decoration, this feels like a majestic epic with a far greater scope than just one girl’s immigration tale. This is a representative story of coming to America and what it entails, and a fabulous production from Ireland that pays tribute to both cultures. 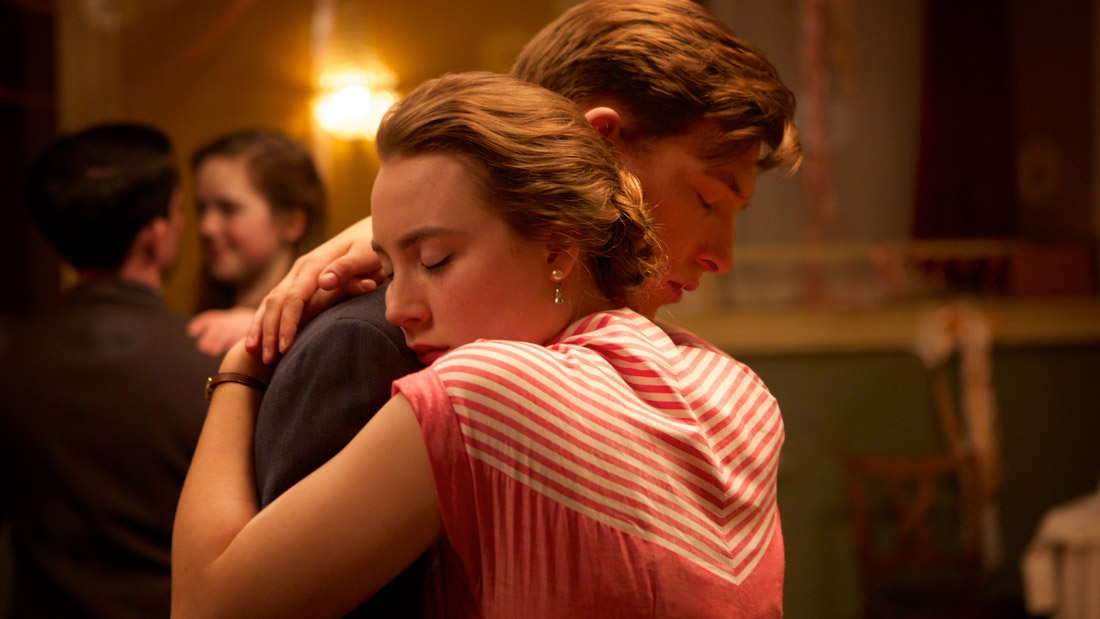