A new clip from the upcoming horror flick “Fear Clinic” introduces you to Blake, a patient whose phobias have taken control of his mind. Fair warning; this clip has blood, gunshots and severe gun wounds, so view at your own risk.

Thomas Dekker plays Blake, one of the many patients under the care of horror legend (and Freddy Krueger himself) Robert Englund’s character Dr. Andover. The film also stars Felisha Terrell and Corey Taylor, the lead vocalist of Slipknot and Stone Sour. This is Taylor’s acting debut. The film is directed by Robert G. Hall, written by Hall and Aaron Drane and features special effects by award-winning effects creators Steve Johnson and Robert Kurtzman. The film is based on the critically-acclaimed 2009 FEARnet.com series of the same name.

“When trauma-induced phobias begin to re-emerge in five survivors a year after their horrifying tragedy, they return to the “Fear Clinic,” hoping to find the answers they need to get cured.

“Fear Clinic” is now available on DVD and Blu-ray. 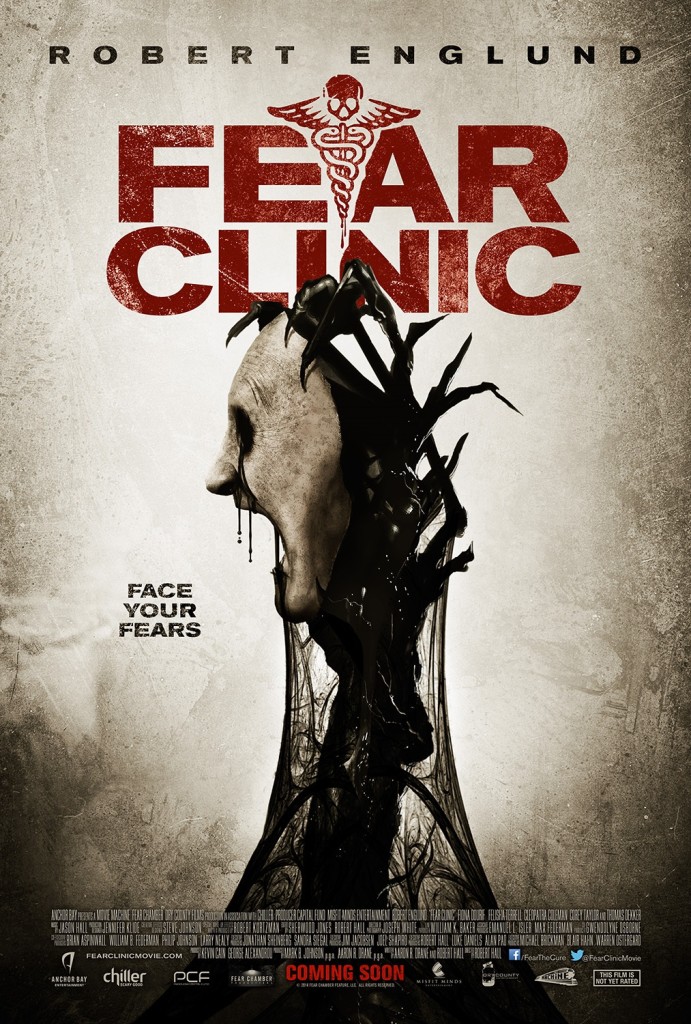