‘Cinderella’ is the romantic story that has been most adapted on screen, from the fairytale animated version to all the contemporary “happily ever afters” that occur when the wretched girl meets the charming established boy.

The most prominent Shakespearean director of our times, who has also tested successfully the direction of Marvel flicks (Thor) – Kenneth Branagh – directs the Disney action movie starring Lily James as Cinderella and Richard Madden as Prince Charming. But the real deal are the collateral actors: the sophisticated Cate Blanchett as the step mother (that would make any Prince Charming fall for her rather than pick the rhetorical doe-eyed ingenue), a wacky Helena Bonham Carter (with a majestic LED equipped gown), the former Downton Abbey apprentice cook transformed into one of the step sisters (Sophie McShera), the twicely appointed Sir (Derek Jacobi), embodying the wise King and Stellan Skarsgard interpreting the mischievous Grand duke.

The story of Cinder“Ella” follows the conventional Disney plot. Branagh’s intention, as he explained, was “to bring the classical visual element together with today’s human dynamics, welding traditional and contemporary.” Some may wonder if King Lear with three daughters might have influenced Sir Branagh’s Stratford-upon-Avon inclination. But besides finding a correlation betwixt Cinderella’s recurring phrase “Be Kind and Be Brave” and King Lear’s quote “Have patience and endure,” the director praises his cast, the scenography by Dante Ferretti and Francesca Lo Schiavo, along with the costumes by Sandy Powell. Indeed they are outstanding. Cinderella’s ball gown “seems to have a life of its own when waltzing with the Prince,” Lily James said at the Milanese press conference; and “Kenneth’s gentlemanlike personality has been of inspiration,” Richard Madden explained about getting into character.

The fairytale mood seems to have spilled out from fiction to reality: the chemistry between the director and his two lead actors is so strong that Branagh hinted there might be a Shakespearean project where he would direct Richard and Lily in ‘Romeo & Juliet.’ A simple switch from the most exploited fairytale to the most exploited Shakespeare play. 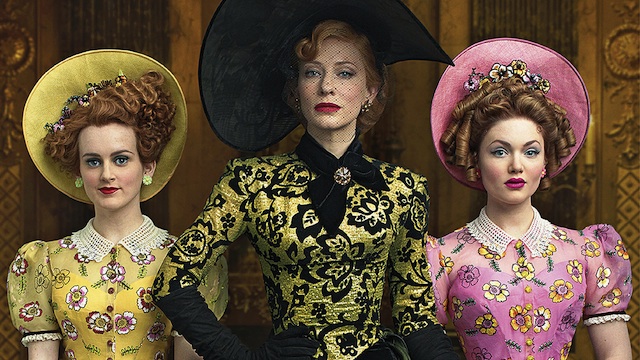