“Hot Tub Time Machine 2” had their big premiere last week at Los Angeles’ Regency Village Theater, and the cast and famous friends were out in force to celebrate the film. We’ve got some of the photos taken at the event, which even included a hot tub! Take a look at the gallery below the post.

“Hot Tub Time Machine 2” continues from the humorous first film, but this time, instead of just going back in time my accident, the hapless time travelers have to go back in time for a reason–to save the world.

“When Lou (Rob Corddry) finds himself in trouble, Nick (Craig Robinson) and Jacob (Clark Duke) fire up the hot tub time machine in an attempt to get back to the past. But they inadvertently land in the future with Adam Jr. (Adam Scott). Now they have to alter the future in order to save the past… which is really the present, in the sequel from the same team that brought you the original cult hit.” 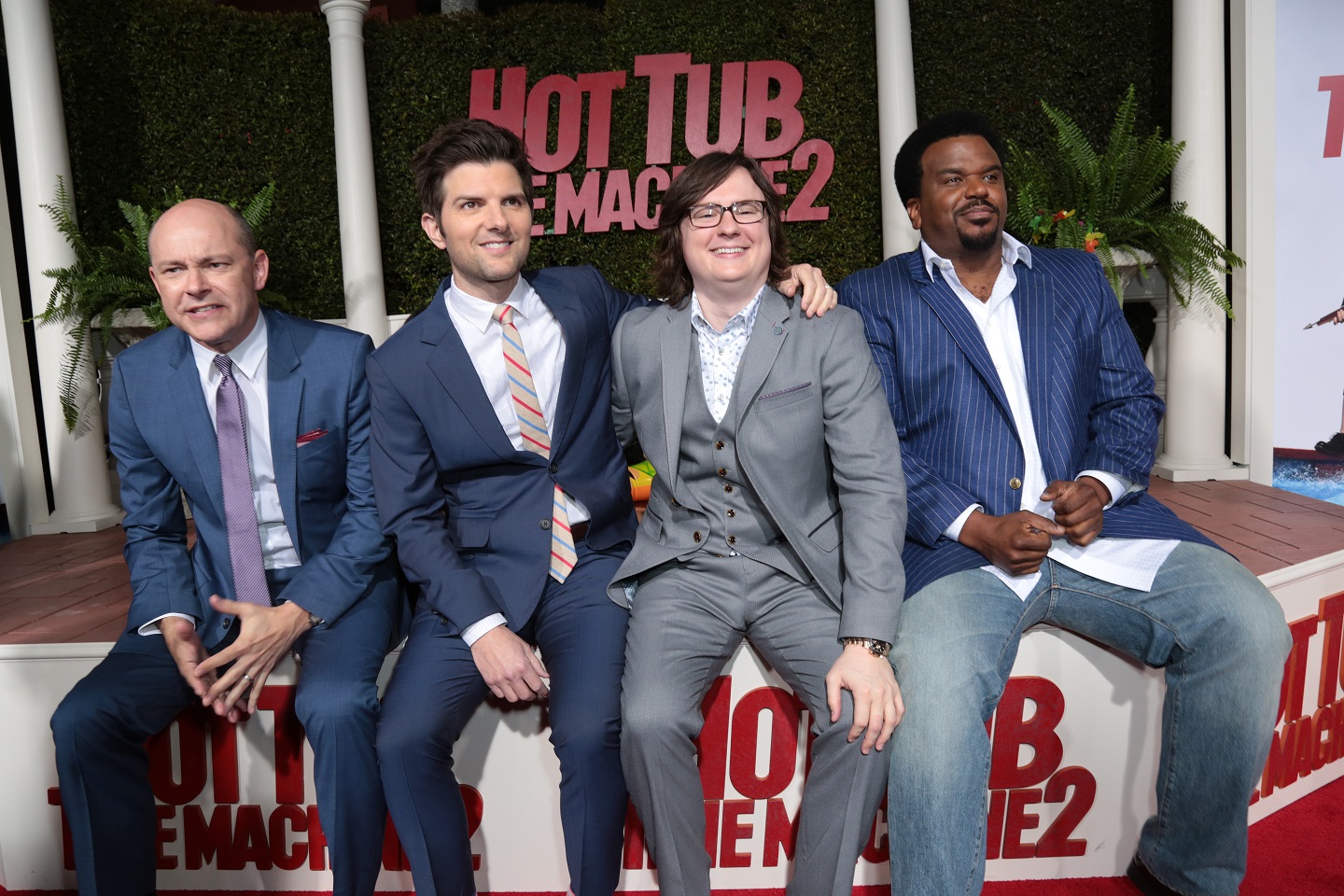