Frozen 2 is Officially Being Developed at Walt Disney Animation Studios

Walt Disney Animation Studios has officially announced that ‘Frozen 2,’ the eagerly awaited follow-up to its Oscar-winning 2013 adventure comedy, ‘Frozen,’ is in development. Directors Chris Buck and Jennifer Lee, who helmed the original film, are currently developing the sequel with producer Peter Del Vecho, who also worked on the commercially successful first movie.

The announcement of ‘Frozen 2’s development was made during Disney’s Annual Meeting of Shareholders this morning in San Francisco by Bob Iger, Chairman and Chief Executive Officer of The Walt Disney Company; John Lasseter, Chief Creative Officer of Walt Disney and Pixar Animation Studios; and actor Josh Gad, who provides the voice of Olaf from ‘Frozen.’ While the group confirmed the long speculated reports that the studio would make a follow-up to the animation studio’s highest-grossing film of all time, a release date and full production details have not yet been provided for ‘Frozen 2.’

While Buck and Lee will be working on the follow-up’s development, there’s no word yet whether they’ll return to the directing chairs for the film. But Gad confirmed he will be returning to reprise his character from the first movie, the sun-loving snowman, Olaf.

The announcement of ‘Frozen 2’s release comes after ‘Frozen’ garnered nearly $1.3 billion at the global box office, which makes it the most commercially successful animated film of all time. Lee and Buck, who are currently promoting their ‘Frozen’ short film, ‘Frozen Fever,’ which will be released in theaters tomorrow before Disney’s latest live action fairytale film, ‘Cinderella,’ said the sequel to their Oscar hit wasn’t happening.

The news of the sequel’s development was revealed during the same call that Disney announced that it’s also working on a ‘Star Wars’ sequel and spin-off. Co-writer-director Rian Johnson’s ‘Star Wars: Episode VIII’ is set to be released on May 26, 2017. The stand-alone film, which is believed to be named ‘Rogue One’ and will star Academy Award-nominated actress, Felicity Jones, is expected to be released on December 16, 2016. 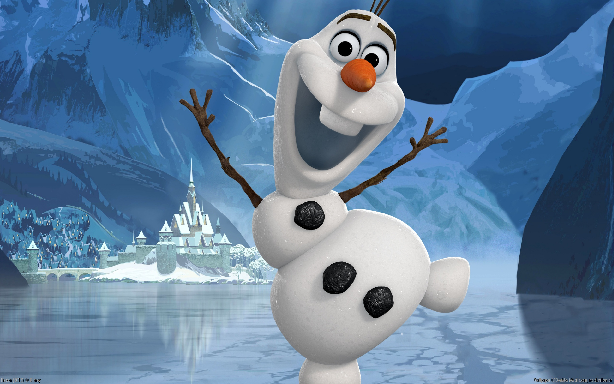