The story of a boy and his dog is never out of favor with audiences, and the tear-jerking factor gets even more potent when the story includes heartbreak and war-produced tragedy. MGM and Warner Bros.’ latest film, “Max,” features just that.

The film is directed by Boaz Yakin and written by Yakin and Sheldon Lettich and stars Robbie Amell, Jay Hernandez (who was just announced as the latest castmember in “Suicide Squad”), Thomas Haden Church, Lauren Graham, Josh Wiggins and Luke Kleintank. The film focuses on the life of a teenage boy who comes to grips with loss through the help of his brother’s dog.

“A coming-of-age story about a young teen from a family dealing with loss, who finds friendship, comfort and adventure with the heroic military dog of his fallen brother, a United States Marine who served his country on the frontlines of the war in Afghanistan.”

You can take a look at the trailer and poster below. “Max” will be in theaters June 26; what do you think about the film? Give your opinions in the comments section below. 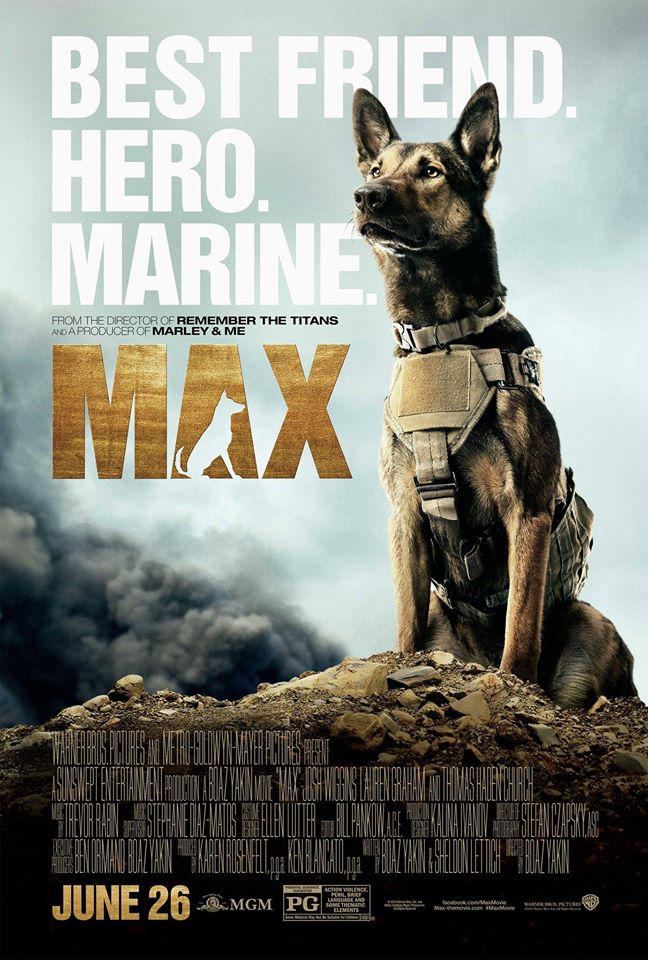 Cancel reply
Exclusive: The Armor of Light Gets A New Poster
Enter Mission: Impossible-Rogue Nation with Advance Tickets and Official Trailer
To Top