Action fans can help track down the Syndicate, the highly trained organization of rogue assassins who are plaguing IMF agent Ethan Hunt, in the new official trailer, teaser poster and images from the upcoming thriller, ‘Mission: Impossible-Rogue Nation.’ Paramount Pictures has released the assets for the anticipated thriller, which it will distribute in theaters on Friday, July 31.

Advance tickets for the fourth sequel in the hit adventure film franchise went on sale today. But fans who buy tickets starting tomorrow, Tuesday, March 24, through Friday, March 27, on Fandango and Movietickets.com will receive a code for a free HD digital copy of any previous installment in the blockbuster ‘Mission: Impossible’ series. The advance tickets are available for Thursday, July 30 showings at 7:00 pm in IMAX and premium large format theaters, and 8:00 pm screenings at additional participating locations nationwide.

The fifth film in the ‘Mission: Impossible’ franchise is being helmed by Christopher McQuarrie. The filmmaker previously directed Cruise in ‘Jack Reacher,’ and also wrote the scripts for several of the Academy Award-nominated actor’s previous movies, including ‘Valkyrie’ and ‘Edge of Tomorrow.’

‘Mission: Impossible–Rogue Nation’ is being produced by Cruise, Bryan Burk and J.J. Abrams, who co-wrote and made his feature film directorial debut with 2006’s ‘Mission: Impossible III.’ Jake Myers, Drew Pearce, McQuarrie, Will Staples, Laeta Kalogridis, Patrick Lussier and Dylan Kussman wrote the screenplay for the fourth follow-up in he spy series, which is based on the 1960s-70s television series created by Bruce Geller.

For more information on, and to purchase tickets for, ‘Mission: Impossible-Rogue Nation,’ visit the action thriller’s official website, as well as its Facebook, Twitter and Instagram pages. Watch the official trailer for, and check out the teaser poster and images from, the action adventure thriller franchise’s fifth installment below. 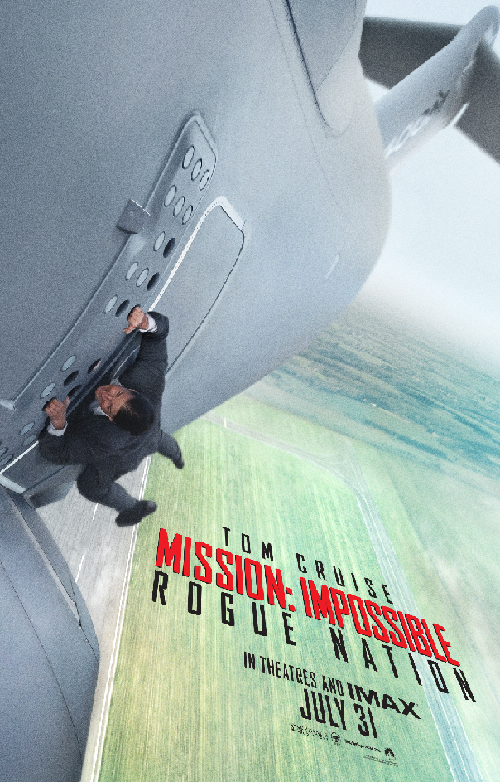 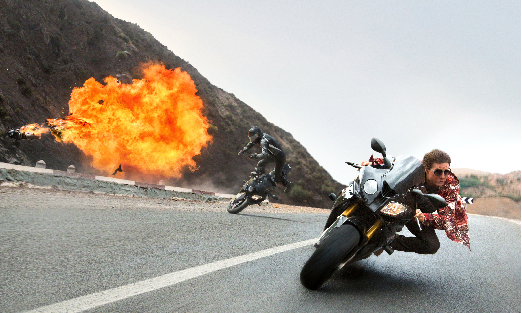 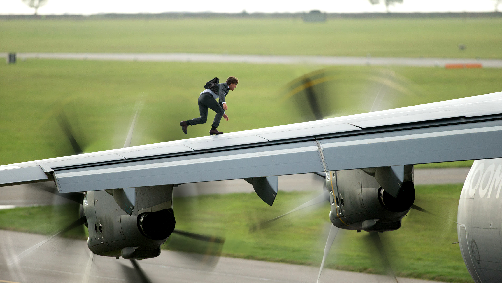