Respectfully honoring a talented, humble and versatile actor who enthrallingly thrived on connecting with his fans, especially over his most noteworthy role, can be an equally daunting and bittersweet process for filmmakers and studios, particularly when the performer tragically and unexpectedly dies amid production of a highly anticipated movie. Such is the case with the late Paul Walker, whose brilliant capabilities as a performer helped drive his portrayal of the beloved former government official Brian O’Connor in six of the seven entries in the hit ‘The Fast and the Furious’ franchise to the forefront of his accomplished career. James Wan and Universal Pictures, the director and studio behind the series’ upcoming sixth sequel, ‘Furious 7,’ respectfully honored the talented actor in not only how they compassionately showcased his performance in the action crime thriller, but also how they highlighted his connection with his long-standing co-stars in his final movie.

Picking up at the time of ‘Fast and Furious 6‘s post-credits scene as Deckard Shaw (Jason Statham) kills Han (Sung Kang) in a devastating car crash in Tokyo, ‘Furious 7’ follows the older brother of its predecessor’s antagonist, Owen Shaw (Luke Evans), as he sets out to carry out his revenge on the team that brutally hurt his sibling. The former British military operative, who has gone rogue after the government has deemed him to be too lethal for the work they required from him, then travels to Los Angeles to hunt down Dom (Vin Diesel) and the rest of his family, including Brian, Letty (Michelle Rodriguez), Tej (Chris ‘Ludacris’ Bridges), and Roman (Tyrese Gibson). While the crew is already contending with other emotional issues, including Letty still not remembering her life with Dom in L.A., and Brian having trouble adjusting to domestic life with his wife, Dom’s sister Mia (Jordana Brewster), and their young son, they’re all determined to stop Deckard before he harms anyone else they care about.

After Deckard breaks into the secure office of DSS (Diplomatic Security Service) agents, Luke Hobbs (Dwayne Johnson) and Elena Neves (Elsa Pataky), in an effort to find more information on Dom and his team, the former British military man injuries his American counterpart badly enough to put him in the hospital. Determined to stop the man who put his life at his risk, Luke gives Dom complete freedom in hunting down and stopping Deckard. As Dom begins to track his new nemesis, he’s approached by a mysterious government agent, who only refers to himself as Mr. Nobody (Kurt Russell), and offers him the resources to stop the black-ops-trained Deckard.

Mr. Nobody informs Dom and his team that he’ll help them eliminate Deckard, as long as they do something for him first. The American government official tells the group that if they help rescue a kidnapped computer hacker, Ramsey (Nathalie Emmanuel), who’s being held by terrorist Mose Jakande (Djimon Hounsou) somewhere in the Caucasus, he’ll let them use the device she created to track down their enemy who killed their friend in Tokyo. Thankful that Dom and his team saved her from the terrorist group, Ramsey happily allows them to use her software program, God’s Eye, which can track down anyone’s movements at any point in the world through any available surveillance cameras. With the help of their new allies, Dom and Brian not only set out to protect their friends, but also fully appreciate the importance of their family.

Chris Morgan, who has made a name for himself as a screenwriter in the action genre with his scribing efforts on every sequel in the fan favorite ‘The Fast and the Furious’ series since the second follow-up, 2006’s ‘Tokyo Drift,’ once again sentimentally focused on the endearing bond that helped keep Dom, Brian and their team connected through any tragedy. While the sixth sequel in the acclaimed crime thriller franchise doesn’t mix the captivating action sequences with the characters’ gripping emotional connections as well as 2011’s ‘Fast Five,’ the best follow-up in the series, the writer enthrallingly infused ‘Furious 7’ with an affectionate look into the late Walker’s time playing Brian. From the former FBI agent’s touching phone call with Mia, who’s staying in the Dominican Republic with their son while Brian, Dom and their friends track down Deckard and Jakande, during which he makes her promise to move on if he doesn’t return home, to Dom’s nostalgic memories he has of his brother-in-law since they first met, the newest installment is a emotionally touching memorial to Walker’s most beloved character.

While Morgan rightfully infused ‘Furious 7’ with the endearingly passionate tribute to Walker who died while shooting the sequel in November 2013, Wan effortlessly interwove the alluring story with captivating and daring car chases and other high-octane stunts. The director, who powerfully transitioned into the action genre with the latest ‘The Fast and the Furious’ sequel, smartly relied on his stunt expertise while helming such unique and groundbreaking horror franchises as ‘The Conjuring,’ ‘Saw’ and ‘Insidious.’ Working with stunt coordinator Jack Gill, who previously helped coordinate the franchise’s action sequences in ‘Fast Five,’ Wan crafted impressively over-the-top stunts that have been characteristic of the series since it’s 2001 original entry. Engaging in such entrancing sequences as Dom, Brian, Letty, Tej and Roman parachuting their cars out of a plane in the Caucasus as they set out to rescue Ramsey, and the group’s two leaders flying the rare Lykan Hypersport through three glass buildings of the esteemed Etihad Towers in Abu Dhabi, as the computer hacker helps their crew retrieve her flash drive that contains her software program, Gill crafted intriguing stunts that powerfully reflect the extreme measure Dom’s team will take in order to obtain what they want.

‘Furious 7′ is an astounding sentimental and captivating farewell for Walker in his final film, in which he was captivatingly able to bid an affectionate goodbye to his most beloved and relatable character, Brian O’Connor, who proved to be a perfectly endearing example of what it truly means to be loyal since the series’ original film was released 14 years ago. The action crime thriller not only nostalgically emphasized the dedication between Brian and his friends, especially Dom and Mia, throughout their daring missions to stop the antagonists in each of the series’ entrancing follow-ups, most notably through Morgan’s sentimental script, but also allowed Walker’s last performance to be a gripping tribute to the series that defined his career through his alluring entertaining stunts. Also with the help of Gill’s intriguing action sequences, particularly the mesmerizing car stunts Brian, Dom and the film’s other protagonists engaged in to take down Deckard and Jakande and once again protect their family, the sixth sequel in the acclaimed crime thriller franchise once again proved how Walker’s humble and personable performances truly resonated with fans. 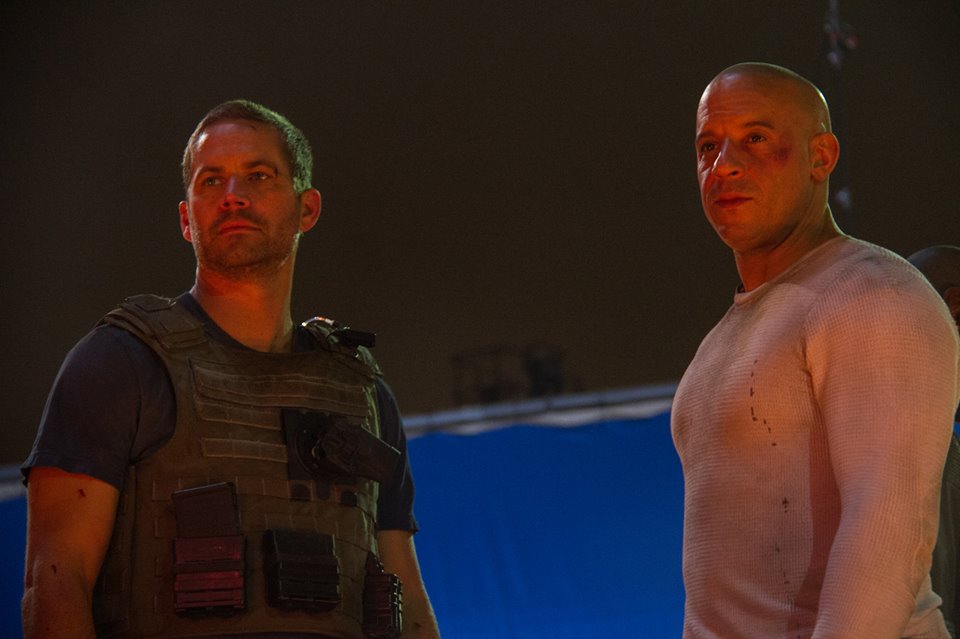