James Wan is known for his work on the Saw movies and his other horror hits The Conjuring and Insidious and is the Director of the latest action saga Fast and Furious installment, Furious 7. Despite tragedy striking during production with the untimely death of the long time star and member of the Fast and Furious family, Paul Walker who plays Brian O’Conner, the newest film in the series rises to new heights to deliver a beautiful send off that holds it own as one of the stand out films in the legacy of the franchise.

How do you think this installment builds on the previous ones and also adds its own flavor to set it apart?

It kind it continues the mythology that was started in the last few. The previous movies were more classic cops and robbers stories and at some point they became more like heist movies and sort of got re-branded it as a heist film with cars.  This one was a lot more personal, the whole vengeance aspect of it makes everything more personal. I’m a big fan of revenge movies, so to take my love for the revenge sub genre and apply it to the Fast and Furious world is kinda cool.

You’re coming from your success in different genre into the action world. How were you able to add something of yourself and your special skills when working on this movie?

My background is in horror and thriller films, so I was able to bring that suspense and tension into the action set pieces. For example there’s a scene with a bus teetering off a cliff and Paul’s character has to race to climb out through it and jump off before the whole thing plummets. That edge of your seat tension is the kind of stuff that I love to do in my horror work and it really amps up the intensity.  I love camera work as well so to bring a bit of that kind of fun camera pyrotechnics into this franchise that hasn’t had that kind of look before and put my own stamp on it really was nice.

How did you tackle the immensely difficult, both logistically and emotionally, challenge of filming with someone so beloved and entwined in the story and the lore of the franchise passing away during production?

It was monumentally difficult. When I first heard I was shell-shocked like everyone. It took me a while to have come to terms with that and the heartache of the realization that Paul wasn’t going to be with us anymore. The idea of trying to finish this movie without Paul around, one of my lead movie stars, was so daunting. But I don’t mean that in a technical logistical way so much, I had faith that we have a lot of smart people working on this movie and putting our heads together we would find ways to make it work, I meant more for me just emotionally. As Captain of the ship, as the Director, how do I go onto set and rally the crew, rally the actors and say, “We can do this”. But it became clear very early on to all of us so we had to finish the shoot that we truly had to finish the movie to honor the memory and legacy of Paul, and ultimately the fans out there deserved a chance to have one last oppertunity to say goodbye to him.

Kurt Russell does a great job on this movie. How do you think having him on board has been able to add to the Fast and the Furious world?

Kurt Russell is a living legend and what he bring to this is just an extra layer of authenticity and showing people that the fast and furious universe really wants to grow. It wants to have a maturity and sincerity and class and that’s something that Kurt can bring who in his own right was one of the greatest action stars in his day and is still an amazing actor. I am a fan of his and grew up on his movies as a child and to see how cool and professional a guy he really is was a pleasure.

The cars in this movie get some serious air! What went into taking from the street to the skies?

A lot of the flying cars stuff was already in the treatment when I came on and I remember reading it and being “Oh, so cars are flying in this one. How we can we shoot this?” But that was my job to try and work out the logistics and have them make it exciting and not just cheesy.  It’s easy to fall into that world, the approach to do it right and to make exciting was to dig into my horror background and make it as scary as I can and make it palpable that these guys can at any minute plummet their deaths and there was a real danger if they don’t get it absolutely right. A lot of that tension is for the fans and that’s absolutely what I focused on, I had a great team of people to help me make all this work.

This movie gets to focus on the relationships between the characters a lot more heavily than other action movies, what goes into that decision and how do you think it influences how people watch the films?

The reason why the Fast and Furious franchise has such longevity to it is because the people love the characters, and people love the actors playing the characters. I think if you create a movie with characters that you love and can relate to them at a human level and the emotion that they go through is very grounded the action set pieces that you put them into don’t have to be grounded as much. I have cars flying through the air that are literally not grounded at all but what allows the audience to go along with it on their journey with all these of the very over-the-top action set pieces and fun unlikely scenarios is the love for the characters, and if you have that you can take them and put them in whatever situation as outlandish as it may seem and it feels right. 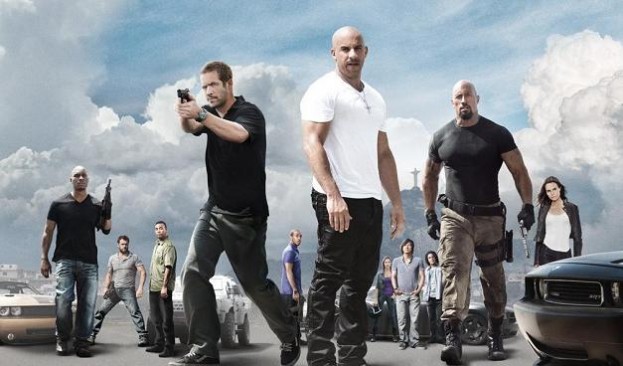