‘Mia Madre’ (which literally translates My Mother) is a poignant and delicate story of loss, with a touch of irony and self-irony used by the Italian filmmaker Nanni Moretti, who took home the Palm d’Or in 2001 for ‘The Son’s Room,’ and has been a regular fixture on Cannes’ Croisette with movies like ‘The Caiman’ and ‘We Have A Pope.’

Margherita (Margherita Buy) is a director shooting a film with the famous American actor, Barry Huggins (John Turturro), who is quite a character on set. Away from the set, Margherita tries to hold her life together while feeling powerless when facing the illness of her mother (Giulia Lazzarini) and the adolescence of her daughter Livia (Beatrice Mancini), with the support of her brother Giovanni (Nanni Moretti), going through a midlife crisis.

The narrative device of a film director (finally a woman!) struggling with the making of a movie certainly rings a bell as regards Italian cinema. But in this case, contrarily to Fellini’s ‘8 ½’, we dig into the artist’s personal life. The strain of the creative process is swept aside. Filmmaking could be a 9 to 5 job, contoured with all the eccentricities of show business, that has to be juggled with family affairs. There’s no business like show business, since when you are down you have to conceal it: even if are not the one in front of the camera you have to wear a mask. In this case the person directing the film, as the leader of a circus and main cog of the cinematic machine, has to hold strong in assisting a mother’s gradual departure, while working and being a parent.

Moretti’s autobiographical film retraces the loss of his own mother, that occurred when he was editing ‘Habemus Papam.’ Many similarities betwixt the fictional and real mother overlap, as his screen-alterego, Margherita Buy, expresses the turmoil and neurosis of the human and the artist approaching adult orphanhood. 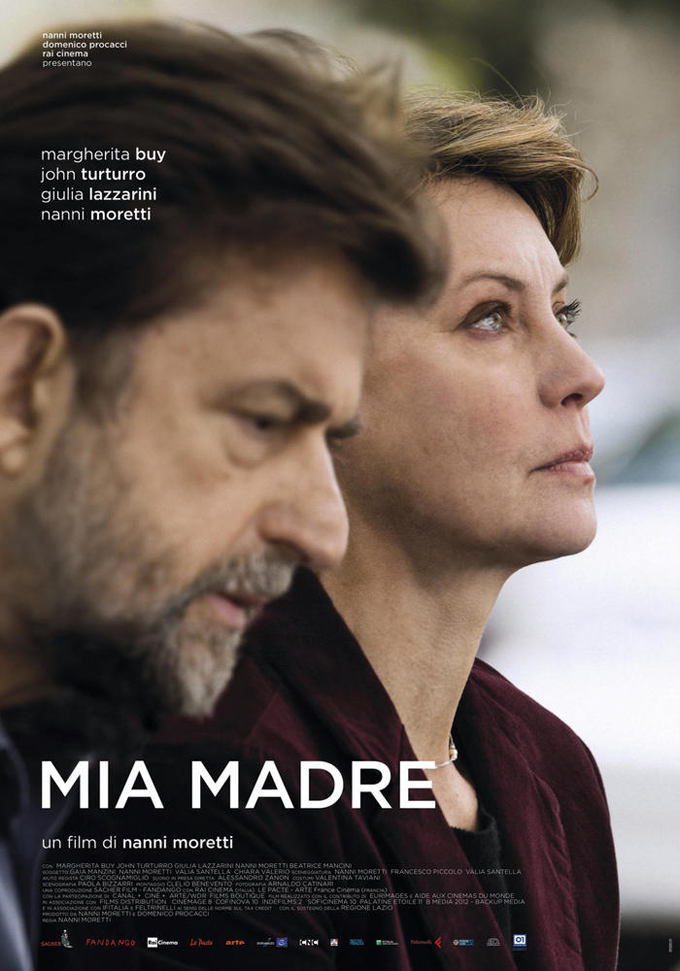 Cancel reply
The Forger, Starring John Travolta, Coming to Theaters and On Demand
Watch Shake the Dust, a Documentary by Nas, as an Exclusive Vimeo Download
To Top