Striving to fully achieve your long sought-after professional dreams and goals, especially after you have already been awarded with a glimmer of success, can be at times more difficult than getting your first big break. Maintaining those objectives can be even more difficult when you’re stressfully contending with personal challenges, and you still don’t have the answer on how to resolve those conflicts. The harrowing process of trying to balance securing personal and professional success is intriguingly chronicled in the new independent horror thriller, ‘Private Number,’ which is now playing on VOD and in theaters, and will be released on DVD on June 2. The gripping mystery film, which was written and directed by LazRael Lison, features actor Hal Ozsan as an acclaimed married author who’s traumatically and relatably failing in his attempt to preserve both his career and relationship.

‘Private Number’ follows stressed author Michael Lane (Ozsan) as he’s struggling to write the follow-up to his successful debut novel. As he battles with his writer’s block in the isolation of the home he shares with his wife, Katherine (Nicholle Tom), who’s trying to launch her new clothing boutique, Michael’s also contending with his alcoholism, even after successfully completing a year of sobriety. Her love and support has helped him overcome his addiction, but he’s still unable to fully reveal the fact that he has only made minimal progress on his book.

Michael is only able to reveal the increasing stress, and the occasionally violent hallucinations he has been recently experiencing as a result, to his AA sponsor, Jeff (Tom Sizemore). The sponsor reminds the struggling author that managing sobriety can create unwanted psychological side effects. But even Jeff can’t help Michael when the writer begins receiving harassing phone calls in the middle of the night from an unknown number. The different callers, who never identify themselves, either immediately abruptly hang up, or ask him the same question: “Remember me?”

When Michael and Katherine report the calls to local Sheriff Garrett Stance (Judd Nelson) and deputy Taylor (Ray Stoney), the officers aren’t very helpful investigating the mysterious calls, as they’re suspicious of Michael’s past history of insobriety. So when the author uncovers links between the callers and a series of unsolved serial murders that the sheriff hasn’t been able to solve, Michael realizes that he’ll have to pursue the clues on his own, so that he can finally reclaim his life.

Ozsan generously took the time recently to talk about filming ‘Private Number’ during an exclusive phone interview. Among other things, the actor discussed how he was drawn to play Michael, as he believes the most frightening horror films are the ones that question a character’s psychology and identity, which Lison’s mystery thriller does as it also ponders the troubled protagonist’s humanity; how he embraced developing Michael’s personality, as well his relationships with his co-stars, in the moment on the set of the independent film, as it allowed him to truly connect with, and understand, the character’s mindset; and how he enjoyed working with the writer-director, who he described as taking a fascinating and passionate approach to making the horror film on a short shooting schedule.

ShockYa (SY): You play Michael Lane in the new horror mystery film, ‘Private Number.’ What was it about the character, and the script and story in general, that convinced you to take on the role?

Hal Ozsan (HO): Well I’ve always found that the best and most frightening and scary horror films are the ones that you don’t know what’s going on, mentally and psychologically. The script for this film had a lot of that mystery. I remember reading it in one sitting, which is a rare thing for me. The question of identity, and what is reality, is the fundamental and primary question that humanity’s been asking since day one, at least on a basic level. It was that questioning that attracted me to the character and film.

SY: With the film being a psychological thriller, in which Michael is mainly battling his own personal struggles, including alcoholism and writer’s block, as opposed to an actual antagonist, what was the process of developing his mindset overall?

HO: That was a really interesting process. Usually for a project like this, you spend a great deal of time trying to process the crack in the character’s reality. But we were shooting an independent film in a very short space of time. Everyone involved really cared about it, so we were able to move at an extraordinarily fast pace. That process didn’t give me much time to over-think anything.

SY: With the thriller’s story mainly focusing on Michael’s unraveling emotions as he contends with his internal struggles and trying overcome his amnesia, how did you build the film’s suspense without revealing his, and the plot’s, secrets before the movie’s ending?

HO: There was a great acting teacher, San Meisner, who defined acting as living truthfully in imaginary circumstances. So I had to deal with the fact that there’s a phone call coming in during the middle of the night when I’m trying to sleep. On the call, someone was trying to communicate something to me, but wouldn’t tell me what it is. So I had to deal with those circumstances in the moment, which helped build the character. Having to work through that stimuli in scene after scene helped me develop the character.

My job is to experience whatever Michael’s going through in each moment. So I had to pretend that I didn’t know things, and what was going to happen next. It’s like having a blindfold in a dark room, and I was trying to feel my way around. You know you can take the blindfold off, and find out what the room looks like at any moment. But keeping the blindfold on keeps it the experience that it is. I had to do the whole film as if I didn’t know anything, so we wouldn’t give anything away.

SY: ‘Private Number’ was written and directed by LazRael Lison. What was your experience of working with him on developing the character and story overall?

HO: I don’t think I could have done this role with a different director. Laz likes to work fast, and knows exactly what he wants, and he’s a pleasure to work with. He’s also a fascinating person, and it’s great being around him on a daily basis.

Laz looks like an NFL linebacker; he’s this big, Southern guy, and comes off like a football player, which he was-he was a college football player. But he has the soul of a poet, and a sensitivity that few directors have, so it was a really pleasure to work with him.

SY: While Michael is struggling with his emotions, he has garnered support from several people he’s become close with, including his wife Katherine, who was played by Nicholle Tom. But he has also isolated himself from the community, and has garnered suspicion from several people, including Sheriff Stance, who was portrayed by Judd Nelson. So what was the process like of building your working relationships with the rest of the cast, to showcase both types of his relationships?

Nicholle is an old pro, as she became a professional actor at age six. So she was a dream to work with on the film.

I also had the chance to work with tow of my acting heroes-Tom Sizemore, who has been in every great film ever made. This very rarely happens to me otherwise, but I get starstruck by veteran actors who I’ve seen in a million films. Tom’s been in such films as ‘Heat,’ ‘Natural Born Killers’ and ‘True Romance,’ and a lot of my favorite films. So it was a joy to also work with him.

SY: Speaking of filming ‘Private Number’ independently, which you mentioned earlier, what was your experience of filming on a short shooting schedule? Did that process influence, or hinder, the way you approached playing Michael?

HO: It really does-you can’t over-think anything, and you have to go with your first instinct, which always ends up being your best idea. If I could, I’d shoot every film like this.

SY: Since Michael is working on his novel from home, many of the film’s scenes are shot in the house he shares with Katharine. How does shooting in one primary location like their house influence the way you approach playing your characters?

HO: That location really worked, and added to his feelings of claustrophobia. We were in a house in the height of summer in the Valley in Los Angeles, and it got extraordinarily hot. All of the air conditioning had to be turned off, because the camera and microphones would pick it up.

So there we were, all crammed in this house that was essentially in the desert, day in and day out. That process really helped lend itself to the film’s psychological imprisonment, claustrophobia and inability to escape. So it was the perfect location. Everything on this film had a slight magic to it, and I think you can see that on the screen.

SY: The movie will be released on Friday on VOD and in theaters. Are you personally a fan of watching films On Demand, and overall, why do you think the platform is beneficial for independent films like ‘Private Number?’

HO: I think there’s something really nostalgic about going to a movie theater, as we all grew up going to them. But there’s also something to be said about the way technology has developed. You can have a cinematic experience in your own home with a great screen and sound system. So while I am a big fan of the whole VOD platform, I am still an old-fashioned nostalgic. There’s nothing like sitting in a darkened room with a bunch of strangers, and going through the same ritual together. 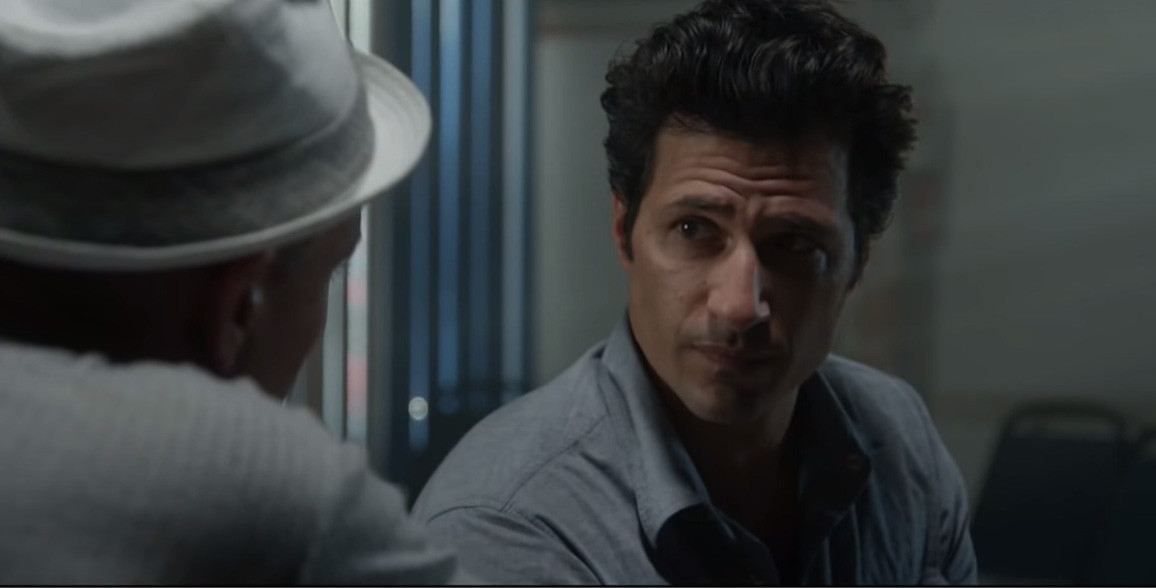