Johana Burwood (Sarah Hyland) comes home from work, pops some waffles in the toaster and clicks on the news to discover her drug-addict brother Maxwell “Magnus” (Jake McDorman) has died in a strange murder/suicide avenging his deceased girlfriend while wielding a sword, claiming to be a viking. She forgets she had a date that night, and the poor guy Peter (Alex Frost) shows up with daisies. Not knowing how to handle the news and the thought of having to go see her family, she allows Peter to tag along to her father’s house where the family will meet for the funeral.  There she sees her aging father (Conor O’Farrell) being cared for by a hippie nurse Faye (Emma Bell). Soon the siblings show up – Barry the gay psychologist ( Bret Harrison) and his Hawaiian stoner boyfriend Makewi (Shameless’ Steve Howey), uptight brother Don (Michael Weston) and his 15 year old young republican daughter Ashley (Odeya Rush). They all have reasons for not wanting to be there; but they all want to be there for the one person they can’t see or talk to – Magnus.

The Good: Sarah Hyland and Steve Howey.  They steal each scene.

The Bad:  There’s not too many characters to keep track of, but there’s not a whole lot of depth to each character to truly care about them. Sarah Hyland’s character is seemingly interesting, but we don’t get to the payoff of her story until the end; what a gyp. The one that bugs me the most is uptight brother who likes to point out everyone’s faults, but still claims to be the caring big brother—well which is it? You can’t be an asshole and still stand there with open arms thinking they’ll seek you out for comfort. Maybe I don’t associate with people like this, because I don’t get his personality.  Supposedly the family fell apart when mom died, but they don’t expand on that. They’re all supposed to be so messed up, but are they really? Their lives are not that bad, they’re just a bunch of whiners.

See You In Valhalla is a rushed, cliche family tragedy story that plays out like The Big Chill meets The Family Stone. They love each other, but they can’t stand each other – sounds like everybody’s family. It’s entertaining enough where you can relate to the trivial crap that keeps you from wanting to visit your own family, but shows you that you should keep in contact regardless of the issues because you never know when one of them will cross the rainbow bridge. You’ll get the feels if you’re not totally dead inside. 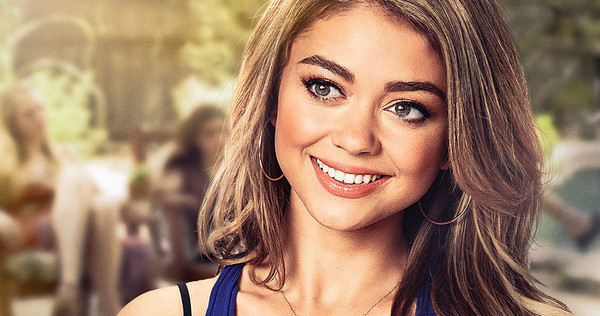