Finn (Matt O’Leary) is a canvas artist whom is lacking inspiration. In the meantime he works as a superintendent for a small ground level apartment complex. He lives with his girlfriend Callie (Danielle Panabaker) and their friend/roommate, Jasper (George Finn). Callie and Finn usually check in on the tenants, most of which are elderly, to make sure they’re okay, and they notice that the one tenant directly across from them hasn’t been heard from in several days. Knowing his habit of venturing frequently into the storage unit, they discover the charred remains of Mr. Bezzerides (John Rhys-Davies). After close inspection of his apartment, they figure out the giant machine taking up the room is a camera, facing into their apartment window that spits out Polaroids. The pictures show 24 hours into the future. Jasper being a compulsive gambler, figures out how to use the machine to make some easy money. He posts lists in the window of the dog race winners, which will show up in yesterdays photograph so Jasper can make the bet. Finn can see his canvas art in the photo, which gives him the inspiration to create his masterpieces. Callie on the other hand finds some of the photos disturbing, because it shows her cheating on Finn with Jasper.  Jasper then screws it up when he accidentally tips off his bookie Ivan (Jason Spisak) that he has some sort of angle on his string of lucky bets. Ivan threatens the three that they give him the photographs and he won’t have his thug Marcus (David Figlioli) kill them.

The Good: Time Lapse takes a tip from Primer, and makes a smart time travel film on a low budget.  The acting and casting were good.

The Bad: The filmmakers went to the trouble of hiring classically trained actor John Rhys-Davies to play the dead Mr. Bezzerides, but only show his character in photographs.  Are you kidding me?

The science of time travel may go over some people’s heads. I’m not smarter than the average bear, but it did take a little bit of troubleshooting in my head to fully understand the time loop and how they could tell their past selves what was to come. In the end it all came together and I could appreciate the story finally. I liked it, thought it was fun, and I would watch it again. 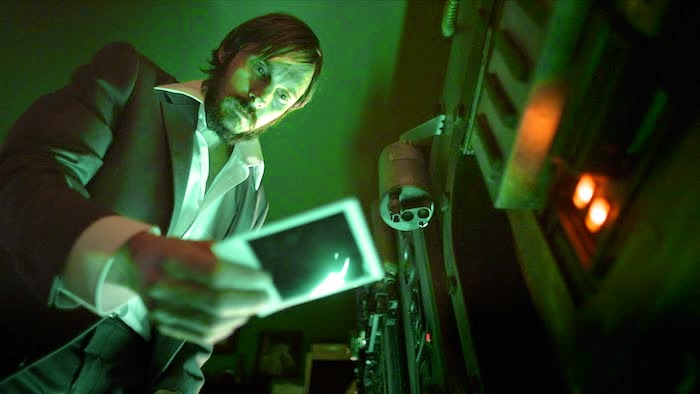