The Diary of a Teenage Girl Coming to Theaters August 7

A girl comes of age in “The Diary of a Teenage Girl,” the film adaptation of Phoebe Gloeckner’s novel. The film, coming to theaters Aug. 7, stars Bel Powley, Alexander Skarsgård, Christopher Meloni and Kristen Wiig and is directed by Marielle Heller, who also wrote the adapted screenplay.

Powley plays Minnie Goetze, a girl who is like most teenage girls her age; wanting love and acceptance. Her want for love, plays into a love affair with her mother’s (Kristen Wiig) boyfriend, “the handsomest man in the world,” Monroe Rutherford (Alexander Skarsgård).

“Set in 1976 San Francisco, THE DIARY OF A TEENAGE GIRL begins at the crossroads of the fading hippie movement and the dawn of punk rock. News commentary of the Patty Hearst trial echoes in the background, as Minnie’s young expressive eyes soak in a drug-laden city in transition- where teenage rebellion and adult responsibility clash in characters lost and longing. Minnie’s hard-partying mother and absent father have left her rudderless. She first finds solace in Monroe’s seductive smile, and then on the backstreets of the city by the bay. Animation serves a refuge from the confusing and unstable world around her. Minnie emerges defiant- taking command of her sexuality and drawing on her newfound creative talents to reveal truths in the kind of intimate and vivid detail that can only be found in the pages of a teenage girl’s diary.” 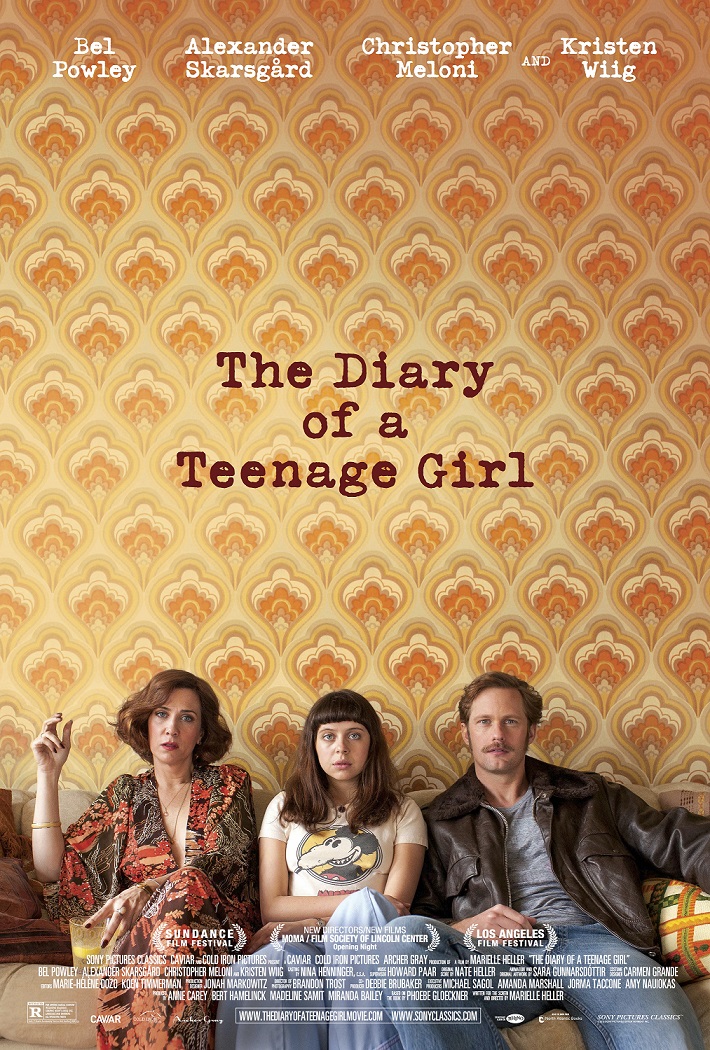