Arnold Schwarzenegger is doing his own bit of viral marketing for “Terminator Genisys.” The actor had fun with visitors at Madame Tussauds wax museum in Hollywood, posing as the wax version of his Terminator character. Once fans posed with the “wax” Terminator, however, they were given the shock of their lives, realizing they were posing with the real Schwarzenegger! Check out the video below the post.

The fan interaction is also part of Schwarzenegger’s partnership with charity fundraising platform Omaze. Omaze is set to give one fan and a friend the chance to attend the premiere of “Terminator Genisys” and the after party. All you have to do is donate $10 or more to enter into the drawing; your money will benefit Schwarzenegger’s charity After-School All-Stars, an after-school program that keeps kids on the right road to success. The program serves 87,377 low-income and at-risk youth at 367 Title I schools in 15 of America’s major cities. The campaign ends June 20, so enter now! 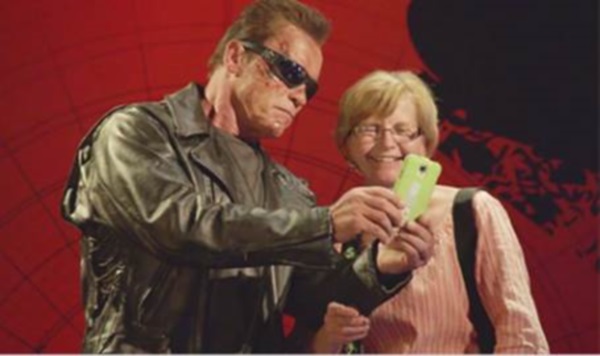