Blues legend Tomás Doncker is helping launch the inaugural South by South Orange Festival (SOxSO) next weekend, June 26-28, in celebration of his acclaimed current record, ‘Big Apple Blues.’ The musician’s funk, soul and jazz group, The Tomás Doncker Band, will serve as the house band for the festival, which will be curated by bassist and PWI Media Entertainment CEO, Mike Griot.

SOxSO was established as an opportunity to showcase the creative process behind creating music, as well as to emphasize the ways that arts, science and creativity work together to produce innovation. The festival will feature such musicians as Will Calhoun, the drummer for Living Colour; The Wailers front-man Josh David; and critically acclaimed violinist Alan Grubner. Doncker is also set to perform ‘Big Apple Blues,’ which he co-wrote with Pulitzer Prize winning poet, Yusef Komunyakaa, and was released by True Groove Records.

The theme for the first SOxSO is Creative Collisions, which is aimed to highlight how some of the most interesting and fulfilling aspects of life can come from perceived incongruence. The South Orange, New Jersey-based festival, which is being presented by South Orange Village and Seton Hall University, will feature 12 interactive sessions, 15 musical performances and community art projects.

Doncker was an important member of the no wave movement in downtown New York City in the early 1980s. He served as a guitarist for such groups as James Chance & The Contortions, Defunkt and J. Walter Negro & The Loose Jointz. He later began producing studio and songwriting sessions with such musicians as Bootsy Collins, Yoko Ono, Grammy-nominated reggae vocal group The Itals and Grammy-winning producer Prince Charles Alexander. 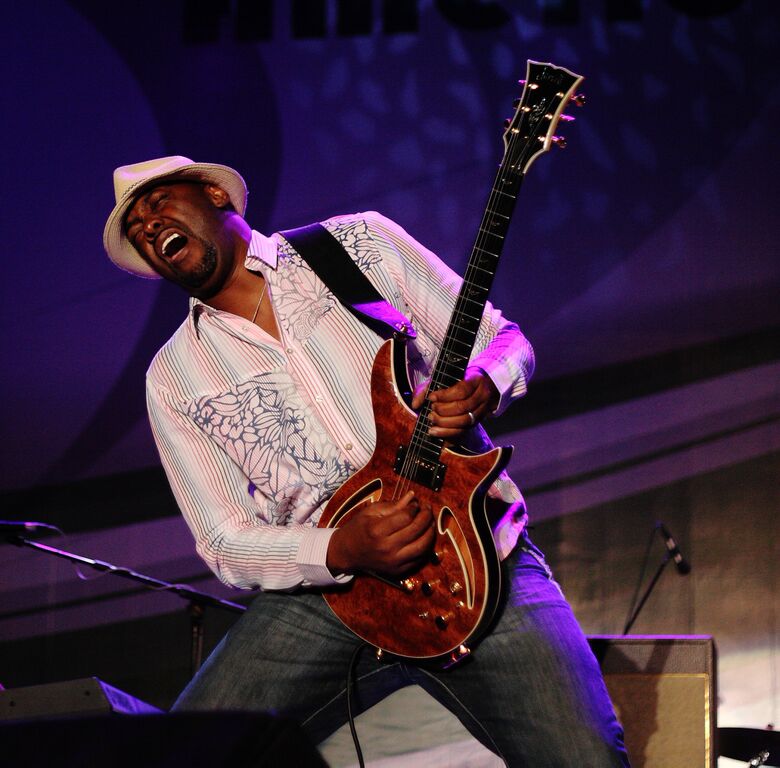