Garnering the cultural insight and intelligence to fully appreciate the various forms of pain and suffering that people have long been forced to endure, alongside life’s ultimate joys, can be a harrowing process. But effortlessly being able to acknowledge and contend with the extensive range of emotions that comes from fearlessly immersing yourself in diverse relationships and situations can ultimately be a rewarding experience. That fulfilling occurrence is the enticing motivational drive in the new self-titled debut album from innovative blues-rock band Delta Deep. The group’s revolutionary ideas about embracing life’s full extent of challenges are entracingly presented by powerhouse lead vocalist and guitarist, Phil Collen, who’s also the lead guitarist for Def Leppard, and fellow commanding lead singer, Debbi Blackwell-Cook.

‘Delta Deep’ begins with the enticing rock-fueled ‘Bang the Lid,’ which features a jolting introduction that mixes compelling guitars and percussion. The track’s vocals are then dynamically jump-started with the strong and intense lyrics from Blackwell-Cook as she tries to lure the man she loves back. But she’s smartly determined to keep her soul and identity while she tries to regain his attention and reclaim their relationship.

The initial riveting track then eases into the calming and subdued jazz-infused electric guitar, drums and cymbal introduction of ‘Whiskey.’ The second song’s versatile instrumentals enticingly play well along with the group’s female singer’s lyrics, which emphasize the idea that there isn’t any shame in showing your emotions to those who care about you. Blackwell-Cook relatably sings that she hopes someone would help her escape her loneliness.

The album’s third entry, ‘Down in the Delta,’ reverts back to the group’s classic hard-rock guitar introduction, which naturally emphasizes the determined passion that arises from living in a painful place. The rock song intriguingly features intense drums and cymbals to garner a gospel feel that highlights Blackwell-Cook’s feeling that she’s living in a hard emotional place. The singer perfectly stresses that she doesn’t know what her ultimate fate will be in life.

The next song on Delta Deep’s debut album is ‘Treat Her Like Candy,’ which is an interesting blues-infused rock song that features a calming electric guitar and bass line. Blackwell-Cook passionately duets with Collen on the track, which encourages men to treat the woman they love right, so that she’ll shine in life. The message that their relationship will become better when he treats her better interestingly gives way to a rock-inspired instrumental solo in the middle of the song. The instrumentals help maintain the song’s energy and suggestion that women can naturally sway people, in order to achieve what they want in life.

The vital song then leads into the energetic entry ‘Miss Me,’ which features a dynamic, hard-rock drum and guitar beat that’s reminiscent of Collen’s time with Def Leppard. Delta Deep’s two lead singers emotionally reveal that they’ll miss each other when they’re gone from each other’s lives. But they also realize and acknowledge that their lives would be better without the other person for the time being. The song, which is a nostalgic tribute to classic hard-rock love songs from the 1980s, emphasizes that they should be apart, as all they have ever done was push each other away.

The record’s next track, ‘Burnt Sally,’ is an intriguing jazz and blues-infused love song that focuses on how people never truly recover from a broken heart. The entry, which is enthrallingly infused with animated guitar and organ notes, provide captivating support to the lyrics that as a person tries to wipe their tears away, their ultimate drive to overcome their sadness, loneliness and misery empowers them.

The next gripping and memorable duet between Collen and Blackwell-Cook occurs in the album’s next song, ‘Private Number,’ in which captivatingly states that his feelings for the woman he loves are still unwavering. When he insists that he wants to know what’s wrong and why he hasn’t heard back from her, her simple response in the jazz and rock-infused song is that she had to change her number after she received so many calls from other men. While the track’s concept is simplistic at times, it’s a classic rock-infused love ballet about never giving up on the person you love.

The next several songs on ‘Delta Deep,’ including ‘Shuffle Sweet,’ ‘Black Coffee’ and ‘Feel It,’ feature more enthralling hard rock vocals. The tracks also emphasize their captivating instrumentals, including moments of up-tempo guitar notes that are set against gritty bass and drums. The two singers reveal again what a strong addiction they have for their passions. Collen and Blackwell-Cook also acknowledge that they finally have realized and accepted who they truly are, which allowed them take control of their lives and go after what they want.

‘Mistreated,’ the epic last track on the new jazz-rock band’s debut album, features captivating electronic bass guitars and drums. The instrumentals highlight how the two singers are disappointed with how they’ve been treated as they’re coping with their heartbreak. Collen and Blackwell-Cook also passionately highlight that they’re trying to battle their emotional pain, but their agony is so intense that they’re struggling to accept that they’re on their own now.

Delta Deep’s self-titled debut album features such a diverse blend of jazz, rock, soul, funk and R&B lyrics, vocals and instrumentals that their dynamic musical foundation will be difficult to match by other musical groups. With Collen and Blackwell-Cook’s passionate and relatable singing, which has been powerfully influenced by them understanding the various forms of pain and happiness that people have long endured, the record is a progressive insight into how people around the world has coped with their ever-changing emotions.

For more information on Delta Deep, visit their official website and Facebook page. Watch the sampler video for ‘Bang the Lid,’ and listen to ‘Mistreated,’ below. 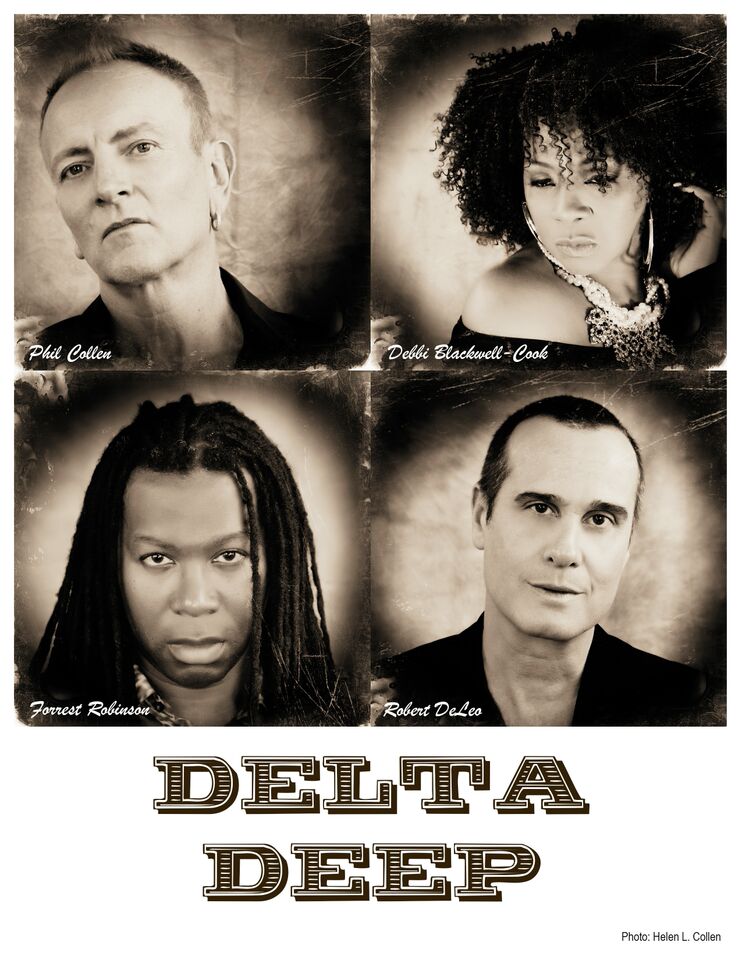