Courageously and resolutely fighting for your beliefs, both physically and emotionally, can be a powerful advantage in achieving your goals, especially when you’re battling your callous competitors. But when the line between your supposed allies and your alleged opponents becomes increasingly blurred, you’re forced to reconsider what connections are actually benefiting your ultimate goals and motives. That gripping emotional exploration is powerfully examined through the questionable actions of actor Robert Davi’s seemingly admirable character in the new action thriller, ‘Awaken,’ which is now available on DVD.

‘Awaken,’ which was was co-written and directed by Mark Atkins, follows Billie Kope (Natalie Burn), a skilled martial arts expert who mysteriously wakes up on a deserted tropical island. The last thing she remembers before she was brought to the island was that she was attacked while searching for her sister, Rina, who disappeared five years ago while she was in prison. But Billie is still determined to find her missing sibling, after she receives a lead that a corrupt businessman, Rich (Jason London), may somehow be involved in her vanishing.

Unbeknownst to Billie, Rich has set up an expensive and illegal clinic on the island, where he brings the unwilling donors he has kidnapped for his business venture. While most of the people he brings to the island match the bloodtypes required for the wealthy patients he works for, who require new organs, Rich has captured Billie because she has asked too many questions about him. While the victims have no idea why they’ve been brought to the island, Rich’s employees, who are led by Sarge (Vinnie Jones), make sure they detox their systems there before they hunt them to harvest their organs.

After meeting the other victims on the island, including Nick (Michael Copon), Berto (Edward Furlong) and their leader, Quentin (Davi), Billie searches for a way off the island, as well as the answers to some of her questions. Along the way, they receive help from another victim they find on the island, Stitch (Daz Crawford). The group does whatever it takes to protect themselves, including fighting Rich’s latest client, Mao (Daryl Hannah), who’s desperately trying to save her the life of her young daughter, Violet (Mykayla Sohn). While searching for answers and a way to save their lives, Billie relies on the fighting and skills her father (Benny Urquidez) once taught her, as she and her new cohorts discover the extreme measures they’re all forced to take to protect themselves and each other.

Davi generously took the time recently to talk about filming ‘Awaken’ during an exclusive phone interview. Among other things, the actor discussed how he was drawn to play Quentin because he was interested in helping Burn, his ‘The Expendables 3’ co-star and friend, who also served as a co-writer and producer on the drama, develop the script; how Quentin’s initially considered to be a leader amongst Billie and the rest of the group on the island, which makes them all feel betrayed when his true motives are revealed; and how he appreciates that the film features a strong female character in Billie, as the story shows that women catch their dreams.

ShockYa (SY): You play Quentin, who’s trying to find his way off a remote island to get away from his kidnappers, who captured him and his fellow abductees, to use for their human organ harvesting operation, in the new action thriller, ‘Awaken.’ What was it about the character, as well as the script and story overall, that convinced you to take on the role?

Robert Davi (RD): Well, I’m friends with Natalie Burn, and she’s a lovely girl. I like helping young actors and actresses who are as committed as she is to their projects. She approached me with a film that she wanted to make to further her career, so I read the script. I hadn’t done a survival in the woods movie, so to speak, in my career yet. I had made a film called ‘Amazon in the Rainforest’ years ago, but it wasn’t of the same nature as this movie. So it seemed like an interesting character for me to play; we were stuck on this island, and I had this dual purpose that the audience finds out about later on in the story. So overall, it was a fun project to do. The idea of shooting in Belize was also provocative.

SY: While many of the survivors on the island look up to Quentin for guidance and inspiration, it’s revealed as the story develops that he has secrets that he’s hiding from them. What was the process of maintaining the facade that he cares about the rest of the group before his true motives are revealed like as you were filming?

RD: Well, I’m known for portraying tough guys, so it’s easy for me to play hard, edgy characters. So with Quentin, I wanted to do a little something else, even though I’m confined by my opposing quality. But he’s someone who’s a leader, and is trying to make the rest of the group fell as though they’re being protected. That way when the turnaround happens, it makes them feel something else.

**SPOILER ALERT** In the original script, Quentin was supposed to be killed. But after we started filming, I felt like he had his own turnaround, as he now also wanted to get off the island. He ended up being a victim of the process, as well. (laughs) His paranoia started to creep in, which made him want to find a way out for himself. So he goes off into the jungle and disappears. We were also going to film a scene where they find him later in the city, but that didn’t make it into the movie. But in a way, we were trying to convey a sense of leadership in him, and trust amongst him and the rest of the team, so it would throw the audience off. **END SPOILER ALERT**

SY: ‘Awaken’ features a diverse cast, including Vinnie Jones, Edward Furlong, Jason London and Natalie Burn, who you mentioned earlier, and you previously starred with in ‘The Expendables 3.’ What was the process of working with the rest of the cast, and building your on-screen relationships together?

RD: Well, many of of them are young actors, and they were all committed to showing what it was like living in that environment. I’ve also worked with some of the cast before, like Vinnie Jones, who I’ve also been friends with for years. We don’t have any scenes together in this film, but we do have a connection.

I enjoy collaborating with people I call Soldiers of Cinema, who can work without a 25-foot motorhome on the set, and can embrace the fact that they’re making an independent film. I also like working with people who can have fun and create a reality that suspends disbelief in the audience.

Natalie was one such person, as she’s very committed, disciplined, nice and caring. She is able to embody the qualities of her characters, and is a strong female character actress. She’s also feminine, but is able to survive in a “man’s world,” much like her character in this film.

Being a father of three daughters myself, I like films that have a strong female character. That’s another aspect that I like about the film-it shows women going out and catching their dreams.

SY: Natalie’s character, Billie Kope, is one of the main protagonists in the film, like you mentioned, and she easily fights and defeats the guards who are pursuing her, Quentin and the other survivors. Having appeared in several action films yourself, why do you think it’s important and beneficial to the genre to start showcasing strong female leads?

RD: I don’t know about having them in all of these types of films, but why not have more of these characters overall? Women are in the Army and Navy now. I have an ex-girlfriend who went to West Point, and then went into the Army and became a captain-lieutenant. So these characters reflect what’s happening in a heroic aspect. When I was the lead on the TV show ‘Profiler,’ which was way before it’s time, we also had a strong female lead.

SY: Besides appearing in multiple action films throughout your career, you also played Agent Bailey Malone in the popular crime thriller series ‘Profiler,’ like you just mentioned. How did maintaining the suspense throughout on a multiple season show, whose action was left open-ended each year, compare and contrast to playing the set character arc in a film like ‘Awaken?’

RD: I absolutely love both processes. What’s happening now with shows like ‘House of Cards’ and ‘The Black List’ is amazing. Like I said, ‘Profiler’ was the first of its kind. We would shoot little movies with each episode. We would film each 42-minute episode over the course of eight 17-hour days. But acting in both mediums is great.

I’m also doing a concert series now, and my music is my strong passion. I released my album, ‘Davi Sings Sinatra,’ in 2011, and it went to #6 on the Billboard Jazz chart. So besides all the action and tough guys I play, my heart is in the singing. 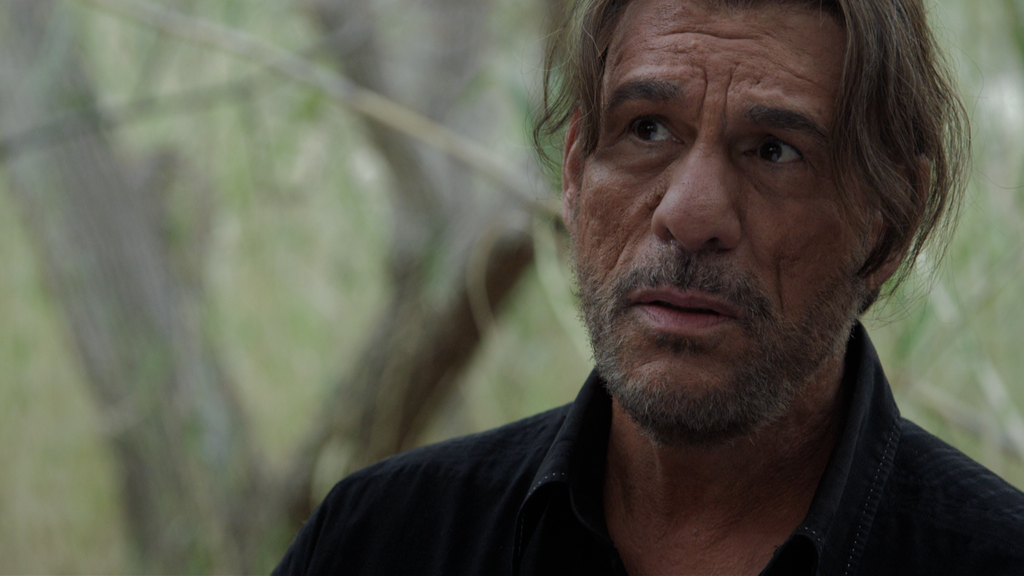