KNOTFEST…. A HAPPENING THAT WILL AWAKEN YOUR DARKEST SENSES!!

5 Stages with over 20 Major Festival Attractions and 40 Hours of Apocalyptic madness! With the addition of the biggest Japanese bands, Knotfest features the best in heavy music from around the Globe. Overall the Festival will feature over 33 globally touring artists and 18 regional bands showcasing the best artists in Heavy Music! Campers and VIP ticket purchasers will be welcomed into Knotfest a night early for intimate performances by a packed lineup of heavy bands as well as the first look at all Knotfest’s attractions as well as the legendary Slipknot Museum (The band’s entire history in one place). Libations, food and chaos will be served cold.

Each festival day on Saturday and Sunday will be “13 HOURS OF THE APOCALYPSE” from 11AM to 12 Midnight featuring tons of different festival attractions including the Slipknot Museum, Massive Fire Hell Zone, Packs of Freakish characters, the scariest ride from the Clown’s childhood at the Iowa State Fair, THE RING OF FIRE, a Fighting Thunderdome, a Festival Zipline, a sideshow freakshow and many more to be announced.

Both Saturday and Sunday, bands in the festival area and main stage play for over twelve hours ranging from new bands to staples and heavy hitters in the heavy music scene. 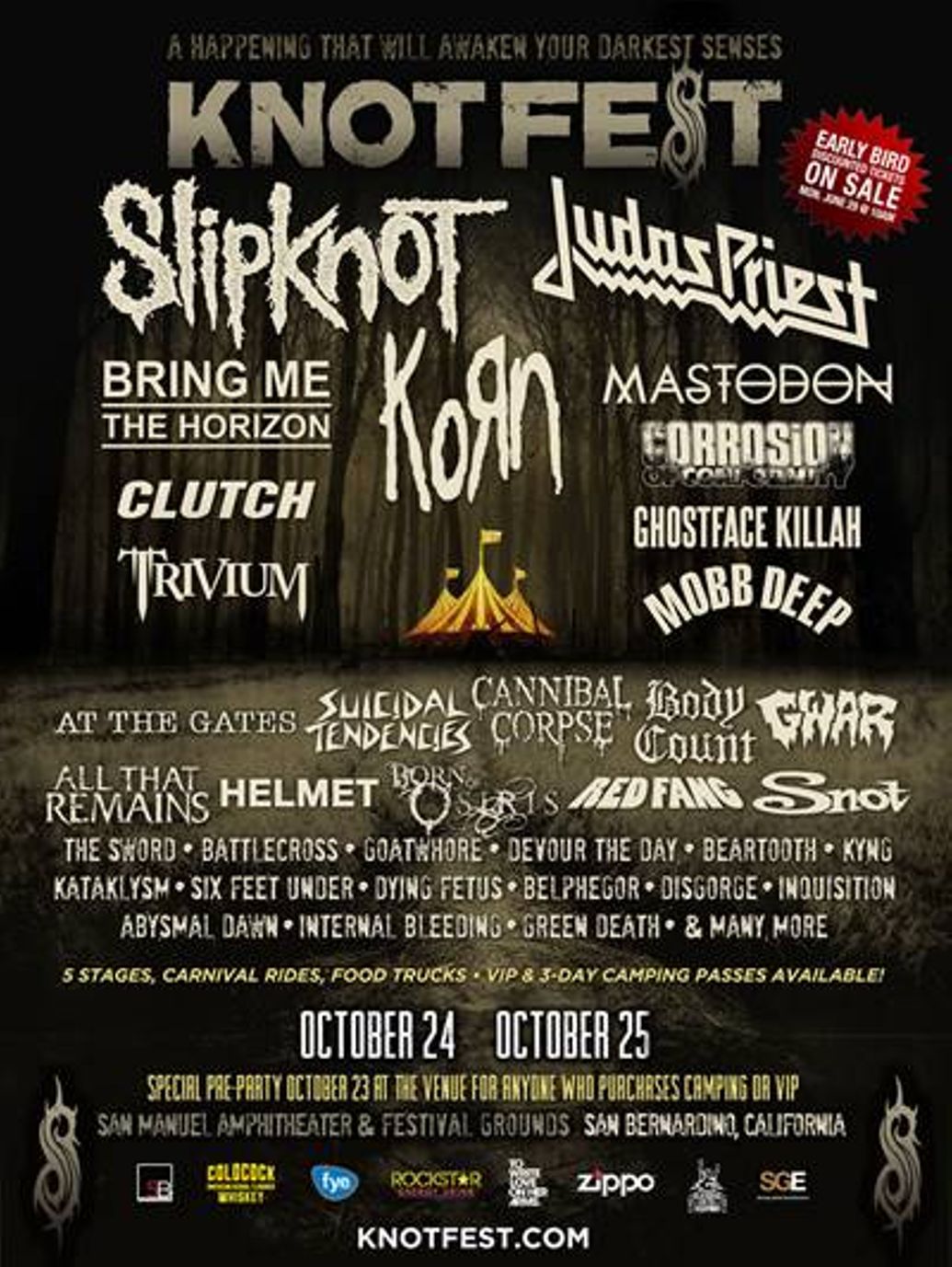