The film opens up with a young man named Harris (Thomas Ian Nicholas) whom answers the door to see two cops. Apparently someone tripped an alarm because a friend of his is stuck in the elevator. The cops are surprised to find out that Harris is the owner, and as the camera pulls back, we see why; the house is ginormous. They insist they go inside where they meet Daneel (Jena Malone), a pretty young girl who’s not all there. As the cops do a walkthrough, they find a few more occupants in the house – brothers Easton (Damon Alexander) and Jake (JT Alexander), sitting on the couch. They seem a little bit out of their element, but this is LA, so the awkwardness is brushed off. Harris does seem a little bit nervous, and we figure out why as he tries to slip a note reading “help” to the cops, but it doesn’t get read. After the cops leave, Easton and Jake reveal themselves as to be tough guys on a mission. Harris is the son of mobster Punchy (Joe Mantegna). Punchy saved Easton from a long prison term, by having him take the fall for a lesser crime, but promised Easton it would be short and he would get his payout when he got out. After 13 months, Easton got an early release for good behavior. He goes to collect a small cache of government bonds, only to find out Punchy ripped him off.  Easton wants what’s owed…and unbeknownst to him, his brother and their aspiring actress girlfriend Daneel, they’re not the only ones.

The Good: The ending was okay, once we finally get there. Some of the dialogue was funny. There’s just something I like about Joe Mantegna. He shows up and the film is cool for a while. Unfortunately for the audience and the film, he’s got a small part.

The Bad: Did anyone else feel this movie took a millennium to get to the end? The Tarantino-esque switching from past to present and flopping to each storyline got tiresome. The Ray Liotta from Goodfellas narration was trite. The characters were bland and cliche. The “trying to be clever with the one-liners” were trying too hard. The double/triple cross twist ending wasn’t very twisty. Daneel lights up a blunt, which disappears and then reappears – did you catch that one? What’s the title have to do with this film? Unless they poisoned the weed, it doesn’t make a lick of sense.

I actually had to sit through this twice because I got bored the first time, and missed a lot because I kept tuning out. Watching it again didn’t improve my opinion of this film; I just couldn’t wait for it to be over. 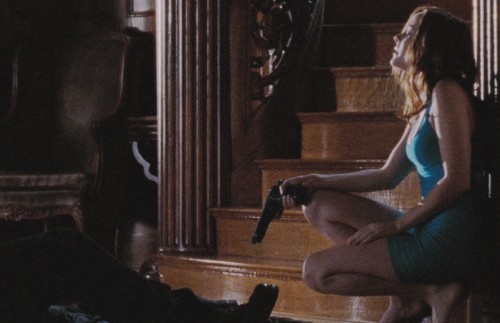