Daisy (Lauren Parkinson) and her brother Bubba (Scott Barrows) live alone in a dilapitated house in the middle of the desert. She portrays herself as the sexy vixen to lure men onto their property and then hunt them down for sport and food. Bubba being a bit on the husky side has limited ambulation, but is able to help out in delivering the final blow on their kills. Things are going great for the two siblings, and the eating’s been good.

A stranger named John Doe (Bret Roberts) has drifted into town. He preys on women who are tattooed and brings them back to his hotel for some wild sex, and then brutally murders them claiming to absolve them of their sins for desecrating their bodies.  He happens upon Daisy in town and is instantly smitten. After she brushes him off, he follows her back to her home and watches her pick up a friendly hitchhiker named Paul (James Duval). John watches with great interest as she goes inside her house and alerts her brother of the potential meal she brought home.  Daisy puts on war paint, wielding a serrated knife and whoops as she chases down her prey. John knows the only way to win her over is to bring her an offering – in the form of the dwarf that owns the hotel.  However he knows she has a small tattoo on her hip. He is conflicted on whether to make her his woman, or his next victim.

The Good: Boobs! Sex! Gore! An homage to Master Blaster with a badass  dwarf!  There’s several homages that peak up along the way – including Henry: Portrait of a Serial Killer. I can appreciate where they went there.

The Bad: There might have been an homage to Six String Samurai, but whenever John Doe starts singing I just wanted him to shut up. He didn’t have a bad voice, but the music was awful. Did his victims have low self esteem? He was a dirty hillbilly troll. I don’t care how much charisma someone has, have some standards.  What was the point of that detective character? He added nothing to the story. The amputation gore was a bit amateur.  Paul didn’t even bother trying to throw Daisy off of him as she was sawing off his forearm. Just lay there and die, that’s exciting.

The end credits have a fun outtakes bit with more T & A if you’re so inclined. If you’re looking for something to watch to kill time, this will do the trick; but a good horror film it is not. 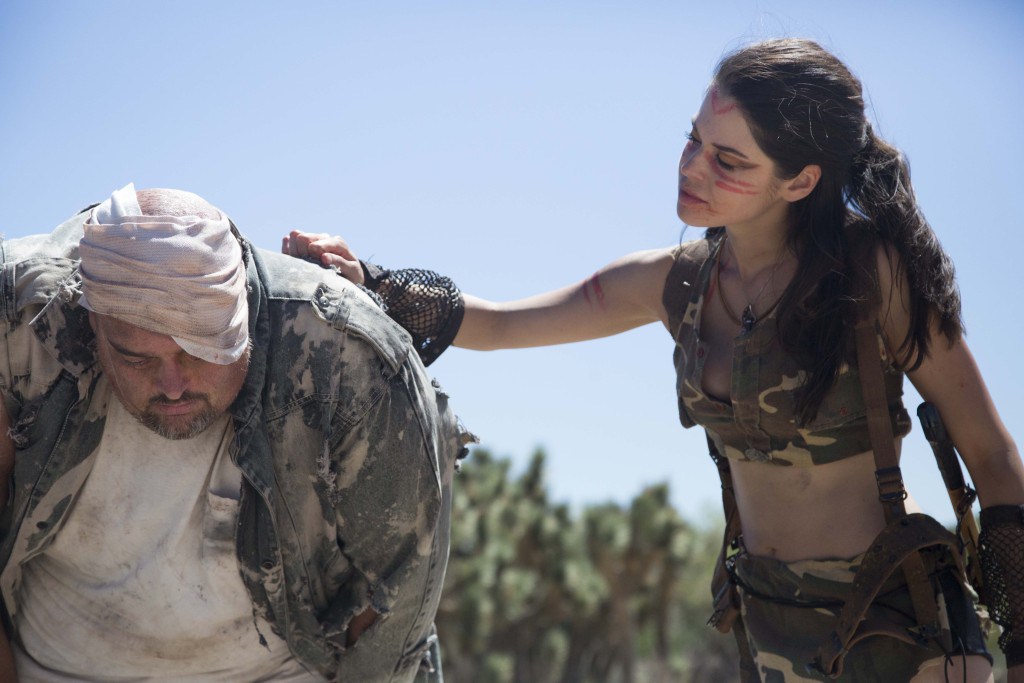 Cancel reply
The Curse of Downers Grove Movie Review
Exclusive: The Shaman Gets New Featurettes On Its Score
To Top