A small town-set indie crime drama of smartly modulated disquiet, “Two Step” is a refreshing reminder of the abundance of talent, onscreen and off, that lies outside of the conventional cinematic production hubs of Los Angeles and New York City. A SXSW world premiere, writer-director Alex R. Johnson’s film is a slow-boil affair, marked by superb performances and a solid technical package.

Baylor University wash-out James (Skyy Moore) returns home, only to have the grandmother who raised him somewhat suddenly pass away and bequeath him a five-figure inheritance. Bereaved and adrift, he strikes up a friendship with his grandmother’s kindly neighbor, Dot (Beth Broderick), a dance instructor with a straight-shooting demeanor. Concurrently, Webb (James Landry Hebert), a sleazy loser who’s just done a nine-month prison stint on an assault charge, gets out of jail and returns to the girlfriend, Amy (Ashley Rae Spillers), whose nose he also busted before getting locked up. Webb is indebted to a local business owner and dabbler in illicit matters, Duane (Jason Douglas), who tacitly encourages Webb to leave town in lieu of paying off the money he owes him. Webb, though, does not seem to be the kind of guy who is able to take a hint.

The plot mechanism on which “Two Step” hinges is a simple but effective one: in prison, Webb cold-called a bunch of old people and posed as their grandson, successfully baiting some of these confused retirees into wiring him money. One of these people, it turns out, was James’ dementia-riddled grandmother. When Amy flees with their ill-gotten nest egg, it pushes Webb further over a line. Desperate for cash, he tries to reestablish contact with James’ grandmother, not knowing she is dead.

Director Johnson smartly avoids most of the mistakes that young filmmakers make, keeping things at a natural simmer rather than turn up the heat of conflict too quickly, and too soon. In its own unique way, the film feels like a descendent of the Coen brothers’ “No Country For Old Men,” though less plugged into grander metaphor and less explicitly concerned with the (potentially) psychotic nature of its chief antagonist. Additionally, it’s a different type of movie, and not as adventurously structured, but “Two Step” also recalls Simon Rumley’s “Red White & Blue,” another Texas-set drama with some similar thematic elements. Each of these movies were marked by cool, assured filmmaking, lingering menace and flashes of violence, and Johnson’s effort shares their DNA. Its savagery is realistic, and has consequences. I’m not quite sure that ultimately every action Webb takes makes sense, but none ring completely false or hollow, and the movie works on its own terms more as an unhurried curation of Bad Things than a conventional suspense thriller.

Its dialogue is expressive, and just right (“I’m not a can of corn, getting dusty waiting for you to take me down off the shelf,” Dot tells a married, would-be paramour, while Duane verbally backhands Webb by saying, “I don’t live in a world of maybe, I live in Texas”). Certainly everything about its below-the-line production is well done, and of a piece. Andrew Kenny’s music is moody and low-key, while Claire White’s production design and costume designer Rachel Marie Jones’ work are deceptively simple evocations of Southwestern lower-middle-class environs. Cinematographer Andrew Lilien really shoots a smart film, too, with expressive but not overly showy framing choices and a nice use of soft and natural light.

Where “Two Step” most connects, though, is in its performances. Hebert, who could probably pass for Barry Pepper’s stunt double, is rather wonderfully scummy as Webb, but he doesn’t take the bait of a lesser actor and overplay his character’s loathsomeness; instead, his actions flow recognizably from a place of wounded psychology. Similarly, Moore is sensitive and restrained, and Broderick is just fantastic, occupying a uniquely lived-in yet charismatic space. Together they and the other actors give “Two Step” a sense of deeply rooted authenticity. If there’s an additional strike against Johnson’s movie, it’s just that it winds up somewhat on its back foot, with a self-consciously arty conclusion. Still, this is a fine little film, definitely worthy of seeking out. 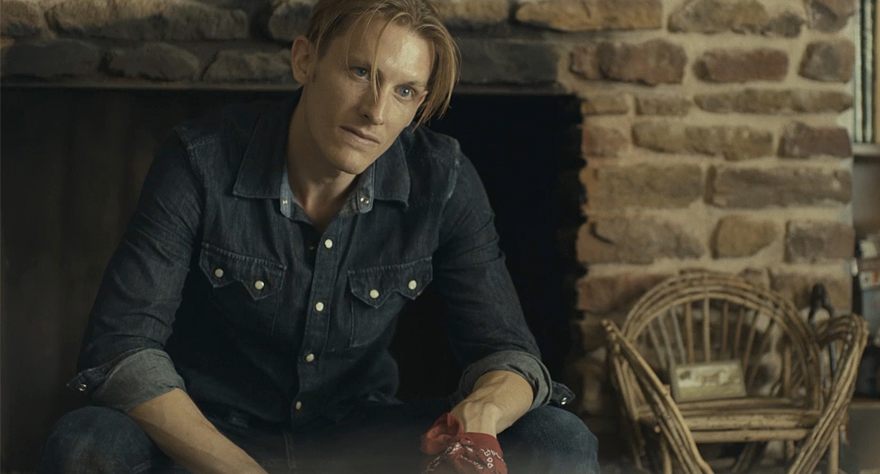