An unnamed man (Wes Bentley) wakes up in a bed, hooked up to various machines and riddled with pain. A woman (Kate Bosworth) leans over him telling him he was in an accident, she’s his wife and she’s going to take care of him.  He has no memory of his life beforehand, and he cautiously takes her at her word.  She nurses him back to health, prepares him a lovely dinner when he’s able to ambulate around the house and makes love to him as if this was how they interacted before he lost his memory.  As he explores the house, he tries to find some sort of reminder of his past. He finds a room with several 8mm films of children and families of whom he has no recollection, and the house cats are batting at a wardrobe in the corner. He goes to investigate and finds a body wrapped in plastic. He starts to have memories of a car accident and a young girl named Audrey (Olivia Rose Keegan) screaming “Dad!” before the impact. He begins to doubt his caretaker and realizes she has an ulterior motive for keeping him invalid in the house.

The Good: The ambiance of a constant dream-like state and confusion is only what I imagine what having amnesia feels like. The cinematography is wonderful. Kate Bosworth shows off some actual acting chops and comes off as sexy/creepy with her perfect chignon hairstyle. She wants a baby, but has some weird foreplay tactics like lobotomy and shock therapy. There’s this one scene where Audrey attempts to escape and stabs “the woman” (Yes I was serious, these characters have no names)  in the shoulder and Kate Bosworth uses a wood burner to sear the wound with just a pained sigh. So gnarly!  She hacks up bodies wearing fur. What the what?! The costumes and set design are from another period, which makes the time frame a little confusion, but since “the man” has amnesia, and has no concept of where or when they are, it strangely works.  The cats don’t die, there’s something to cheer for.

The Bad:  I’m not really sure how I feel about this film. It’s like we’re wandering aimlessly into a house of horrors. Kate Bosworth’s character keeps her serenity while becoming more insane. The end where they tie up the story by telling this man who he was and what he was doing before the accident felt too little too late. By then we feel sorry for the guy, even though he was doing something not necessarily immoral, but not really forgivable either. Everybody is safe and only some minor unfortunate characters get done in. The ending was confusing and unsatisfying.

This is not something I would choose if I were going through Netflix. I wouldn’t pay money in a theater to see this.  It’s certainly weird. If you like weird, then pick this one up at a Redbox. 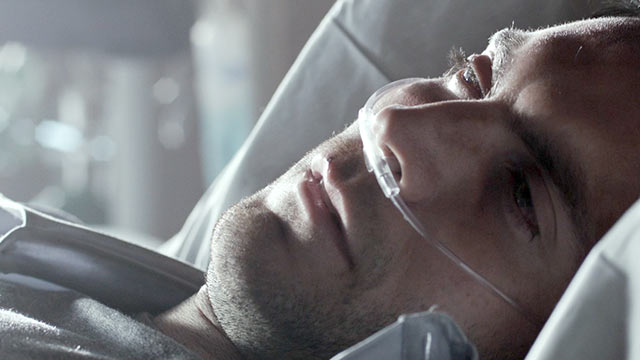