Aug 31, 2015 A NIGHTMARE ON ELM STREET, CURSED, MTV, MY SOUL TO TAKE, RED EYE, SCREAM, THE HILLS HAVE EYES, THE LAST HOUSE ON THE LEFT, WES CRAVEN

The entertainment world is suffering from another bad dream. Famed horror filmmaker Wes Craven, who garnered fame in part for writing and directing the hit 1984 movie ‘A Nightmare on Elm Street,’ which follows serial killer Freddy Krueger as he kills his teen victims in their dreams, has died at age 76. His family confirmed the news that he passed at his home in Los Angeles yesterday from brain cancer.

Craven came up with the idea for the successful ‘A Nightmare on Elm Street’ franchise after living next to a cemetery on the real Elm Street in a suburb of Cleveland, Ohio, where he was born. The filmmaker also maintained his prominence in recent years by helming all four movies in the popular ‘Scream’ series, which gave credence to the horror-comedy genre and launched another popular serial killer, Ghostface. The last installment in the franchise, 2011’s ‘Scream 4,’ was the final movie that Craven directed.

During the final decade of his life, Craven also directed the horror-comedy, ‘Cursed,’ and the crime thriller, ‘Red Eye,’ which were both released in 2005. His last non-‘Scream’ directorial effort was the 2010 supernatural horror film, ‘My Soul to Take,’ which he also wrote and executive produced.

Craven is survived by his wife Iya Labunka, whom he married in 2004. She once worked as Disney Studios’ vice president, and also works as a producer and production manager. Her film credits include ‘Heathers,’ ‘Stand and Deliver’ and ‘Scream 4.’ The filmmaker is also survived by his two children, Jonathan and Jessica, with whom he had with his first wife, Mimi Craven.

Craven’s family noted that he remained “engaged and working until the end” in their official statement about his death. While he was listed as an executive producer on MTV’s new television series that’s based on ‘Scream,’ he stated that he had little to do with the show. He also criticized the network for dropping the distinctive Ghostface killer mask he created for the film franchise.

The director’s family also said that instead of contributing to the ‘Scream’ television series recently, he instead remained a mentor to up-and-coming filmmakers. He also served as an executive producer on ‘The Girl in the Photographs,’ a horror film that’s set to screen on September 14 during the Toronto International Film Festival’s midnight section. The movie follows a celebrity photographer who helps investigate a series of gruesome murder images.

Craven earned a masters degree in philosophy and writing from Johns Hopkins University. He then launched his career as an English professor in upstate New York, before transitioning into moviemaking when a group of students asked him to be their faculty advisor on a student film. 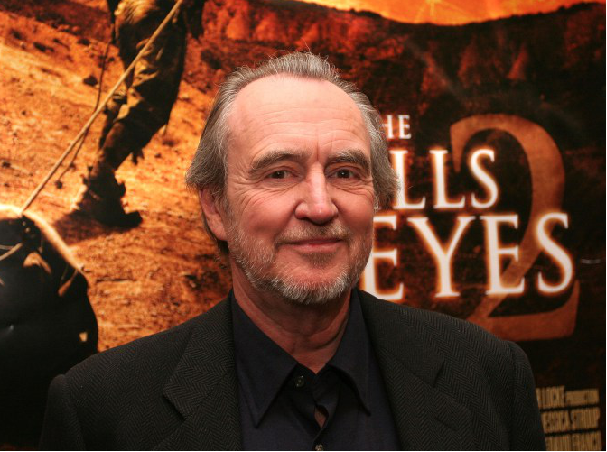