“Although hundreds of disturbing paranormal events occur every year, most of these chilling encounters go unreported – until now.”

I probably should have seen The Invoking 1, but since this is an anthology, it probably isn’t really necessary.

U-Turn – There’s a dude drinking Newcastle and driving a pickup truck. He sees a blonde standing on the side of the highway, soaking wet and holding a baby. He picks her up and she says nothing. He pulls up to what looks like an accident and sees a blonde woman laying in the ditch. He looks back at his passenger who has blood on her face and is pointing behind him.  That’s why we don’t pick up hitchhikers.

Insane – A realtor is showing a man around an abandoned hospital that he’s scouting for a film. She tells him the history of the place and unknowingly connects it with her own family. They then get attacked by a poltergeist. I get that he wanted to scout it at night because he was making a horror film, but dude, don’t you watch movies? This will not end well for you.

Alone – A disturbed woman stops taking her meds and is haunted by the presence of herself.  Yeah I thought it was weird too.

Do Not Disturb – Some dude is hiding out in a hotel and keeps getting calls and knocks at his door. A card slips under the door which tells him they’re a fan. He gets a gift of a severed head that doubles as a paranormal fax machine. How considerate.

Natal – These two couples go to the middle of the woods to this one girl’s family cabin – there’s your first mistake. She’s recovering from an overdose and this one skanky bitch won’t let her forget that.  The girl hears scratching at night. giving her visions of a fetus and dripping blood, which is slowly making her go insane. Trapped in a cabin by a lake with a crazy person. Gee, where do I sign up?

Melissa – A girl sees a hooded man holding a knife in her front yard and just stands at her window while on the phone with the cops.  Bitch, you dumb.

The Good:  Most of the plots of these vignettes are retold campfire tales and slumber party stories which are fun to see played out on screen.

The Bad: These are familiar stories, so the outcomes were predictable. The special effects on most of them were on the cheap side, with exception of one where a girl gets cut in half and the top part falls to the ground with entrails flailing…that actually was kind of awesome.  Alone felt too much like a college film project, and by that I mean pretentious and boring.

I would only recommend The Invoking 2 if you’re into low budget recycled story-line horror films. It might go over well if you’re hosting a Halloween slumber party. These stories will be new to you if you were born after 2000. 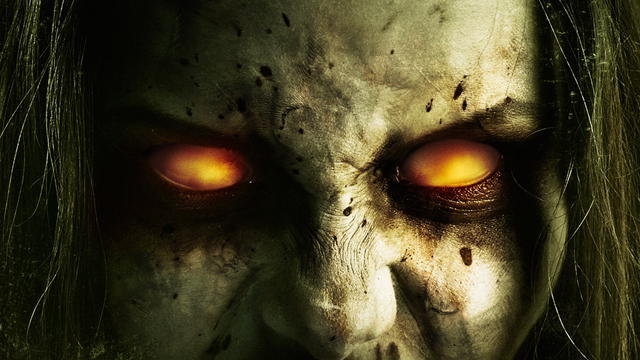