Based on the Manga by Santa Inoue, Tokyo Tribe takes place in an alternate/futuristic town in Japan, street gangs have a peace treaty that becomes disrupted when Merra, leader of the Wu-Ronz tribe of Bukuro attempts to kill Kai, member of the Musahino Saru; he kills Kai’s friend Tera by mistake. Tera is a beloved go-between of all the tribes, to which his death causes a war against Merra and the sadistic gangster Buppa.

The Good:  It’s kind of cool how they either choose to use English in their verse. What a cute dog…was that Doge? There’s a lot of sight gags that somewhat make up for the dialogue.  The plot felt like a cross between The Warriors and a mishmash of Shakespeare…but as a musical. There’s a sort of homage to the milk bar scene in A Clockwork Orange, but it was crazy and effed up that this dude kidnaps people and makes them become living furniture.  It’s so bizarre, but it’s sort of mesmerizing.

The Bad: Since you gotta read the subtitles, it takes away from the film.  Also some of the translation feels a bit off.  It felt very Manga/graphic novel-ly how the evil guys use violence towards women and they look like they’re getting off on it. It just felt very wrong watching women writhe in ecstasy as some dude is dragging a knife over her nipples.  There’s a scene where Merra (dude reminds me of Bieber) reveals that one of the reasons why he started the war was because he wanted to have the biggest dick. What the…what? That should’ve been omitted. I don’t care if it was or wasn’t in the Manga, that’s so effing dumb.

Tokyo Tribe might be a fun one to play on the TV during a party. The fight scenes are pretty comical and the music is catchy. 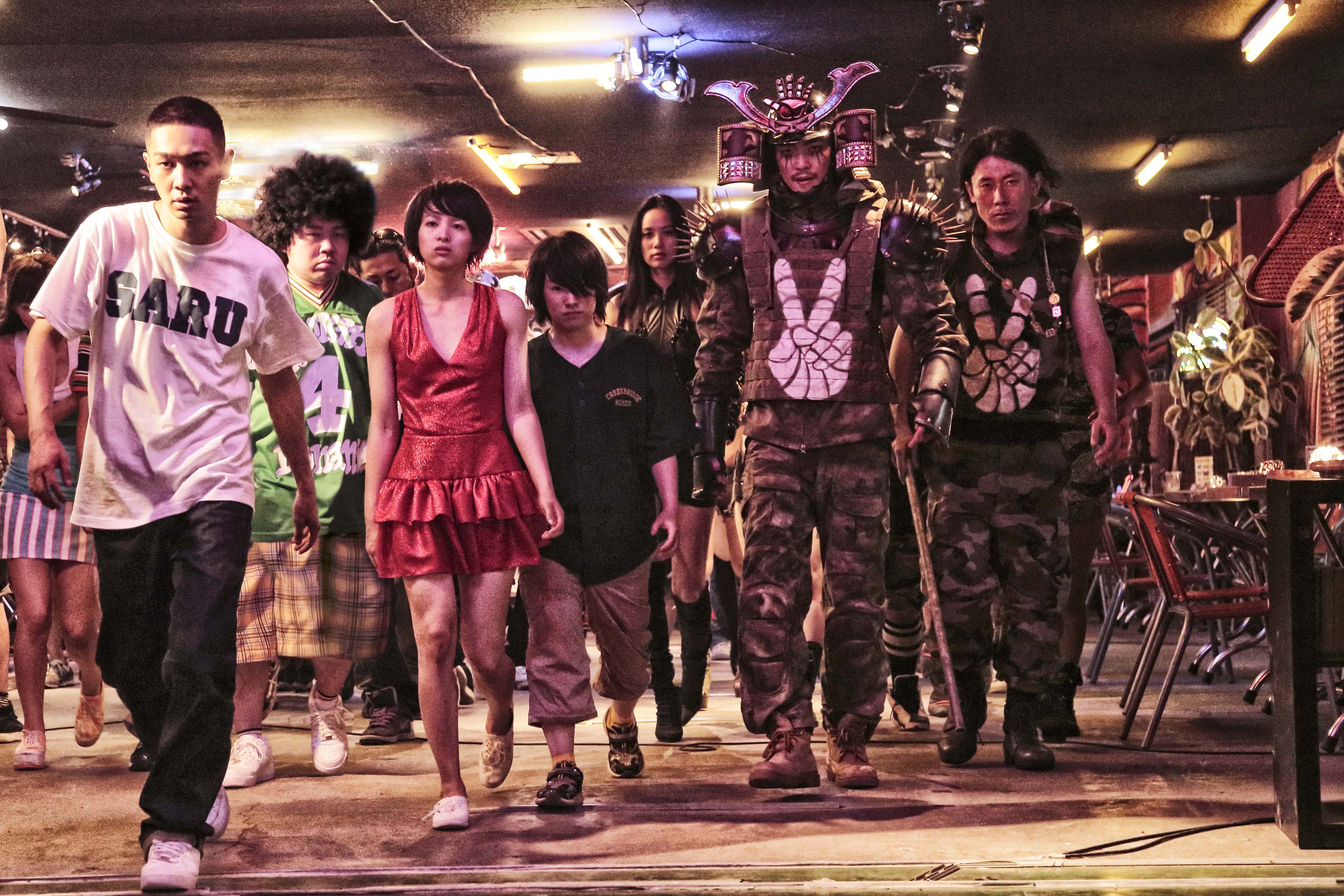