Louis (Josh Wiggins) is attending the funeral of his mother, who raised him alone.  He has grandparents in New Mexico, but getting there would take a long bus ride.  A stranger named John (Josh Duhamel, Transformers franchise) shows up at the church and sees young Louis waiting for his ride to the bus depot, and offers to take him there. Louis shows displeasure in taking the bus, so John offers to drive him all the way…but first he needs to pay off some debts, and forces Louis to go along with his string of robberies and car thefts.  After a while they team up with a mother (Lynn Collins, True Blood) and daughter (Emma Fuhrmann, Blended) and form a sort of temporary dysfunctional family before parting ways.  John grows to care for Louis and wants to get him away from the lifestyle he forced him into, and is determined to get him to his grandparents unscathed.

The Good:  The cinematography is great.  The ending was good, even though the journey to get there didn’t seem worth it.

The Bad: It was like a long unfunny ripoff of Paper Moon and A Perfect World without the tragic ending.  It just feels like a short story with a series of run-on sentences.  Hey Trey Nelson, didn’t anyone tell you that editing is your friend? The characters are poorly written; they’re just not interesting enough to care. It seemed like Nelson was in a rush to get everyone to the ending for the big reveal, which was kind of an “F-You” for the audience that had to sit through this monotony. Seriously, that’s it? We sat through this boring allegory to find out something most of us were suspecting anyway? It would’ve worked so much better as a short, which is what director Nelson is used to.

Lost in the Sun was tedious. I probably looked at my phone more than anything. 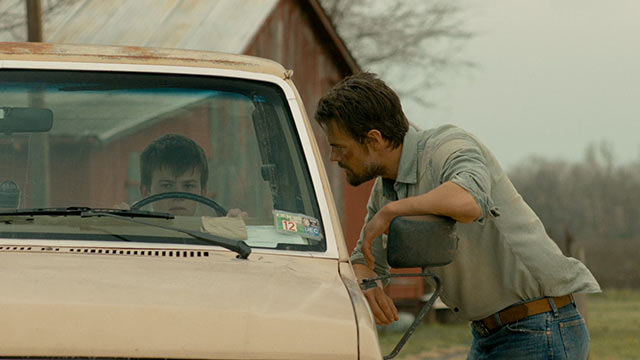