Emily (Anna Hutchison, Cabin in the Woods) and Leslie (Andrea Whitburn) go on a road trip to some party in the desert where there’s promise of “hot guys.” Leslie, the skankier friend is busy drinking and smoking weed, rather than doing her job as shotgun by navigating. They come to a fork in the road where the cliche paved road and scary dirt road are indicated. “Go left,” Leslie says. The more level headed, but still dumb Emily takes a while to decide and finally says “F— it,” and takes the scary path.  Soon an ominous diesel spewing black tow truck gets in front of them and is slowing them down until they get enough speed and room to pass. He waves at them to go around and almost kills them when another car in the opposing lane almost crashes into them.   However far ahead they pass this guy, he always seems to be able to catch up to them. Whenever they attempt to get help, he shows up and runs down their rescuers.  When the two girls get separated and Leslie goes missing, Emily must try to confront her pursuer and find out what happened to Leslie while managing to stay alive.

The Good: At the very end when Emily finally finds out what happened to Leslie, that was kind of tragic, but also too convenient because her phone wasn’t ringing until that very second?

The Bad: This is supposedly a remake of Steven Spielberg’s 1971 film Duel and even though Duel is pretty dated, it was still a more exciting film than this. Wrecked is 83 minutes long and maybe 60 is of these two girls driving. When they’re actually on screen, the dialogue is inane and trite. The truck on the poster is not the same truck the villain is driving; was their truck not scary enough? Why not show the pentagram and upside down cross in the windshield that they seemed to love to shoot so much in the film?  The two main characters are annoying and made so many cliche dumb decisions, that I was rooting for the truck driver to mow these chicks down. I don’t get why they just chose to keep going, even after the first couple times the truck driver shows up.  Eff that. Some supposedly gorgeous guy nicknamed “Dick” isn’t worth your life.  At the end some scantily clad girl pulls up in a car and says, “My car is broken.” Really? It seemed to work fine as she parked it. Then we see the tow-truck again in perfect condition. Were we to believe the truck driver used some devil-magic to bring the truck back? Derp. Dude couldn’t just be crazy, you had to write supernatural into it. Lame. The end was very last minute crap writing, when they could’ve just ended it with Emily driving away. If you’re trying to remake the original, go with the classic ending by watching it all burn. By the way, how’s she going to explain what’s in her trunk?

My advice is to pass on this remake, because the only things that makes it current are film quality and cell phones. Get nostalgic and go with the original. 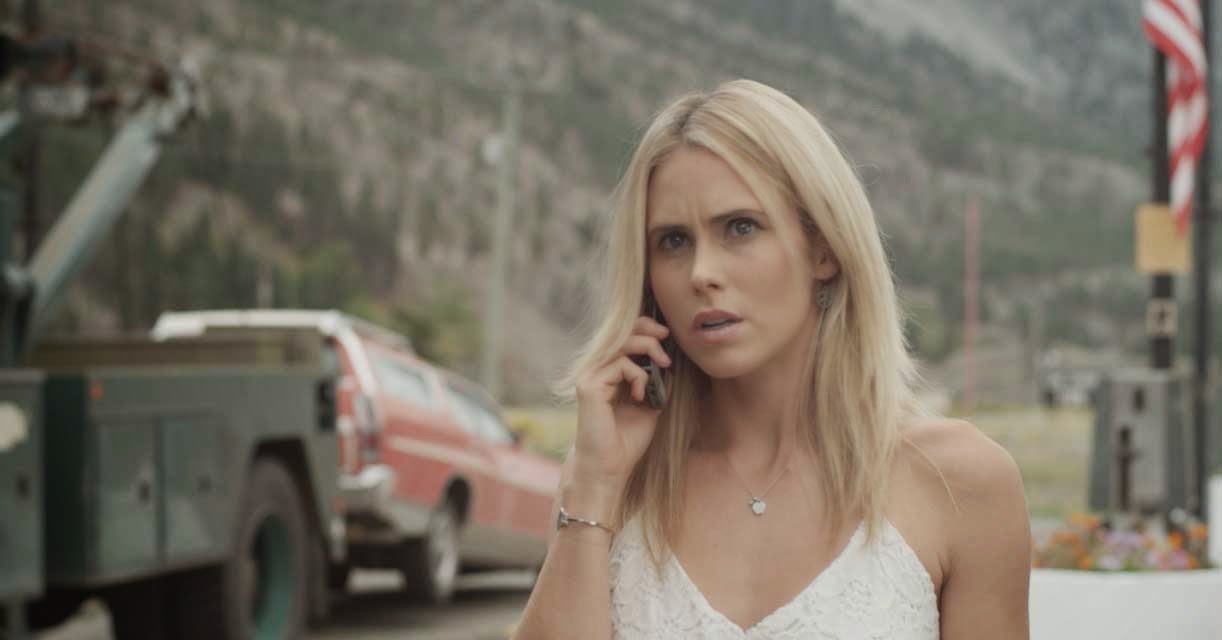