What provides the glue that enables two people of diverse personalities to maintain a long-term friendship?  Think, for example, of André Gregory and Wallace Shawn in Louis Malle’s movie “My Dinner with André, in which Gregory plays a man with rich, spiritual experiences to Wallace Shawn’s down-home humanism.  And now comes another great friendship.  Writer-director Paolo Sorrentino, whose 2013 film “The Great Beauty” introduced his audience to a man who at age 65 looks back from his years in nightclubs to find a landscape of absurd beauty, is up for showing us the association of two creative people who, in their older years, have different views on how to spend the rest of their lives.  Mick Boyle (Harvey Keitel), for example, wants to suck the juice out of life for years to come and is busy writing a script for his next movie with the help of four associates.  Fred Ballinger (Michael Caine), on the other hand, may look back on his long career as a famous orchestra conductor but at age eighty he’s tossing in the towel.  He is retired, meaning really retired.  He is not seduced by a representative of the Queen (Alex Macqueen) who delivers the message that Her Royal Highness wants to grant him a knighthood provided that he return to London and once again conduct his most famous piece, “A Simple Song.”  Both men are vacationing in a resort in the Swiss Alps in a movie emphasizing lofty visuals that will include Davos, Rome, Venice and London.  “Youth” is an ambitious piece, an expensive one with a large cast of characters, many so bizarre that they would find themselves at home in a movie by Federico Fellini.

Though the movie is entitled “Youth,” based on a statement near the conclusion by a doctor who finds Ballinger “healthy as a horse,” it will probably not depend on box office from the younger set.  Yet, while Sorrentino throws in predictable gags about the problems of old age—the non-responsive prostate and the diminishing power of memory—the film’s real theme is the human condition, particularly the importance of an emotional life over one that is profoundly intellectual.

“Youth” is a feast for the eye, with dialogue that will please the ear, and enough levity to take some weight from its lofty, philosophic conversation.

Amid frequent bantering and kidding around by the two older principals—comparing notes on women both had bedded–Sorrentino introduces us to other fascinating folks such as Jimmy Tree (Paul Dano), an American actor who at one point grooms and dresses himself like Adolf Hitler to the shocked looks of the guests; to a young masseuse (Luna Zimic Mijovic) who, when not massaging people decades older than she copies dance steps in her free time; to a morbidly obese man with a tattoo of Karl Marx on his back; and most of all to Ballinger’s neurotic daughter, Lena (Rachel Weisz), just dumped by her husband for a young women and who dresses down her dad for his total absorption in music, his many affairs including experimentation with homosexuality,  and his inability to give emotionally to his family.
In the movie’s most delightful scene Ballinger, though insisting that he is thoroughly retired and wants no more work with music takes a moment to conduct a group of local cows whose bells and moos create an original symphony.

“Youth” does not have a tight plot but moves in fits and starts, scene by scene.  Ballinger is delighted to hear a young prodigy playing his composition on the violin.  But the pièce de résistance is a visit to Mick by Brenda Morel (Jane Fonda), who had appeared in eleven of Mick’s films, and who delivers a piercing attack on the man for what she considers lousy films.  Though a surprised Mick insists that the ingrate’s career was made by him, she insists that her acting made the writer-director.  Her role in the interaction is likely the bitchiest one you’ll see this year.

Levity notwithstanding, “Youth” requires patience, which will, as it often is, rewarded, in this case by a picture that is rich in philosophy, music, and visual splendor. 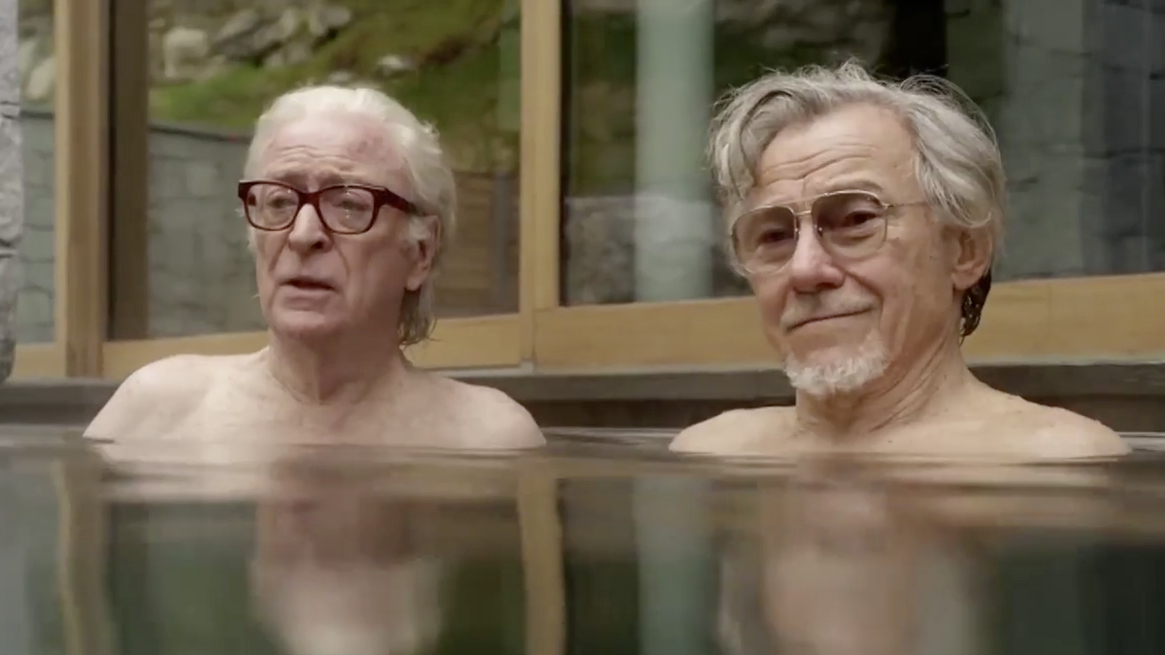