“Star Wars: The Force Awakens” isn’t the only thing being released today. Recording artist Chris Brown is releasing his new record “Royalty” on December 18th. To celebrate its release, he’s performing a few choice cuts from the new record for an iHeartRadio Album Release Party on FilmOn.com for FREE!! That’s right for FREE!!!!

Join host Angie Martinez, as she interviews Chris Brown about “Royalty,” which is named after his daughter and his 7th studio album. Royalty features 14 new songs, including singles like “Liquor,” “Zero,” and “Black To Sleep.”

Tune in on FilmOn.com on December 18th at 10PM local time. You can click the link here, or watch the embed below:

Buy the new record on iTunes on December 18th. 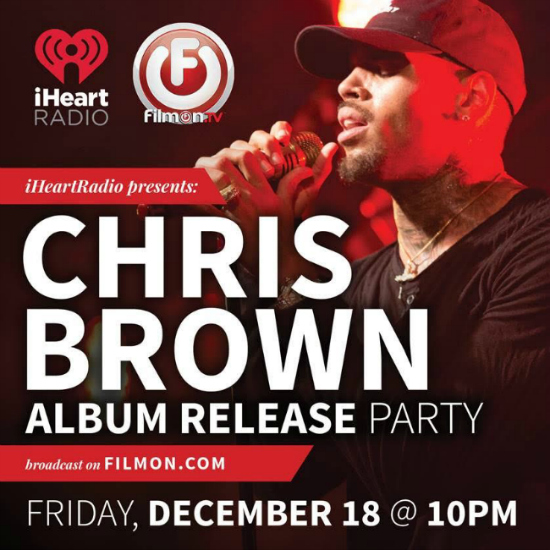