Horror fans can Enter the Suicide Forest in the heart of the Aokigahara in Japan with the new 360-degree video and audio experience. The 360 Immersive Experience has debuted in support of the upcoming release of the supernatural thriller, ‘The Forest.’ The experience uses real images taken at Aokigahara, the real life suicide forest located at the base of Mt. Fuji. It’s best viewed on it’s official website, in either mobile or virtual reality using Google Cardboard.

Gramercy Pictures is set to release ‘The Forest’ in theaters nationwide on January 8, 2016. The distributor has unveiled the following synopsis for the horror film:

Rising with terrifying grandeur at the base of Mt. Fuji in Japan, the legendary real-life Aokigahara Forest is the suspense-filled setting of the supernatural thriller. A young American woman, Sara (Natalie Dormer), journeys there in search of her twin sister, who has mysteriously disappeared. In the company of expatriate Aiden (Taylor Kinney), Sara enters the forest having been well warned to “stay on the path.” Determined to discover the truth about her sister’s fate, Sara will have to face the angry and tormented souls of the dead that prey on anyone who dares come near them. These malevolent spirits lying in wait for Sara at every turn will plunge her into a frightening darkness from which she must fight to save herself. 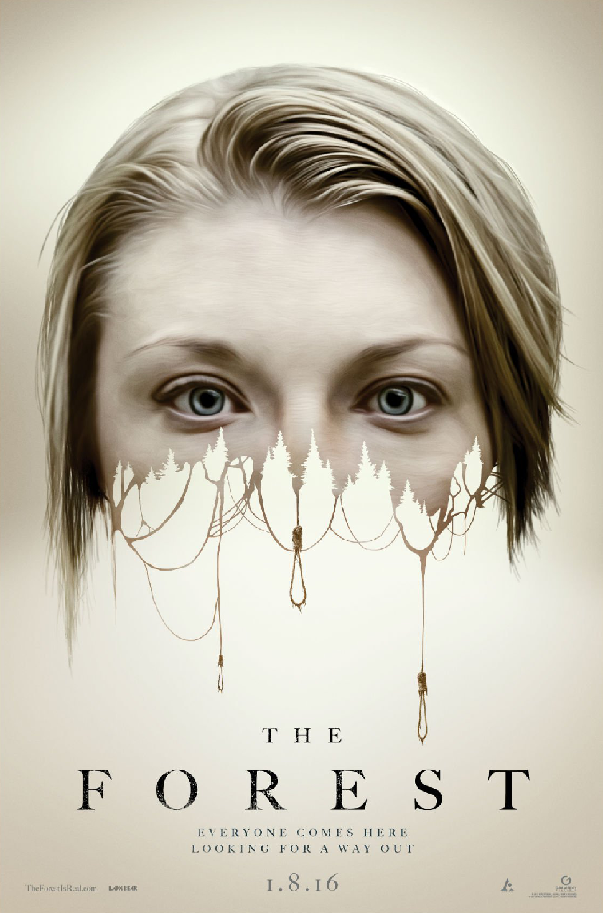