Providing innocent humor to people who you are beginning to care about during their menacing struggles can often times offer them a sense of hope that their lives will improve again. But when you’re inadvertently pulled into their ominous conflicts after you form a true bond with them, you harrowingly realize that there’s nothing remotely amusing about the terrifying situation. In order to survive, you have to courageously step into unfamiliar emotional and physical territory, and explore the natural human condition as you fight back, no matter what the potential personal consequences you’re forced to face. That brave approach to protecting yourself, as well as the people you have bonded with as you set out to help them, is intriguingly showcased through the gripping arc of James Ransone’s character in the horror sequel, ‘Sinister 2.’

The actor, who served as the alluring comedic relief and a supporting character to Ethan Hawke’s true crime writer, Ellison Oswalt, in the hit 2012 original film, ‘Sinister,’ reprised his role of Deputy So & So in last summer’s follow-up. During a recent exclusive phone interview, Ransone generously discussed the process of making the switch of showing the former lawman regularly defusing the tension of the first film with his humor in a minor role, to carrying the burden of combating the series’ devious supernatural deity, Bughuul, in the second film’s main role.

Like its predecessor, ‘Sinister 2’ was produced in part by Jason Blum and his company, Blumhouse Productions. The sequel is set to be released on Blu-ray & DVD on Tuesday by Universal Home Entertainment. ‘Citadel‘ helmer Ciarán Foy took over the series’ directorial duties from Scott Derrickson, who also co-penned both ‘Sinister’ installments with C. Robert Cargill.

‘Sinister 2’ follows nine-year-old twins Dylan and Zach Collins (portrayed by real-life brothers Robert and Dartanian Sloan), who have been taken to a rural house in Illinois by their mother, Courtney (Shannyn Sossamon), in an effort to start their lives over. Their new home and property are just isolated enough to evade Courtney’s estranged husband, Clint (Lea Coco), who emotionally and physically abused her and Dylan. While the protective mother believes her decision to flee her husband will protect her and their sons, she’s unaware that the house she as chosen to move into has been targeted by Bughuul (Nicholas King).

Ex-Deputy So & So, who has been fired from his position in the Pennsylvania police department he served on in ‘Sinister,’ is now working a private investigator. In an attempt to avenge the murders of his friend Ellison Oswalt (Ethan Hawke) and his family in the original film, So & So is diligently working to find a way to finally stop Bughuul once and for all.

In his research, the former deputy has discovered that the house Courtney has moved her children into is the next manifestation spot for the pagan Babylonian deity. So he travels to the rural residence, and intends to burn it to the ground, in an attempt end Bughuul’s chain of death. Once he arrives, So & So is not only surprised to find Courtney and the twins living there, but that they’re also in danger from Clint. The former police officer must step in to protect them from Courtney’s estranged husband before he can implement a plan of attack against Bughuul. However, neither Courtney nor So & So are aware that Bughuul’s ghost kids have already begun targeting Dylan with their disturbing home movies, with each one showing a more sinister murder than the last, which makes the former deputy’s mission even more difficult than he could have ever imagined.

Ransone began the conversation by explaining that he was interested and excited to expand his minor role from the first film to the main male in the follow-up, in part because he cherishes the opportunities to play the lead characters in movies. “It was cool that they took this minor character from the first film and make him the lead in the sequel. I was just really flattered by it,” the actor admitted.

In the original ‘Sinister,’ Deputy So & So is fascinated that Hawke’s character, Ellison, who’s a best-selling author, is writing a book about some of Bughuul’s victims, and offers to help, as he’s star-struck. But in the follow-up, Ransone’s character is determined to finally stop the supernatural deity, in part to seek vengeance for the scribe, who he viewed as a friend.

When asked about the process of switching the ex-deputy’s motivations between the two movies, the actor divulged that “I didn’t spend a lot of time developing that (change in his mindset). But I spent time watching some old Charlie Chaplin movies,” which informed the physical and emotional transformation in the former lawman.

Deputy So & So was mainly driven by his humor in ‘Sinister,’ but appears more serious in his continued attempt to stop Bughuul in the follow-up. Ransone divulged that it was scary at times to go from being the comedic relief in the original film to showing his character’s more serious side in ‘Sinister 2.’ The actor laughed as he revealed that he “was a little nervous (to make that change), but I think it worked out well.”

Ransone then discussed his experience of collaborating with Derrickson on both entries in the franchise. “It was really great. We didn’t have a ton of interaction, in terms of character development, because he wrote both films, and was the boss. So I felt like I should do what he wanted me to do,” the actor explained.

With Foy taking over the directorial duties from Derrickson for ‘Sinister 2,’ Ransone described his experience of collaborating with the series’ new helmer as great. “Ciarán’s a really funny, working-class Irish guy. We share a similiar sense of humor,” the actor revealed, before also describing the director as a “skilled filmmaker.” Ransone added that it was easy to support Foy’s directorial vision on the sequel, due to his talent.

After expressing his appreciation for Foy and Derrickson’s directorial efforts, the actor also pondered whether he would want to also try helming a movie. He pointed out that many actors say they want to try directing, but many performers don’t realize how much work and effort goes into being a filmmaker. After attending film school, the performer admitted that he “realized that I would rather produce than direct something, because directing is a lot of responsibility.”

Principal photography on ‘Sinister 2’ differed from its predecessor, as it took place in multiple locations in and around the Chicago area. The original film, however, was solely set in the Oswalt family’s new Pennsylvania home. Ransone divulged that traveling and filming on location, like for the sequel, is one of his favorite aspects of his job. He laughed as he compared shooting on location to “being in the circus; I get to run all over the planet to the weirdest spots, and meet people I would have never have had the chance to meet otherwise.”

While Ransone mainly worked with Hawke in the first ‘Sinister,’ the former deputy had more interactions with other characters in the sequel, notably Sossamon. Explaining what his working relationship with the follow-up’s lead actress was like as they was shooting in Illinois, the actor revealed that “We knew each other before we began filming, but not really that well. We had been in other projects together. So it was easy, and a lot of fun,” to reunite fr ‘Sinister 2.’

In the supernatural thriller sequel, the ex-deputy appears to still harbor some guilt for not being able to save Ellison and his family in the original film. Ransone admitted that he feels that was part of the reason why So & So is so determined to protect Courtney and her sons. “I can identify with that more than being haunted by a demon,” the actor said. He laughed as he continued his explanation, saying “I’ve never been haunted by a demon before. But I have totally experienced grief. Anytime you’re working on a genre movie, you can elevate it a little bit by grounding it in reality. I’m really happy to have been a part of that” on ‘Sinister 2.’

While the follow-up ends in an open-ended way that leaves open the possibility of bringing Ex-Deputy So & So and Courtney back for another entry in the series, Ransone admitted that he would be “the last person to know” if his character would return for a potential ‘Sinister 3.’ “But I would be flattered if they did ask me back, Ransone admitted.

It seems likely that Ransone would reprise his role of the former deputy again if a second sequel in the supernatural franchise is made, as his character has not only become an integral part of the storyline, but Derrickson also admires his acting abilities. The filmmaker revealed that part of the reason why he cast Ransone as Deputy So & So in ‘Sinister’ was because of his acting on the acclaimed HBO crime drama series, ‘The Wire,’ early in his career.

Besides the popular HBO drama series, the actor has also appeared on such shows as ‘Treme’ and ‘How to Make It in America.’ Ransone continues to maintain his presence on television, and revealed that he filmed three television series in a row this fall.

The actor also noted that he doesn’t have a preference of acting in one medium over the other. “I don’t really see the difference anymore, and I don’t think one’s greater than the other. If there’s a great story to be told, I don’t care what the medium is.” Ransone added that “I’m just interested in working with people who are interesting and want to work with me. I’m lucky that I’m able to work on both television and on films.”

In addition to ‘Sinister 2’s home release and his three upcoming television series, Ransone can also be seen in ‘In a Valley of Violence,’ a Western film that was written an directed by Ti West. But the actor doesn’t have any objections to taking on another horror film role, if that’s the genre his fans and filmmakers want to see him act in again. 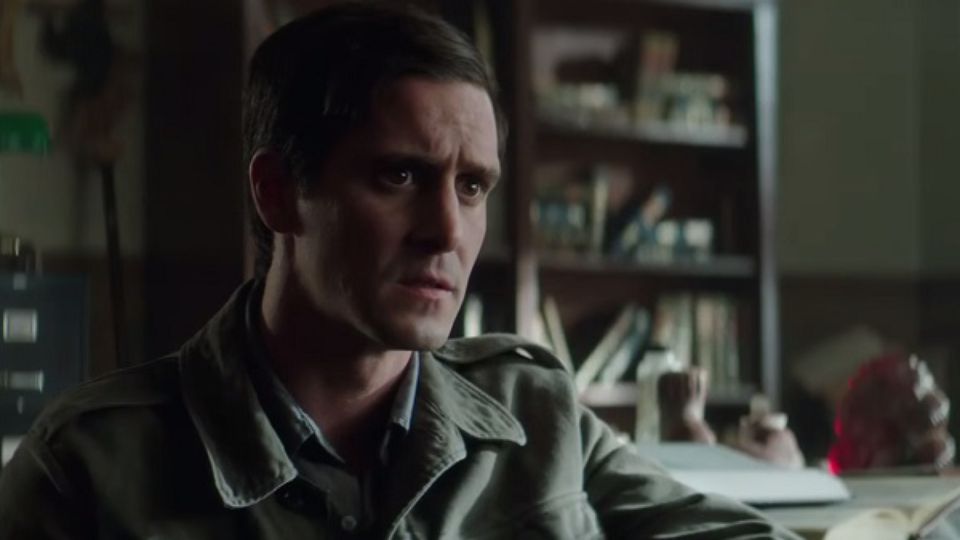