Confidently declaring your devoted admiration for the most important people and things in your life through comedy is one of the most powerful and endearing forms of flattery. Celebrated actor and comedian Marlon Wayans is once again showing his appreciation for pop culture in his upcoming comedy, ‘Fifty Shades of Black,’ his latest film in his signature genre that he passionately refers to as comedic remixes. The writer and producer is also embracing the fact that hip-hop and R&B soundtracks have been dominating the music charts to help support his love of parodying modern society.

‘Fifty Shades of Black’ parodies the book and film adaptation of last year’s box office hit romantic drama, ‘Fifty Shades of Grey.’ Wayans, who co-wrote the script for the new comedy with Rick Alvarez, stars in the film’s title role of Mr. Black. The actor previously collaborated with the scribe, who also served as a producer on the comedy, on the 2013 parody, ‘A Haunted House,’ and it’s 2014 sequel. Michael Tiddes, who directed ‘Fifty Shades of Black,’ also previously collaborated with Wayans and Alvarez on the ‘A Haunted House’ films. Besides Wayans, the trio’s upcoming comedy also stars Kali Hawk, Mike Epps, Andrew Bachelor, Affion Crockett, Jane Seymour, Fred Willard and Florence Henderson.

Wayans generously took the time recently to talk about co-writing, producing and starring in ‘Fifty Shades of Black,’ as well as collaborating on its soundtrack, during an exclusive phone interview. Among other things, the scribe, producer and actor discussed how he appreciated how IM Global Music gathered a variety of great songs from distinct musicians that would fit with the film’s tone and comedy, which allowed the album to feature an alluring diversity. Wayans also explained how he shares a mutual and honest respect for Alvarez and Tiddes, which allows them to create impressive parodies that are supported by intriguing music and soundtracks.

ShockYa (SY): The soundtrack for your new comedy, ‘Fifty Shades of Black,’ features a variety of today’s most popular hip-hop and R&B artists, including Skrilla Jones, Mr Chris Classic, Love Kelli, Leo Soul and Jordyn Kane. How were the songs and artists chosen?

Marlon Wayans (MW): Well, (IM Global Music) presented us with a lot of good music. We got to choose from the different artists they put before us, so we picked what worked for the movie. There were also some things that they went back and reworked especially for the movie, which was great. I think that we have a great soundtrack, because you need to have diversity, and this record has it.

SY: The comedy’s soundtrack (was) released by IM Global Music, which focuses on acquiring soundtracks and developing music driven film and television content. Since you’re one of the producers on ‘Fifty Shades of Black,’ what was the process of working with IM Global Music to create the soundtrack?

MW: Well, every time we make these types of comedic movies, we involve our partner, IM Global, on the filmmaking process. We talk about things like who we’re going to cast in the film and feature on the soundtrack. They let us do what we do creatively, and they just co-sign. If they have a disagreement, they’ll voice it, and we’ll embrace their concerns. Sometimes we’ll make changes, and sometimes we’ll instead go with our instincts.

MW: What’s funny is that initially, we thought about doing a whole parody soundtrack, and that’s what I wanted to do. But then I thought about it, and realized it would play counter-productive to the movie. The soundtrack is meant to set this serious tone, so it should be taken seriously. We can then hit you with jokes from other angles. I think if everything was just funny, it would wash away any groundedness, and ultimately hurt the jokes.

SY: ‘Fifty Shades of Black’ was directed by Michael Tiddes, who you previously worked with on the ‘A Haunted House’ series. What is your collaboration process like with him on these parody films, particularly on picking the songs for the soundtracks and the movies’ scores?

MW: Well, Mike is our guy; this is the third movie that Mike, Rick and I have made together. We really enjoy the process of working together. We gave Mike the shot of being a director not just because he’s a friend, but also because we felt like he really has the chops to deliver. He’s an integral part of the process, and is the third partner in our films.

We have a mutual, honest and earnest respect for each other, and we have fun making these movies. We have a brotherhood, and trust each other’s instincts. The more we work together, the more trust we develop in each other. I love Mike, and know his versatility. I think people will be very impressed when they see what he did with this movie. I think they’ll be impressed with how the movie looks and the camera moves, but still be able to tell the jokes. This project is definitely a graduation and step up from what we did with the ‘Haunted House’ films.

SY: You co-wrote the comedy’s script with your ‘A Haunted House’ co-scribe, Rick Alvarez, like you just mentioned. As you were writing the script, did you both envision the songs you wanted to include on the soundtrack and in the film’s score?

MW: I think we took into account what was going on in the movie, in terms of the audio. We really focused on the script first; the movie is really the gift, and everything else is the wrapping paper. Everything else, like the soundtrack, has to fit the shape of what the movie is.

SY: Besides co-penning the script for ‘Fifty Shades of Black,’ you also play the title character of Christian Black in the film. Why were you interested in also portraying Christian in the comedy?

MW: For me, that was different, because I’m used to being really broad because of the situation. With this movie, I still had a chance to be broad, but I was much more grounded. Since I was playing a romantic lead, I had to do things from a much more grounded perspective. That groundedness lead to the physical comedy. Playing a romantic lead was different for me, because women love a guy who has a serious tone, but they also love a guy who can make them laugh. They don’t want someone to just be silly all of the time.

Also, at the end of the day, you get the final cut as the producer. But I share the final cut with my guys, so we’re all on the same page with the movie. You want six eyes to work as two, and have that vision be a cohesive one. When it also comes to the soundtrack, we sit there and pick the musical collection together. We go, “This feels right and this feels wrong.”

Producing is a process, but you get to have control over that process. That’s why I love being a producer; at the end of the day, you have control over the final cut and what jokes, songs and scenes stay in and leave. That’s important in the overall scope of putting together a movie and its tone, and creating your brand. As a producer, you want people to know your brand, so that they know what to expect.

SY: ‘Fifty Shades of Black’ has a diverse comedic cast, including Kali Hawk, Mike Epps, Jane Seymour, Fred Willard and Florence Henderson. What was your approach to working with your co-stars on the film? Did you encourage them to improv while you were filming?

MW: I always let my actors become writers, because I trust their comedic instincts. So I always let, and encourage, people to improvise. I also encourage people who aren’t comfortable improvising to try it and have fun. If they can beat the joke that’s on the page, go for it. I don’t say, “No, you have to say the words like this.”

I always hire really strong comedic actors, like Mike Epps and Affion Crockett. If you get those guys on set, you always encourage them to improvise, because they can make whatever you have better.

MW: Well, sometimes people just want to set a tone and vibe with just the sound. The sound is very important when you want to set the mood. The beauty of the music for this movie is that it sets a great tone. It’s enjoyable to just listen to the instruments; you don’t always need words.

SY: IM Global also produced and financed the film. Since this is the third time that you worked with IM Global, what was your collaboration process like with the company while producing the film and making the soundtrack?

MW: Well, this is the third time that we worked together, and with every time we collaborate, we get better. In terms of our process, I think what IM Global likes about Rick, Mike and I is that when they give us the money to finance our movie, they don’t have to worry about us. We come in pretty much on budget.

They also know that we understand comedy. They’ll say, “I don’t like this scene; I think you should cut it.” But once we show them the scene once we film it, they’ll go, “I was completely wrong; that was the funniest scene in the movie.” So I think they trust us comedically, and you need to have that trust when you’re making a movie, especially between the financiers and the producers, and I think we have that. They let us do what we need to do, and don’t impede on our process.

SY: Before ‘Fifty Shades of Black,’ you have some of your biggest successes with the ‘A Haunted House’ and ‘Scary Movie’ franchises. Are you interested in continuing with parody films in the future, or would you like to expand into broader comedy and other genres as an actor?

MW: I do enjoy making parodies. It’s one of my favorite genres to tackle, because I think it’s one of the hardest ones to do. People always ask me how hard it is to put together a parody, including putting together all of these jokes and creating all of these characters who take you to these wild and fun places. When you do it right, people laugh really hard. I think the best parodies don’t have to try to be funny; they just are.

I really respect the parody genre. Although lately, it has gotten a bad name, because I think people have put some bad parodies out. But for me, I just love the genre, and want to continue to make them. I don’t think the genre is ever going to be as respected as it should, but I love the challenge.

But making parodies isn’t all that I want to do. I want to do all genres; I want to make romantic comedies, regular comedies, a fun family film, a buddy action comedy and even a serious drama. I think that’s what I’m going to make some regular comedies for my next couple of movies. I’d like step away from parodies for awhile, and then come back to the genre when I’m inspired. 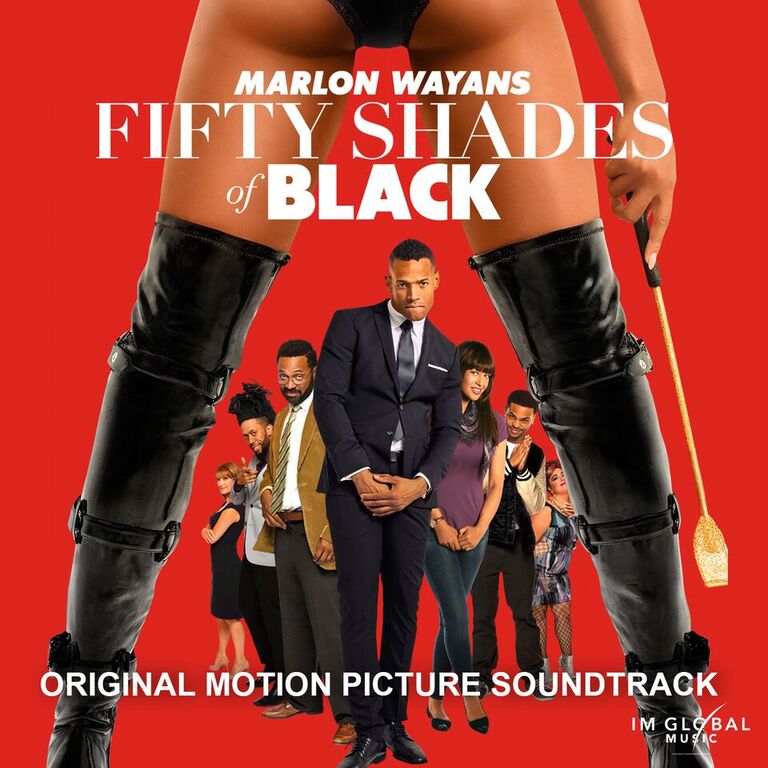