If you have ever been a New York City teacher in the public school system, you will be familiar with the now defunct rubber room.  This was a place that functioned as a halfway house, as it were, for tenured teachers who had been brought up on charges by their principals.  They were required to punch in and punch out at the end of each normal school day.  They reported there every day where they played cards, read the paper, sent text messages, and filled up the time while getting full pay from the NYC Department of Education. Because of their tenured status, they could not be fired summarily.  They were scheduled to receive due process hearings, but those hearings were taking an average of three years to complete.  Now the rubber room is gone, thanks to a much speeded up process in which these educators will be either returned to the classroom or officially canned.  This, by way of introducing “The Club,” Chile’s submission to the Academy for movies that opened in 2015, a nominee for best foreign feature as well, from the Golden Globes.  Like the teachers in the rubber room who, in themselves, could be the stuff of dark comedy, “The Club” is patronized by a small group of members of the clergy who have been accused of crimes, the principal one presumably being having sex with children.  Other accusations include black marketeering of children, physical abuse of young people, and heaven knows what else.  Instead of landing them in jail, these high crimes and misdemeanors are covered up by the Church, which at least pull the accused from their regular assignments and put them in houses removed from their previous stations.

The actual club consists of a group of priests and one nun who are sharing a house in a godforsaken section of Chile called La Boca.  The men here are elderly, some denying the activities that sent them away while one fellow convinces us that he is literally not aware of why he was sent.  What goes on within the walls would hardly be the stuff of drama, much less darkly humorous banter, had not the Vatican sent a psychologist-investigator whose job is to snoop around, interview the residents, and recommend whether the house should continue to be Church-supported or closed down.

What emerges is a deeply satisfying picture of men in various stages of acceptance, a bleak image made even drearier by cinematographer Sergio Armstrong washed-out lensing of blues retained until a clearing up toward the end with the rising of the sun on a new day.  Those who know director Pablo Larraín have expected a tale of this nature from a man whose “Neruda” traces the plight of Chile’s most famous poet who had become a fugitive in his own country simply for joining the communist party; and from “No,” about the opposition to dictator Augusto Pinochet resulting in a referendum that could lead to the ouster of a man accustomed to commit crimes including murder to silence his enemies.

In the titled club, Mother Mónica (Antonia Zegers) watches over the men and takes part in the training of Roya, a greyhound, who is regularly entered in races that serve as the town’s only sporting pastime.  When the priests are not busy training Roya, they follow a schedule that looks more like penance than anything else, one involving prayer, singing, and avoidance of contact with the outside world.  Their insularity is shattered by the arrival of a new member, Father Lazcano (José Soza), who is soon confronted by an outsider named Sandokan (Robert Farías).  Looking like someone who in New York would be considered a homeless schizophrenic, Sandokan regularly shouts accusations at the new arrival, fleshing out sexual misbehavior by the priest so convincingly that we are sure of its veracity.  To top off the new threats to the club, Father García (Marcelo Alonso) arrives to determine whether to close the house and, at the very least, to make the inhabitants aware of their crimes. Only Father Ramírez (Alejandro Sieveking) has genuinely forgotten why he is a member of this club.

As Father continues his interviews with the residents, we in the audience are exposed to a variety of emotions as would patients of successful psychotherapy firmly confronted with The Truth.  Near the conclusion are images of unrelenting violence followed by a decision from the Vatican’s representative that seems to come out of nowhere and yet is indicative of the Church cover-ups that have come to light and which have been examined by an excellent film “Spotlight,” which, when compared to “The Club,” comes off almost as a staid documentary.  Followers of the Catholic Church need not be intimidated or insulted by the contents of this bold, solidly written and brutally graphic story since we all know that the vast majority of robed officials are hard-working people, ethically upholding the functions of their careers.  Nonetheless it should pain us that high officials would cover up the crimes of this small minority of priests who deserve to be incarcerated rather than protected inside this remote Chilean home. 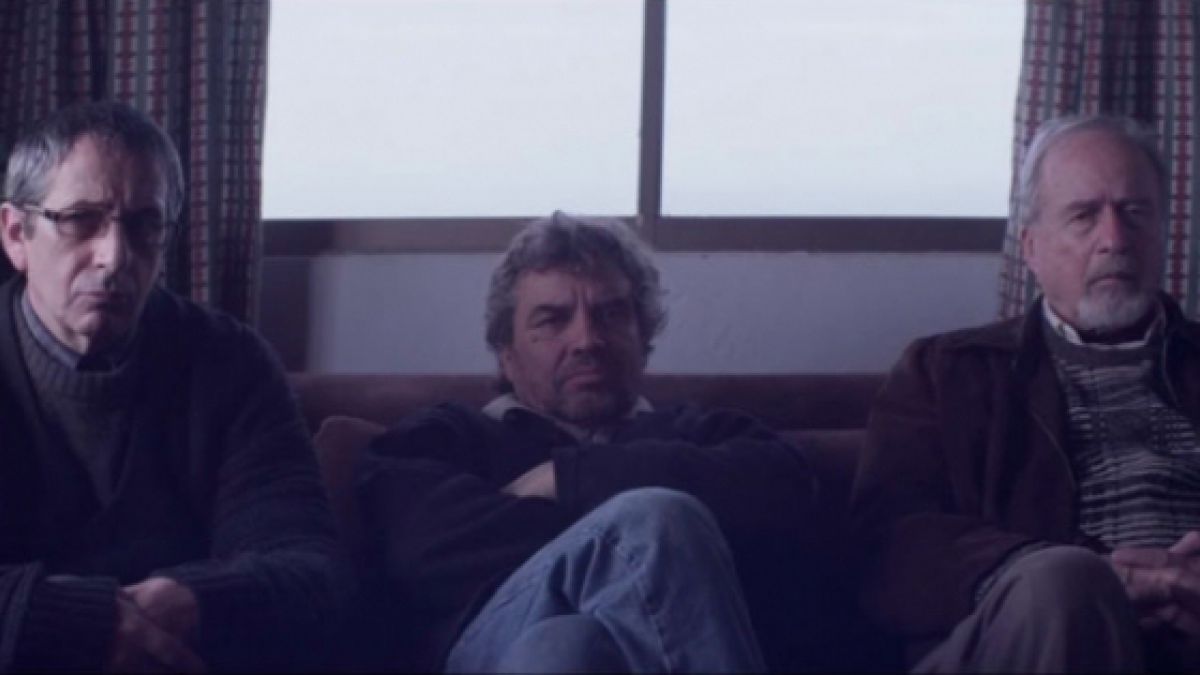