Chris Bell, whose previous documentary “Bigger Stronger Faster” dealt with steroid abuse, takes on Big Phama, a conglomerate of companies that make prescription drugs and whose executives could well be in that frequently maligned richest one percent of the U.S.  Mr. Bell is no Michael Moore, though in his possible addiction to food (he is overweight as is his dad), resembles my favorite documentarian only in his, shall we say, informal appearance.  Baseball hat backwards and comfortable throughout the presentation in a pair of shorts, he takes his camera to his own family, one which has its share of tragedy.  Unlike Michael Moore, “Prescription Thugs” makes little use of graphics and simply lacks the loopy humor of movies like Moore’s “Sicko” and Morgan Spurlock’s 2004 film “Super Size Me.”

The Bell family had been thriving on sports, though wholesome would not ordinarily be ascribed to such fakery as we find in professional wrestling.  Despite some of the ersatz blows that exhibitionists in the wrestling ring use, the hard-hitting sport did result in pain to the Bell trio leading them to turn to prescription drugs.  Why so?  Perhaps the answer lies in the fact that only the U.S and New Zealand allow commercials for prescription drugs—though many of the TV spots would make you think twice before taking a pill that could lead to impotence, obesity, pruritis and death.  As Bell begins his muckraking with the fact that America has only five percent of the world’s population yet consume seventy-five percent of Rx’s, he segues into commentary by the likes of fellow wrestler Ryan Sakoda and especially to the confession by Matt “Horshu” Wiese that he had incredibly been using ninety pills daily.

While labels tell us not to share our prescriptions, in one of who-knows-how-many cases, a Minnesota woman found herself stealing some of her daughter’s Adderall capsules, a drug that has become one of the most popular fixes for  ADHD or Attention Deficit Hyperactivity Disorder, whose side effects appear on the Internet including bladder pain, painful urination, and some eight other baddies that make you wonder whether doctors, many of whom make too liberal use of their pads, tell their patients about the negatives.

Speaking of baddies, Bell shares no political camaraderie with former President Ronald Reagan, whose deregulation of just about everything in the corporate world made his wife’s famous quote “Just say no” almost impossible to win adherents.  The American people, and not just those who resist buying the Brooklyn Bridge, have been TV-brainwashed to think that pills or every sort could cure pain and make their love lives ecstatic and give them all sorts of pleasant feelings, and why not?  Haven’t the commercials told us that there is no such thing as sadness in America?  Yet we come away from the TV with the feeling that we’re sometimes sad, and that when we feel sad we should pop pills and smile like all other Americans.

Bell is no pal of doctors and the FDA.  The Federal Drug Administration, which I had previously considered a huge stumbling block for approval of new drugs, clears any product that has achieved two successful tests.  Never mind that oxycodone is meant for overwhelming pain: people had been crushing the tablet and snorting the drug for a quick high to such an extent that when the government banned oxy pills that could be crushed, income from the drug plummeted eighty percent.

It’s sometimes difficult to avoid being distracted from Bell’s speech as it is littered with “you know” as though he’s trying to compete with some of Caroline Kennedy’s speeches.  Is there a drug that could restrain this awful speech throat-clearer?

While Chris Bell’s heart is in the right place, the doc could have been better, I think, if it did not spend so much time on his own family but instead dealt with a less anecdotal coverage of the problem of legalized addiction, had a lot more graphics, and injected humor in the right places. 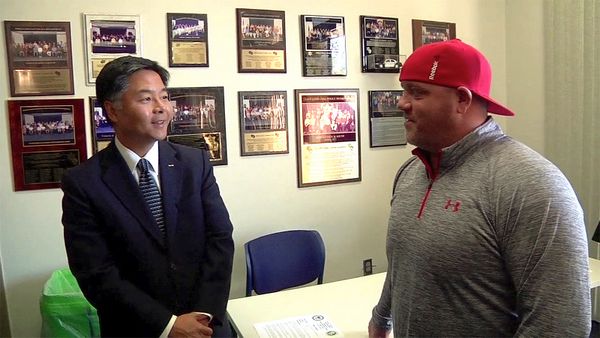