Americans will always honor the brave soldiers who fought to establish their freedom as their liberated country was becoming to form. But not everyone knows the true struggles and conflicts those troops regularly faced on the battlefield. So in support of those late veterans, viewers can witness the true story of the turncoats of the American Revolution who helped form modern spycraft during the creation of the United States with the upcoming home release of the second season of ‘TURN: Washington’s Spies.’ The sophomore season of the AMC series, which is based on Alexander Rose’s 2007 book, ‘Washington’s Spies: The Story of America’s First Spy Ring,’ is set to be released on DVD next Tuesday, March 22.

In celebration of the war drama’s home release, Shockya is offering two lucky winners a ‘TURN: Washington’s Spies — The Complete Second Season’ DVD. To enter, email us at ShockyaGiveaway@aol.com. Let us know that you’re entering to win the ‘TURN: Washington’s Spies — The Complete Second Season’ DVD contest in the email’s subject line and message. You have until the DVD’s release date next Tuesday to enter, and you can enter the contest once daily. After March 22, we’ll pick the two winners at random and notify them through email. Good luck!

The series’ DVD release is also filled with insightful bonus features about the making of the stylish cloak-and-dagger series. The discs include such featurettes as ‘Inside TURN: Washington’s Spies,’ ‘A Treacherous Trio’ and ‘Washington & Billy Lee,’ as well as deleted and extended scenes. The DVD distribution of ‘TURN: Washington’s Spies — The Complete Second Season’ is helping to support the upcoming third season, which will premiere on AMC in Spring 2016. 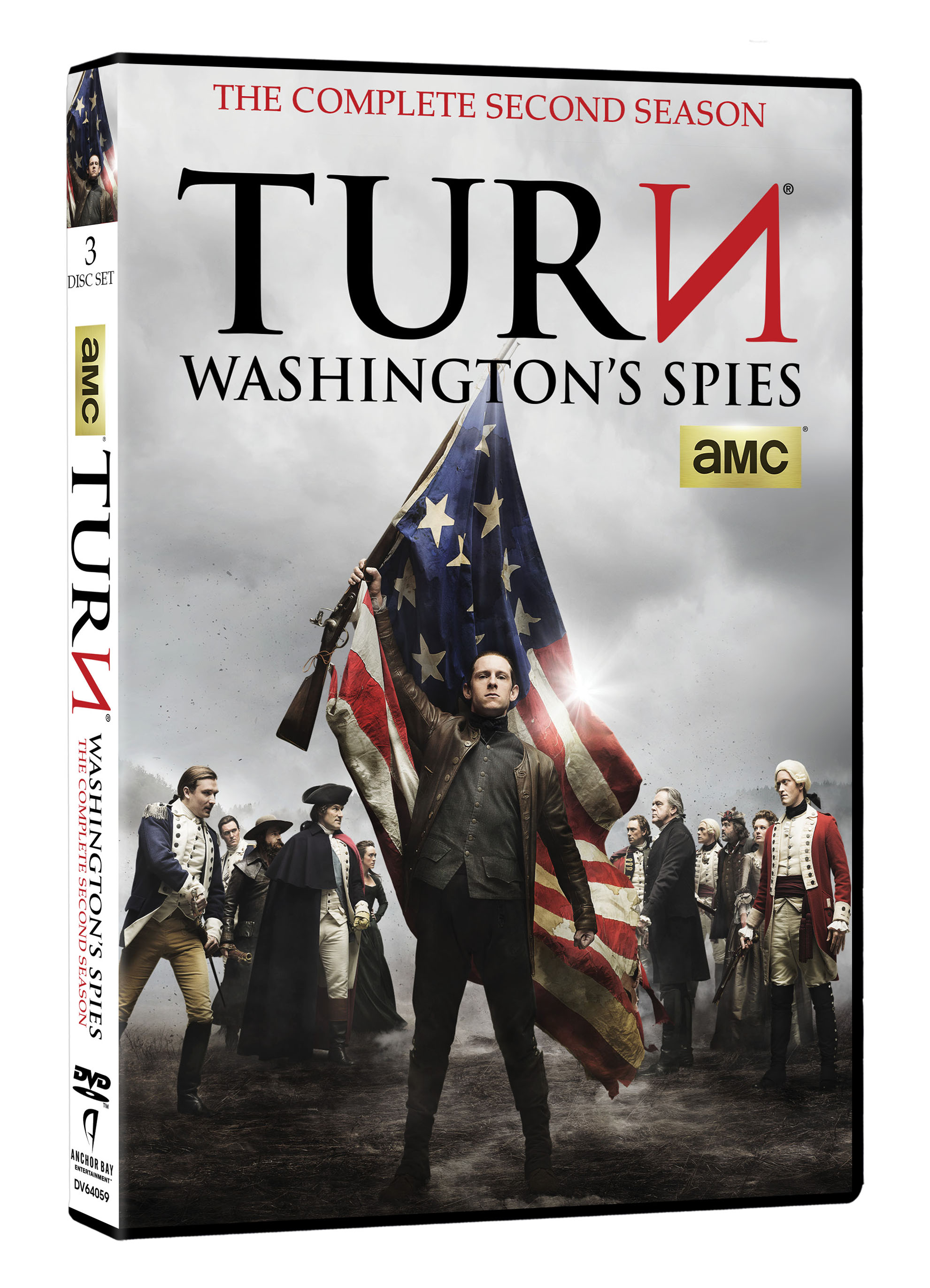