Viewers can refamiliarize themselves with ‘The Spoils Before Dying’ when Anchor Bay releases the IFC comedy mini-series on June 7 on DVD. The home release was announced after Season 2 of the ‘Spoils’ franchise premiered on the cable television network on July 8, 2015.

‘The Spoils Before Dying’ includes six half-hour episodes, and is the second book based on fictional famous author Eric Jonrosh’s first best-selling epic novel, ‘The Spoils of Babylon.’ The mini-series features an all-star cast, including Michael Kenneth Williams, Maya Rudolph, Kristen Wiig and Haley Joel Osment. The second season was produced by Funny Or Die, and Will Ferrell, Adam McKay, Nate Young, Andrew Steele and Matt Piedmont served as executive producers. The show was created and written by Steele and Piedmont, the latter of whom also directed the six episodes.

Anchor Bay has released the following synopsis for ‘The Spoils Before Dying’:

The series centers on Michael Kenneth Williams as Rock Banyon, who becomes the prime suspect in the double murder of his occasional lover, Fresno Foxglove (Maya Rudolph), who is found dead with another man. Panicked, Rock splits for Mexico where he reunites with his one-time big band singer Delores DeWinter (Kristen Wiig). With 72 hours to clear his name or fry in the electric chair, Rock and Delores embark on a dangerous quest for the truth that takes them into an abyss of sex, drugs, betrayal and of course, jazz. While his world crumbles, Rock’s hard-charging manager Alistair St. Barnaby (Haley Joel Osment) pressures him to record a mainstream jazz album.

‘The Spoils Before Dying’ DVD will be available for pre-book on May 4. The home release will retail for an SRP of $24.98. 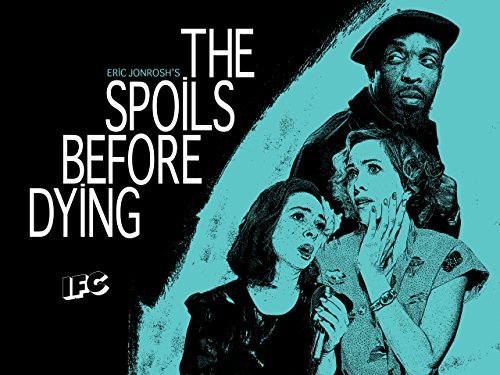