Spanish filmmaker Cesc Gay with wistful delicacy tells the story of Julian (Ricardo Darin), affected by a terminal cancer, as he prepares to face his final curtain.

‘Truman’ begins with Julian meeting his old time friend Tomas (Javier Camara), who comes to visit him from Canada to enjoy a final reunion. Tomas accompanies Julian to all the “errands” that a departing person should be doing, from choosing the urn where his ashes will rest, to visiting his son in Amsterdam for his birthday, and most importantly seek a new home for his “second son”: his dog Truman.

Julian faces all of this with emotion but also with practicality and rationale. As an Argentine transplanted in Madrid, he has enjoyed years of stardom, working as an actor in Spanish film and stage productions. Now that he has to confront a real-life plot twist he is adamant in wanting to write his own last act.

The choice of casting a sad-eyed boxer, is perfect for the melancholic dramedy, considering that throughout the narrative, man’s best friend is the unaware observer of his master’s departure. The loyal pet is the bystander of a tale of a friendship, where Tomas does not fully approve his friend’s choice in bringing his life to an end; but respects his decision and stays by his side with supportive attitude. This film does not portray the conventional carefree bromance. The male solidarity is vigorous, yet discreet, without ostentatious manifestations of exuberance, this is what makes it really poignant. 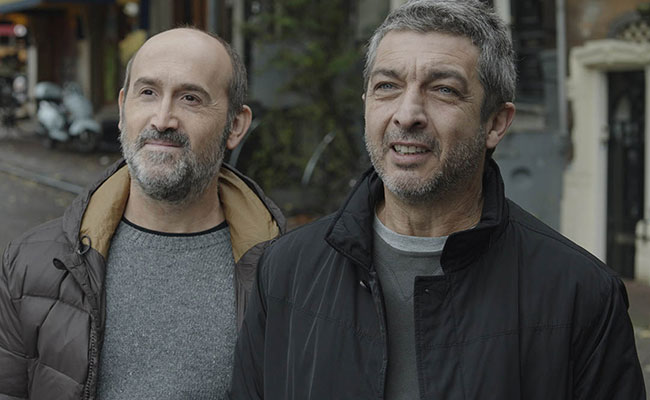