Dark and dangerous secrets will no longer be kept hidden, as horror fans can now uncover powerful, relentless forces from the underworld. Devotees of the genre are now being offered a behind-the-scenes look at content from the creators of the art seen in Issue #1 of Titan Comics’ new ‘Penny Dreadful’ prequel comic book series.

In ‘Penny Dreadful’s first behind-the-scenes video, which is titled ‘An Interview with the Writers,’ the horror drama’s executive producer and writer, Chris King, and script writer Krysty Wilson-Cairns discuss the making of, and what to expect from, ‘Penny Dreadful #1.’ The second video for the premium cable network show’s prequel comic, which is named ‘Character Creation Time-lapse,’ offers viewers a look at the making of the art of ‘Penny Dreadful #1.’ Louie De Martinis is shown bringing The Vampire Master to life through his digital drawing. 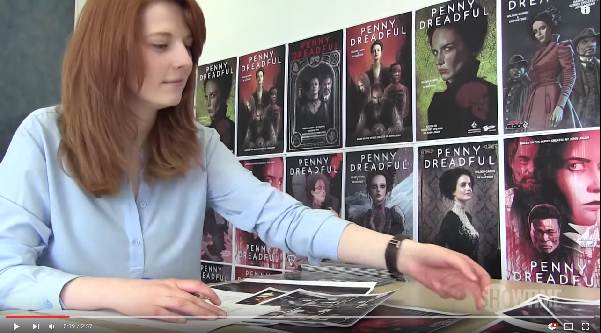